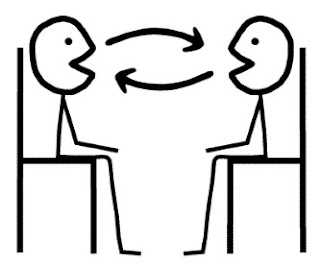 We hear so much about social networking that we almost forgot that there is also the real thing. You know, actually meeting people face to face. I belong to two organizations particularly good for that. One is Sisters in Crime and the other is Mystery Writers of America. I've been attending a lot of events for both organizations for years, and volunteering where I could (because that is an excellent way to get to know other members, to network in what can often be a clique-ish group.) Consequently, a couple of years ago I was elected president for Sisters in Crime Orange County, became vice president last year for Sisters in Crime Los Angeles, and was elected president this year for the Southern California chapter of Mystery Writers of America. I'm not saying you have to be on the board of these chapters to get anywhere, but these groups offer multiple chances to network with fellow authors and learn a thing or two about what readers want.

If you're serious about making a career in writing mysteries then networking is essential. After all, you are going to run into these people again and again at conferences and other author events. I've helped up-and-comers and veterans have helped me. In fact, I can't think of a more welcoming group than people who write about ways to kill.

But you will have lots of chances to meet and greet readers, librarians, and booksellers as well. This is networking, too, in case you missed it. And there's no better way to hand sell books than to get in good with librarians and booksellers.

I can't tell you how many times newbie authors shrug off libraries. People only borrow books from libraries, they say. That's a lost sale! But nothing could be further from the truth. Remember, libraries have to BUY the books in their stacks. And if they have a lot of branches, it would be wonderfully swell if they bought at least one book for each branch. That's a good chunk of sales right there. And if you have several formats of your book--large print, foreign language, audio--that's even MORE sales. And let's face it. My books come out in hardcover at a $26 price point. Readers who aren't familiar with my work may not feel comfortable plunking down that much money, so they try it at the library first. Hopefully, they might like it enough to buy the other books in the series.


If you're invited to an author luncheon sort of event, don't just sit aloof at the head table and chat only with your bookseller or the organizers. Get out of your seat before festivities begin and work the group! This is like a wedding--your wedding--and you should be going to each table and chatting up the people at the table. These are your guests. Enjoy yourself. If you enjoy yourself, your audience will. And a happy audience likes to give your books a chance.

You just never know when or where a good networking opportunity will present itself; in the grocery line, at a swap meet, on vacation--anywhere you find yourself. I'm not saying to hard sell, but if the opportunity arises when someone asks what you do, have that bookmark ready to give away.

Good advice. Many writers tend to be shy, solitary people (we spend a lot of time listening to the voices in our head). Others fit writing in the small spaces between the rest of their busy lives with work and family, and don't have the time or energy to go out and meet new people. But getting out and talking to real readers is important, because word of mouth is still a primary influence on what book a person will buy. Win them over one reader at a time. (Plus you never know when a stranger will provide a really tantilizing bit of information for another book.)

Excellent ideas!!! Thank you!!! I've made some of my dearest friends this way!!! Thelma Straw in Manhattan

I love meeting readers. It's the one part of promotion I genuinely enjoy. Meeting with book discussion groups is a special pleasure -- all those people gathered just to talk about one of my books. :-) It's a real boost to a flagging writerly ego.