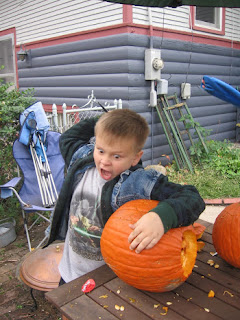 My son is a senior in high school; many senior students (about 500 of them) have signed up to play a game they call Assassins. Each student must pay five dollars to play; they they are given a name of another senior student, whom they must "assassinate" by squirting them with a squirt gun.  They are not allowed to do it in the school building, so they are relegated to stalking one another on the grounds, or even at one another's houses.  If a student is squirted, then she or he must give up the name of his or her target to his or her assassin, who then moves on to "kill" again.

This is a macabre game, yes. But the winning student gets a whole lot of money, which, hopefully, he or she will use for college tuition.

But what I didn't realize about Assassins is how scary it feels. I'm reminded of the old childhood days of playing Hide and Seek, and feeling, while I hid in a dark closet, the tension of being stalked.

For the same reason, my son's eyes darted nervously around today while he helped me carry in groceries.  He's still "alive" and has not spotted a possible stalker in the last few weeks.  This does not make him lessen his vigilance--not after he witnessed the assassination of his best friend.

I usually pick the two of them up after school. On Friday I was sitting in my car waiting.  My glasses were off (I don't need them for reading), so I was pretty blind to my surroundings.  Then I heard running feet, and two bodies slammed into the side of my car.  Alarmed, I reached for my glasses as the back doors were wrenched open.

Then I heard a girl's voice say, "Got you, Mike!"  and Mike moaned in humiliation.

I turned to see a young woman with a tuft of blonde hair--a la Pink--saying, "Sorry about that.  Could you give me the name of your target, please?"

Mike looked surly, but he named someone.  She wrote it down in a notebook and said, "Thank you!"  Then she disappeared and walked down the sidewalk.

"I'm so sorry," I told him.  And I was.  I felt somehow responsible, as though I should have parked closer or had the doors open for them.  Anything to prevent Mike from losing his "at large" status.  And while I think young men today are fairly accepting of equality of the sexes, I think he felt pretty humiliated to be assassinated by a cute (and fairly small) girl.

"I can't believe this," he said as we went home.  "This is a real weekend-ruiner."

I'm not sure what I think of this game, and I don't know how long it's been a senior tradition.

But we've all learned that a faux assassination plot creates real tension.

(pictured: my younger son assassinating a pumpkin in 2009).
Posted by Julia Buckley at 12:00 AM

I'm not sure what I think of it either, Julia, but as a rite of passage, rewarding kids for stalking and killing, even as make-believe, makes me uneasy. Maybe it would seem more benign if they called it something else, like paintball. Do the parents as a group get any say in it? Have any objected?

The "game" seems in bad taste in the best of times, but especially after last week's events in Boston. Hasn't anyone in authority tried to halt it?

The school seems to have a sense of it, but it was arranged entirely on Facebook.

On a basic level, it's not different from games like Bloody Murder, which I played in the 70s. (And that name was even more horrifying).

Of course the kids planned this long before the Boston attacks. Unfortunately, in our current climate, there always seems to be current violence to which something can be compared.

I suppose this is an offshoot of the "culture of violence" that they speak of. It's embedded in everything we do.

"The Death Game", an episode in season 5 of the old tv series The Saint with Roger Moore, involved two groups of students, each from a different university, that engaged in much the same sort of game against each other. The victim's "death" would be revealed to him, or her, via a note -- e.g., one would open a closet door, discover this also pulled a string that would in Rube Goldbergian fashion set off what might have been an explosive but actually simply displayed a card saying: Congratulations, you have just been killed [in this or that oh so clever fashion]. (Simon Templar gets involved in the "finals" of the game, when he discovers it's actually an exercise by the Bad Guys to recruit top-notch potential assassins.)

I remember this game was briefly quite popular among some of my college friends, although it never went very far, and certainly didn't extend to being chased down like your son.

My husband says he's heard of this being played in high school for decades, although I've never heard of it.

On the other hand, it dawned on me that many of us are mystery writers (so we tell stories of murder and sell them), and I think that mystery conventions often have macabre games in the name of fun.

It's not just kids who weave violence into their entertainment.

The information were very helpful for me, I've bookmarked this post, Please share more information about this
Thanks

We had that same game in college back in 1981. Once the admin found out about it, it was banned. Fun while it lasted though.