Straight from the Parade in New York City 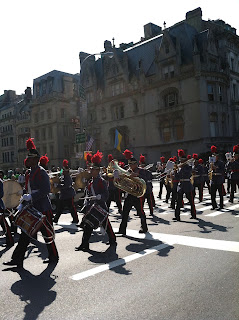 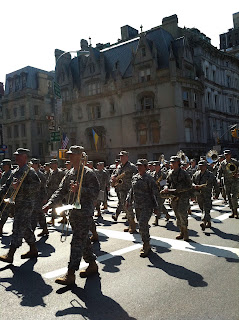 Then comes the Fighting 69th, an all-Irish regiment when they first gained fame in the Civil War, according to my husband the history buff. 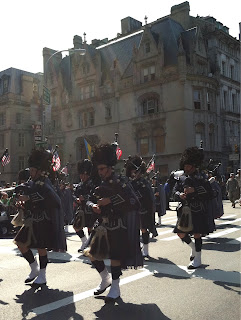 I love the sound of the pipes and the way big men look so very fetching in their kilts. 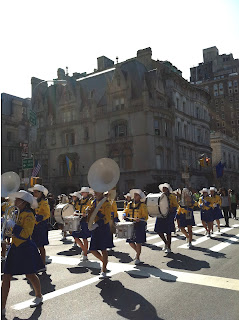 I love to see women playing drums and tubas.

The crowd was enthusiastic.

But then disaster struck. We were lined up behind the barricades at Fifth Avenue just above 79th Street. The parade route was always up past the Metropolitan Museum and east on 86th Street. But for the last couple of years, it's been announced that it would only march to 79th--presumably as an economy measure. That would have been fine if they hadn't set up the barricades and allowed the first few contingents to march all the way past them. Suddenly, a host of police blocked off the route and directed the marchers to make the turn before they reached the hundreds of parade-goers lining Fifth Avenue above 79th. 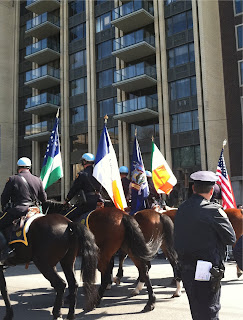 All we saw of them was the horses' arses, as they probably say in Ireland, as they marched off to a chorus of disappointed boos from the crowd. 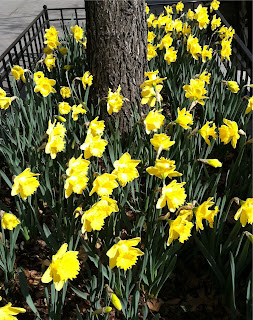 That was the end of the parade for us. But it's a glorious day in Central Park, with daffodils in full bloom, star magnolias (the early, fragrant ones) coming into their glory, and the pink magnolias around Cleopatra's Needle in bud. 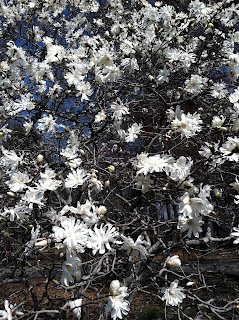 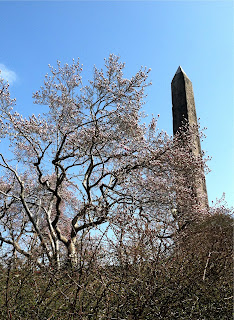 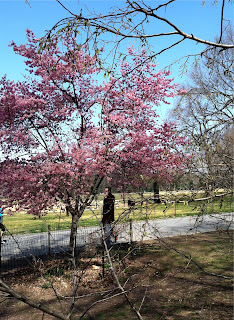 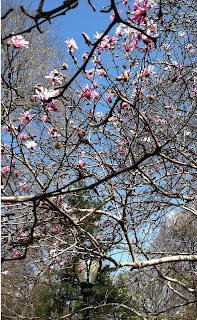 Posted by Elizabeth Zelvin at 3:46 PM

Looks gorgeous! I'm sure this St. Patrick's Day has unprecedented warm weather around the U.S.

We just got back from the Chieftains' 50th anniversary concert at Carnegie Hall, a perfect end to the Seventeenth o' March. I'll blog about it later in the week.

I was at the parade. I haven't been in a long time and I had a good time. I was closer to St. Patrick's Cathedral.