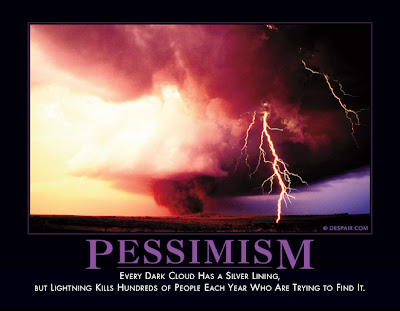 The weather has been amazing in Chicago for four days now, and we're breaking all sorts of warm weather records. I'm sure people in all parts of the U.S. are used to the sentence, "We haven't had a day this warm since _________" (fill in your own date).

So naturally all of the warm-weather lovers see this early Spring-in-Winter as a boon, a gift from the gods, and have come out of the woodwork in their shorts and halter tops to rollerblade, walk their dogs, ride bikes, jog.

I certainly enjoy the breezes coming in my window and the scent of flowers beginning to bloom, but a dark part of me (and I fear a fairly large part of me tends toward darkness) sees this as a terrible illusion, a pleasant mask over something terrible. Last week I talked about Hamlet, and I can't forget his fear that "Time is out of joint; o cursed spite/that ever I was born to set it right." Hamlet was under the impression that he could set it right, which, in a way, he did. I'm not as sure that we have that option.

Whether or not one believes in the Global Warming phenomenon (and why wouldn't someone believe it, again?), one certainly can't deny that our weather is changing. Last month I heard an interview with a local meteorologist who said, in essence, that he'd been a forecaster for thirty years but that his job had become hard because "this is no longer an atmosphere that I recognize."

We've always weathered extreme storms, of course. But the storms of today, especially in a place like the once-stable Midwest, which could boast freedom from east and west extremes like hurricanes and earthquakes, seem different. After the last two summers, I feel tempted, for the first time in my life, to dig an underground shelter.

And what are we to make of an almost non-existent winter and too-early spring? I told my son, jokingly, that his children might not know what snow was, and he said, "It's okay; I can tell them." I suppose he is the optimist in this matter, but he pretty much has to be. He has many years ahead of him, and he needs a world that he can count on.

I realize that pessimism may just be a part of my makeup, a particular twist in the strands of my DNA. But because of it, I can't truly enjoy these sunny days because of my fear of that sun's encroachment on the earth.
Posted by Julia Buckley at 12:00 AM

When my daughter was young and we lived in Pennsylvania, I used to tell her that "we had a lot more snow when I was your age." Turns out that was more than nostalgia talking--snowfall totals in Pennsylvania (and elsewhere) really have fallen over the last few decades.

It's not hard to swallow that climate undergoes gradual changes over centuries or millennia, but within living memory? Scary!

I don't think you're alone in your concerns. Many of my friends in Illinois are expressing the same thoughts. They are waiting "for the other shoe to drop." It seems the human mind has to find some way to cope with a change in something as predictable as seasonal patterns. Perhaps these concerns also indicate the pessimism over the last few years of recession, job losses, and the political climate. People are less apt to believe we have any control over our lives.

I too remember those snowy winters, Sheila. But we've only had a couple of "major" snowstorms in the last decade.

Susan, you make some great points. And it probably is ultimately about control, since I am a control-oholic. :)

Humans *can* control what's happening to some extent, but that would require the majority of us agreeing and approving the needed action, and that isn't going to happen. The climate is changing much more rapidly than scientists predicted, yet many people continue to deny reality and nothing is done about it.

This morning's Washington Post has a story about a vital supply road in Louisiana that is going underwater as the land sinks (a result of redirection of the Mississippi) and sea levels rise. This road is the only route for getting a huge amount of oil and gas inland from the coast, but the state can't afford to elevate the entire roadway and the federal govt refuses to pay for it. http://tinyurl.com/7azfrdo
This is happening right now, and little is being done about it.

That is really a bummer. And it reminds me of this poem:

"A planet doesn’t explode of itself," said drily
the Martian astronomer, gazing off into the air.
"That they were able to do it is proof that highly
intelligent beings must have been living there."