Oh Mother, Where Art Thou? 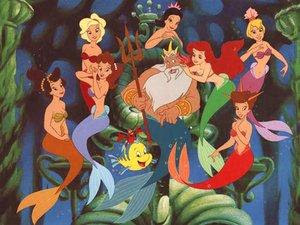 Yesterday I watched HOW TO TRAIN YOUR DRAGON with my youngest son. This Paramount picture came out in 2010 to much acclaim, and I can see why: splendid animation, a neat story, a wonderful dragon who reminded me a lot of my cat, and talented voiceover actors. But I ended up with the same complaint about it that I have about a vast number of movies like this: there was no mother.

Yes, the mother was CONVENIENTLY DEAD, as are many mothers in the patriarchal scripts of Hollywood. Even more troubling to me is that the most common movie offenders in this vein are movies for kids. Don't believe me? Let me list them for you:

2. Snow White . This poor girl has no parents, but does live with AN EVIL QUEEN who wants her dead.

3. Cinderella (just a father and an EVIL STEPMOTHER. Mother figures are bad, says the subtext).

4. Beauty and the Beast. It's just Belle and her good ol' Dad, and then of course her beast boyfriend.

5. The Little Mermaid. In both the Hans Christian Andersen fairy tale and the Disney movie, a mother is significantly missing; Ariel's conflicts are with her father, Triton, and an EVIL SEA WITCH named Ursula.

6. Finding Nemo. No Mom. The movie is about Nemo's father trying to reunite with his son.

7. Ice Age. Mom dies in the first minute. The rest of the movie is about three male animals trying to reunite a male child with his father.

8. Pinocchio. All a little wooden boy needs are his father/creator, Geppetto, and his conscience, Jiminy Cricket. All of the main characters are male except for the Blue Fairy.

9. The Lion King. Yes, there is a mother here--she just barely has any significance in the story. The tale is about a father and son. Read the summary of the film on Wikipedia to see how influential the mother is in this movie.

10. Pocahontas. Mother is dead. She is present only in a necklace that Powhatan, the chief, gives to his daughter. Where does Pocahontas go for motherly advice? To a tree called Grandmother Willow.

11. Tarzan. Tarzan has no parents at all, but does have a gorilla mother. Jane has only a father, a non-threatening absent-minded sort of fellow.

12. Aladdin. Aladdin has no parents at all, and Jasmine, his love interest, is the daughter of the Sultan. There is no mother; instead Jasmine has a male tiger as a companion.

13. Pirates of the Caribbean. Jack Sparrow, the pirate, has only a father (played by Keith Richards). Elizabeth Swann's mother is dead, and her father is her sole (and protective) influence. Will Turner's mother is never seen, but there is much talk of his pirate father, with whom he is eventually reuinted.

14. Star Trek (the new JJ Abrams film). This one is the worst recent offender. There is a mother, who gives birth to James Kirk in the first scene. But her SOLE PURPOSE in the film seems to be that moment of giving birth to a hero, after which WE NEVER SEE HER ON SCREEN AGAIN, despite the fact that Kirk has some important moments which are attended by father figures. The message seems to be: in giving birth to James T. Kirk, the mother has done her job and now has no more significance in the story.

These are just a few off the top of my head. I'm sure you could name many more. Am I framing this criticism through a feminist lens? You bet I am. And I am more and more disenchanted with Hollywood for continuing to downplay the important role of women and of mothers simply because they don't know what to do with them in their scripts.
Posted by Julia Buckley at 12:00 AM

Julia, I've always heard that the tradition of motherless cartoons started because Walt Disney lost his mother early in life. I just tracked Walt and his mom, Flora Call Disney, through Wikipedia, and it seems he was 37 when she died. So much for that myth! I agree it's a feminist issue. The best you can say for it is that our culture believes that if the mother is present, a child is safe and happy--and never has any adventures. ;)

PS The tradition probably started much earlier, in fairy tales and folk tales.

This is a really scary analysis.

And what about Nancy Drew? Her mother was conveniently gone, although she did have the faithful Hannah. But Hannah was the hired help, which put her in a feeble position. Could you say she gave Nancy love but she lacked power?

That's a good point, Liz, but it brings up another of my pet peeves: folk tales, fairy tales, mythology--and the fact that women were either virginal (good) or EVIL. Look at all the female monsters in Greek mythology.

Sheila, what a good point. Yes, Nancy needs that father figure, and Mom's absence is never really an issue in the books, is it? Even though Nancy is at an age when a young woman would certainly look to her mother for guidance and role modeling.

Yes, Hannah--she's absolutely harmless in her warm domesticity. It's Carson Drew who gets to be the intellect.

There was another blog a month or two ago on the subject of missing moms. The blogger challenged us to come up with memorable moms in literature. The best I could come up with was Marmee in Little Women.

Here's an interesting take on the "mother influence" in Pride & Prejudice. Mrs. Bennett gets universally panned today, but, given her time and place in history, she is her daughters' champion, while her husband completely abdicates his role in providing for them. It's easy for us today to laugh at her any-marriage-is-better-than-no-marriage philosophy, but she has a realistic view of the fate awaiting unmarried young women without fortune or skills for the few jobs available to them. Our modern, independent heroines are one thing, but the historical female sleuth who rises above the restrictions of her time and class is truly to be applauded.

Here's an interesting take on the "mother influence" in Pride and Prejudice. Mrs. Bennett is universally panned today, but, given her time and place in history, she is her daughters' champion, while her husband completely abdicates his responsibiliy for them. We might laugh today at her any-husband-is-better-than-no-husband philosophy, but she has a realistic view of the fate of unmarried women with no fortune and without the skills for the few jobs available to them. Our modern heroines do very well, but the historical female sleuths who overcome society's restrictions on them are truly to be admired.

LD: how interesting! Do you remember which blog it was?

AliasMo, at least the girls In P and P had a mother, whom they loved despite her flaws. And that's an interesting point about her being a champion for her children rather than a shallow and marriage-obsessed woman.

Julia - It took a little hunting. Turns out the blog I remembered was from back in May (wow, that was a fast summer). Here's the link if you're still interested: