My Date with Nancy 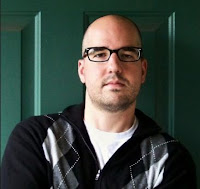 Confession time: Until recently, I had never read a Nancy Drew book.

I suppose it’s not that shocking. After all, I’m a guy whose debut novel, Death Notice, features a serial killer, embalming and taxidermy. You’d be correct in thinking that my influences are a tad edgier than a teenage sleuth aiming a flashlight up a hidden staircase. But the main character of Death Notice and its forthcoming follow-up is a woman. A woman police chief, to be precise. And she most definitely has read Nancy Drew. So, in a very Actor’s Studio-like attempt to better understand my protagonist, I decided it was time to get to know that famous girl detective. The result was my date with Nancy. 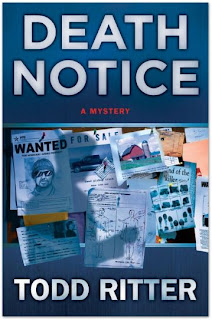 Going in, you should know that this was pretty much a blind date. Sure, I knew who Nancy Drew was. Who doesn’t? I was familiar with some of the titles and a few of the more iconic book covers. But other than name recognition, I knew next to nothing about Nancy herself. That’s why I chose to read the first book in the series, The Secret of the Old Clock. I wanted to be introduced to Miss Drew the same way the world was. Let’s start at the very beginning, as Maria von Trapp used to sing.

The book’s first line — Nancy Drew, an attractive girl of eighteen, was driving home along a country road in her new, dark-blue convertible — surprised me. For one thing, it’s pretty much timeless. Even though written more than eighty years ago, it could conceivably be the opening line of a teen detective novel published in 2011. Then there’s the description of Nancy herself. For some reason, I had always pictured her as being a little bit frumpy. You know, cable-knit sweaters, tweed skirts and sensible shoes. More Velma than Daphne, to use Scooby-Doo parlance. But this pretty girl in the cool car? Well, she’s totally a Daphne.

And, as we see on the second page, a woman of action. We’re barely into the seventh paragraph when Nancy leaps out of her car and rescues a little girl who has just fallen off a stone bridge into a ravine after almost getting run down by a moving van. Whew! This action sequence to kick things off was another surprise — Nancy Drew as Jack Reacher. 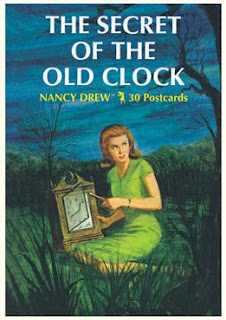 The rescued girl is named Judy. She lives with her great-aunts, who are kind but poor. A distant relative, Josiah Crowley, had promised to leave them money in his will. But when Josiah died, he left his fortune to other relatives, the shallow and scheming Tophams. Yet there’s a rumor that another, later will exists in which old Josiah gave others their rightful share. Nancy, of course, takes it upon herself to find the new will.

I’m not going to go into too much additional detail about the plot. It’s pretty simple: Josiah seemed to be related to half of River Heights and promised them all a bunch of money. The Tophams are bad. Everyone else is good, save for those shady men in the moving van who almost ran down Judy. And it takes a painfully long time for the book to reveal that the location of the second will is hidden in an old clock, which anyone who has read the title already knows.

So, did I like The Secret of the Old Clock? Yes and no.

I really didn’t care a whit about the plot, whose outcome could be predicted by even the youngest members of its target audience. I found it odd that none of the many, many relatives of Josiah Crowley gave much of a fuss over the missing will until Nancy got involved. And I thought that Nancy’s interactions with all of these scattered heirs were so sickly sweet that I cheered every time the mean Topham sisters appeared and added a much-needed bit of nastiness to the proceedings. Call me cynical, but after reading a scene in which Nancy spoon-feeds broth to an elderly shut-in, I need a little villainy.

Yet I can see why these books appeal to young girls. Who wouldn’t want to look for long-lost secrets in an old clock? Or discover a hidden staircase or search a haunted showboat? Reading the long list of Nancy Drew titles, one can’t help but feel tantalized by all the slightly spooky adventures on tap. Even I, a jaded 36-year-old, am curious about The Flying Saucer Mystery.

Then there’s the character of Nancy Drew herself. By the end of The Secret of the Old Clock, I realized something strange: Despite all of her do-gooding instincts, I genuinely liked Nancy. She was kind, honorable and honest, not to mention brave. I mean, the girl’s not afraid to confront furniture thieves or dive into a car chase. If the term plucky hadn’t been in use before Nancy Drew books were published, I’d think it was coined just to describe her. In times of trouble, you want someone like Nancy to have your back.

That simple fact is why Nancy still endures after all these years. Girls (and hopefully a few open-minded boys) read her and see the goodness in people. Not only do they want to know someone like Nancy Drew, but maybe they strive to be like her, too. And that’s all we can ask for from our literary heroines.

Now, will I be reading another Nancy Drew mystery anytime soon? Probably not. They weren’t written for guys like me, of course, and I have books to write and even more to read. Yet, if I one day find myself on a snowy Sunday afternoon with nothing good to read, I just might grab my Kindle and give Nancy a call. There is that hidden staircase to explore, after all. And the haunted showboat. And that flying saucer. Finding out the answers to those mysteries might be worth a few more dates with Nancy.

Todd Ritter is an author and editor. His first mystery, Death Notice, was released in October by St. Martin’s Minotaur. Visit him online at www.toddritteronline.com.
Posted by Sandra Parshall at 3:00 AM

Congratulations, Todd, you have singlehandedly ruined the reputation of New Jersey newspaper reporters as tough guys. Wally Stroby is ruined. (I probably wasn't really fooling anyone in the first place).

I think Nancy's reputation is the one in danger here!

Good for you, Todd. It's nice to know you want to understand your female protagonist well enough to read what she read. But what did you read as a child? You made me realize I have no idea what my male protagonist read--or if he read at all. I need to think about that.

Don't worry, Brad and Sandra. I think everyone's reputations will remain intact. Except mine after I tell Ellis that I read a lot of Trixie Belden books when I was young. I think my mom and sister had the whole set. I graduated very quickly to Agatha Christie and then Stephen King in the sixth and seventh grades.

I salute your initiative and spunk, Todd. I do believe you and Nancy would be great chums - Ned wasn't as adventurous as you are.

Interesting to get your perspective on the plots. When I was a girl, half the fun of Nancy Drew was reading what she wore and what Hannah Gruen packed in their lunch baskets so the slow plot didn't bother me. But what would I know about plot? I was ten.

Hi Todd, I grew up on Trixie Belden, too. I still have those old falling-apart hardbacks. Did you read Hardy Boys? They're much like Nancy Drew only with more fight scenes. The boys also drove speedboats and airplanes. And I don't think they ever kissed their girlfriends.
Sally Carpenter

Todd, without your mother and sister you might not be able to write a convincing female protagonist. I hope you've thanked them for their positive influence.

Rochelle's comment refers to the clue that Todd read the wrong edition, the updated version rather than the original. Todd, Nancy didn't drive a convertible, although, like you, today's girls may think she did: it was a roadster--period vs "timeless." It wasn't just the pluck that made Nancy such a great role model, but also her independence and self-reliance. Her boyfriend Ned probably grew up to be a house husband.