I’ve heard that some editors no longer want to label a certain type of mystery as a “cozy” because they think it’s limiting.

Publishing is a label-loving business, though – everything must be categorized for marketing purposes – so if “cozy” goes, something must take its place. “Traditional mystery” seems to be the preferred substitute. It’s a broad term that covers everything from talking animal puzzles to Louise Penny’s Inspector Gamache tales.

At first I thought it was okay to apply the traditional mystery label so freely, but I’ve changed my mind. The trouble with lumping diverse books together is that readers won’t know what to expect. A true cozy is a far cry from the darker traditional mysteries I write. I wouldn’t want a dedicated cozy reader to pick up my books expecting to find recipes or knitting patterns in the back. I don’t want readers who enjoy darker mysteries to avoid my books because of the “traditional” label.

Maybe we need more categories, not fewer. Cozy is a time-honored label and shouldn’t be abandoned, and readers are directed toward their favorite type of cozy with the kind of taglines Berkley uses: a coffee shop mystery, a cheese shop mystery, etc. Sensitive readers won’t get any unpleasant surprises when they sit down with one of these books. It’s trickier to label the darker mysteries, the stories with an edge that lean toward suspense but don’t have the degree of violence and gore found in thrillers. I place my second and third books in that category.

I still consider my first published novel, The Heat of the Moon, psychological suspense. I was surprised when it was nominated for an Agatha Award, and shocked when it won, but I wasn’t about to refuse the honor on the grounds that my book wasn’t a traditional mystery. For that matter, it isn’t a murder mystery either, but Rachel, my protagonist, does solve a mystery, so I don’t feel guilty about that teapot sitting on a nearby shelf as I write this.

When my second book, Disturbing the Dead, came out, some reviewers called it suspense, others called it a thriller. I was interviewed about it by the International Thriller Writers newsletter (fantastic free publicity for which I am grateful). But I thought of DTD, and still do, as a traditional mystery.

MY third book, Broken Places, out next month, is also a traditional mystery. But like DTD, it has little in common with cozies. The small community where my characters live may be in the beautiful Blue Ridge Mountains, but it’s not the quaint, picture-postcard setting found in so many cozies. My fictional county has its wealthy citizens and its middle-class, but it also has poverty, ignorance, meth addicts, and racism. Everybody knows everybody else, but that familiarity is as likely to breed hostility as goodwill. Relationships are complex, with more hidden threads than you’re likely to find in cozies.

If editors are claiming the term “traditional mystery” for books-formerly-known-as-cozies, how do I label my novels to set them apart?

After my editor read the manuscript of Disturbing the Dead, she called it a gothic. That startled me at the time. However, when a Publishers Weekly reviewer described it as “a lethal gothic drama” I began to see that the label fit. Now, with Broken Places, I’m comfortable with the idea that I write gothic mysteries. 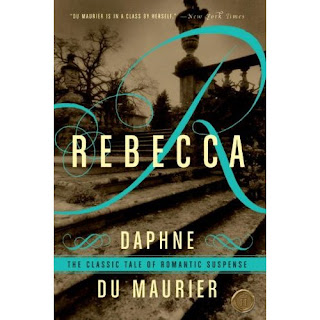 And what elements distinguish a gothic mystery? This type of book has often been set in the past, with a female protagonist who is in danger, but in its modern form neither element is required. John Hart and Thomas H. Cook write gothic mysteries, set in the present or near past and featuring male lead characters. What’s always required is a sense of dread and growing menace. In this respect, The Heat of the Moon could be labeled gothic too — it has a lot in common with Du Maurier’s Rebecca, a classic gothic (yes, I thought of Mrs. Danvers when I created Rachel’s mother) that is labeled these days as romantic suspense.

Tangled relationships and dysfunctional families, long-buried secrets, lots of twists and surprises — you’ll find all of these in gothic mysteries. That’s the kind of book I enjoy reading and the kind I enjoy writing. It may well be the only kind I’m capable of writing. I suspect that if I set out to create a light, humorous mystery, it would go dark on me by page 10 despite my best efforts. I can’t help it. Broken Places includes a scene with Rachel and a goat that would be hilarious if Donna Andrews had written it, and I intended it to be comic relief, but I think it feels more threatening than anything else.

So: I am an author of modern gothic mysteries. I can live with that label.

And I wouldn't have you any other way! We need our modern gothics. A bridge to the classics, but with a new twist.

What a great piece! In trying to market a book to an agent, I started out calling it a 'cozy', but the rejections made me think I had mislabeled it. As I pondered that, I realized that the people are too depressed and dysfunctional for it to be a cozy. LOL!

Suspense, maybe? My tastes vary, and what I want to read depends on what's going on around me. During the Iraq invasion, I - being a military brat - felt that if it was going to be televised and those kids had to go through it, I had to watch. They're family. But I eventually stressed out, and fortunately had a new cozy I hadn't read, so I shut all off and read it in a day. Other times, I'm deep into the darker mysteries. If something stressful is going on I want light, other times, love the darker mysteries. I've recently added the more 'thriller' types, like James Rollins or Christopher Reich. Room for all.

I completed a humorous mystery that had a little too much swearing and sex to be considered a cozy. (I had one agent say as much.) I considered it a chick-lit mystery, as did the agent who offered representation. But that term was starting to fade from favor, so she marketed it to editors as a "character-driven mystery." In the end, I think the fact that it wasn't cozy enough prevented the book from finding a home.

Now I'm working on a psychological suspense novel. I think. ; ) Sandy, having read your wonderful first novel, and based on your description of a gothic mystery (twisted relationships, buried family secrets, etc.), I think I'm actually writing one of those. I adore all that dark stuff!

Welcome to the dark side, KC. I hope you'll find a home for your book. Putting the wrong label on a book can certainly hurt when you're trying to sell it. If your agent sees it as one thing and it's really another, she'll send it to the wrong editors, and that is a guarantee of a rejection.

So true, Sandy. My books have quilts and dogs and gardening and cooking but they sure aren't cozies. My editor calls it psychological suspense but others have tagged my stuff Southern Gothic.

I wouldn't mind being classed with Daphne DuMaurier! (I too have a character based on Mrs. Danvers. That awful woman must haunt a lot of us.)

Your tag of dark mystery is a good one ...

Vicki, you're lucky to have the Southern Gothic label available--us New York City folks don't have any equivalent. If you're from Brooklyn and write noir, you can be Brooklyn Noir, but neither of those applies to me. What I'd really like to do is reserve the "traditional mystery" label for character-driven whodunits (and Sandy, I think Disturbing the Dead fit that category) that are deeper if not necessarily darker than true cozies. I'd put my own books in that category along with, say, Julia Spencer-Fleming's. But if agents and editors don't see it that way, it won't do me any good.

As a reader, the labels are confusing. I know what I like to read--good plots, interesting, developed characters, solving a puzzle, snappy dialogue, minus blood, gore and graphic violence, racism, sexism and homophobia, espionage, war. That's a lot to ask for, I know.

Yet I find a lot to read and the books must be from different genres and categories.

So, it's really the individual book in the long run. Therefore, I read book reviews, mystery websites and blogs, including those of authors, reviewers and book lovers, and then figure out what interests me and what I'd like to read--without the labels.

Sandy, love your modern Gothics:)
I never heard anyone say we should have even more categories, but hey, let's go for it. Great piece.

Oops, you know my last name is not Shas, right? That's why I was supposed to preview before hitting the send button.

Wonderful analysis, and I agree with you, more labels. Glad you found yours.
By the way Sandy, notice I'm a day late? Hrrumph!
Patg

Fascinating discussion, Sandy, as always. Your writing reminds me a bit of Barbara Vine (Ruth Rendell's alter ego). I've also been stuck a few times trying to characterize my stories, but they've been called gothic by several reviewers, so maybe that's what I should call 'em, too!