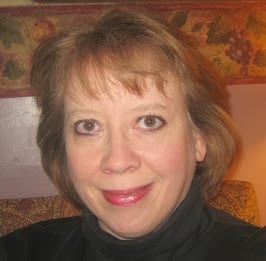 We are all saying bittersweet goodbyes on Poe's Deadly Daughters this week.  As life would have it, I am also teaching Shakespeare's The Tempest, which is filled with themes of loss, sacrifice, and farewell, so I've been contemplating my farewells via the language of The Bard.

The main character of The Tempest is Prospero, a brilliant man who becomes a mighty sorcerer.  Some critics suggest that he is meant to be a reflection of Shakespeare himself, since The Tempest was his final play. While Prospero enjoys twelve years alone on a magical island (aside from his daughter and a monster named Caliban), and his personal power builds to a mighty climax, he ultimately sees it all as an illusion--"We are such stuff as dreams are made on"--and decides to give it all up: his power, his daughter, his grudge against those who tried to kill him, his spirit friend, Ariel.

Despite the enormity of his loss, Prospero sees that it is right for him to move on.  His daughter will marry, he will forgive his murderous brother, and he will return to Italy, where he plans to retire, and "where every third thought shall be my grave."

The beast Caliban, once Prospero's slave, will be left to rule his island alone, and Ariel, Prospero's beloved spirit slave, will be allowed, after decades of servitude, to fly away.  Prospero asks him to do one last job--to ensure good winds to blow the ship back to Italy. Prospero says, "Ariel, Chick, that is thy charge, and then to the elements be free, and fare thou well."

While we daughters were not mighty sorcerers, we enjoyed a special camaraderie here on the blog, which was its own little island in the virtual world.  We all feel, despite our enjoyment of the blog and one another's company, that it is time to move on (where our thoughts will not be of our graves, but of our new writing projects).  Like the other daughters, I will still be posting--in my case, at Mysterious Musings, a blog even older than PDD, but which has been mouldering a bit and now will be revitalized.  I have a new series contract with Berkley Prime Crime, and I look forward to writing about my experiences in the coming months.

I will miss being a part of this blog, which I like to think was a fun and interesting resource for those in the mystery community, and even for those who merely sought a thought-provoking post.  I will miss my fellow daughters, but I will keep in touch with them online (thank you, Facebook).

I wish all of our readers well, and to my wonderful Poe sisters, I say, "To the elements be free, and fare thou well."

Julia, as well as being part of our family, your posts have made us part of yours. I hope you'll keep us informed on the boys' progress as well as your new Berkley series.

I'll miss reading your thoughts about writing every morning. I've enjoyed what you've had to say for several years now. Thanks for keeping up your blog for so long--you've educated a lot of readers and writers.

The best thing about being part of this blog has been getting to know my blog sisters so well. As far as I'm concerned, we're all BFFs!

Susan, it was nice to have loyal readers like you, who made the writing worth the effort.