Do You Have To Like A Strong Woman Protagonist?

a. How kick-ass do women have to be and still maintain their credibility?

b. Are perky, sassy protagonists who don’t know a pistol from a revolver TSTL (too stupid to live)?

c. Ultimately, do we want our female protagonists to be saved by (of course) a dashing male cop, PI, CIA agent, or all of the above? 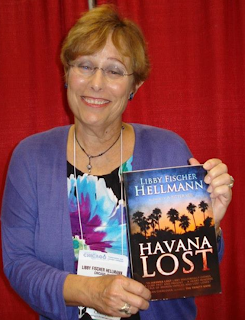 My answer to all the questions is—huh?

Actually, I’m reminded of the line in the song by Country Joe and the Fish all those years ago:

“And it’s one-two-three … what are we fighting for?
Don’t ask me, I don’t give a damn. Next stop is Vietnam.”

There was this movement in the 1960’s and beyond. They called it Women’s Liberation. Not to beat a dead horse, but it was a pretty powerful phenomenon. If you remember it, you’re probably too old. And if you heard about it from your mother, you may have rebelled against it simply because your mother held it dear (Hey, we all rebelled at some point or another).

But the bigger issue of that movement, Sheryl Sandberg and LEANING IN not withstanding, is that whatever a man could do, so could a woman. And that included writing crime fiction. Sara Paretsky, Marcia Muller, and Sue Grafton led the way. Since then, we’ve had hundreds of women writing crime fiction, and hundreds of female sleuths. You might even call the present the golden age of female sleuths.

So why argue about the type of sleuth we create? Isn’t it enough to have a host of characters we never had sixty years ago? Some sleuths will appeal to a certain corner of the reading public; others won’t. But isn’t there room for everyone? No matter what the sub-genre?

Ok. I’ll admit something. I’m not a big fan of cozies. I write dark. I can’t help myself. But that doesn’t mean I don’t appreciate the craft and talent that goes into a Julie Hyzy or a Roberta Isleib novel. The protagonists of those novels are determined, focused, and sometimes seriously funny.  And the Deborah Knotts, Rachel Goddards, and Gemma Jameses of our traditional mystery novelists are all strong, capable women.

Hopefully, mine are too. My PI Georgia Davis handles a Glock as easily as a knitting needle, and Frankie Pacelli, my latest protagonist in Havana Lost… well… (spoiler alert averted), evolves into a very different person than she was.  Still, that seems to rankle some readers. Some reviewers have said they’re “disturbed” by Frankie Pacelli’s transformation from a vulnerable girl to a powerful woman.

My response? She had to change.  When you lose the things you love most, it changes your life. One day the future looks clear and rosy, filled with possibility. The next day all hell lets loose and your dreams are destroyed. You see the world differently, and you act accordingly.

But that’s the way it goes. The women I write about react to their environment and what life throws at them, in many cases more fundamentally than men. They adapt. They try to make chicken salad out of chicken whatever. They might go to extremes to protect what they cherish, but, like other so-called “villains,” they are heroes in their own mind. So, for me, likeability isn’t the major issue. Survival is. How they deal with adversity.

In that sense Havana Lost is the noir version of my previous thriller, A Bitter Veil. Readers of Veil tend to love the fact that Anna is brave, courageous, and tolerant. A heroine. In Havana Lost, however, it's not so clear-cut.

That was no accident. The point of my so-called “Revolution Trilogy” (Set the Night on Fire, A Bitter Veil, and Havana Lost) is that extreme conflict turns some people into heroes, others into cowards. Revolution is not a tidy package. Revolutions are messy, chaotic, brutal.

But some of us are more resilient than others. Some bend, others break. Most muddle along, doing our best to cope with an unpredictable future. Bottom line: we don’t really  know how we’ll react to disaster until it strikes. Would you stay strong or go under? How much pain, danger and loss would it take to drive you to acts of which you’re not proud?

So, in a way, I am pleased people are disturbed by Frankie’s evolution. In my view that’s what thriller writing is all about. The unpredictable is more thrilling than the predictable.  Even if it means perhaps not liking a strong female character. That’s okay. We’ve worked for the privilege. We’ve earned it.

Thanks, Poe’s Daughters, for letting me vent. I hope you’ll give Havana Lost a look.


Libby Fischer Hellman is the author of several mystery/thriller series and standalone novels and is a past president of Sisters in Crime, an organization founded by Sara Paretsky tp promote equality for female crime fiction writers. Learn more about Libby and her work at www.libbyhellmann.com and www.facebook.com/authorlibbyfischerhellmann.

Posted by Sandra Parshall at 1:00 AM

Great to have you on Poe's Deadly Daughters, Libby. For me, it wasn't that Frankie became a powerful woman but what she did with her power that made me like her less at the end of the book than at the beginning. But that didn't make me dislike the book itself. In fact, it never even occurred to me. As a reader, I like endearing characters best. But as a writer, I've just put out an e-collection of some of my stories, and two of the five have women who kill as protagonists. Come to think of it, I have no interest in writing from the POV of men who kill. So for me it is a feminist issue--and a fascinating discussion.

Welcome, Libby. While I write cozies, I can't tolerate stupid, helpless women, so my heroines end up saving the guy as often as not, or at least it's a joint effort. And I discovered in one of my last books that my protagonist knew how to shoot a Glock, something that had never come up before. No fragile flowers of femininity allowed!

My editor and I got into an email argument when she claimed one of my protagonists was being "mean" to another character. I didn't see it, because that character was meant to be obnoxious and needed to be reined in. I refuse to limit myself to "nice" characters.

So thank you for defending strong women characters, and for joining us here.

Editors and readers demands that female protagonists be "strong" -- but they have to be nice and lovable at all times too. It's enough to drive a writer crazy.

I feel your pain, Sandra. I've created one strong female character, a Russian terrorist, who was cunning and smart but not very likable. It's hard to make a female character both strong, likable, and feminine, especially for a male writer.
Many other female characters of mine, including kick-ass ones, have many positive qualities, though. I find no problem writing about either, likable or not, because I admire smart women. Of course, I'm here, the odd man out, because this blog's pages are populated with very smart women! If you look at the interviews on my website, they're probably biased toward smart female writers. I've learned quite a bit from them...and certainly everyone here--probably more than from male writers. (Yeah, I know, flattery gets me nowhere.)
r/Steve

Thanks for the comments, everyone. It's good to know I'm not swimming (totally) against the tide.
Speaking of likeable characters, Gillian Flynn deliberately wrote about unlikeable people... and there is a chorus of readers who disliked the book because of that. Which is a shame, because I think it's masterfully written. It took a lot of guts to do what she did, and I think she succeeded beautifully.

What? You wrote a lead character who actually grew and changed and wasn't 1950s Doris Day perfect?

No wonder you got static from readers who believe fiction should be a nice reliable sedative.

Libby, I understand your concern. And I have the sales figures to back up my view that certain readers really want to like the character first, before they'll follow her into a story. (I have written 2 mystery series---one cozy, the other "edgier," and my cozy readers really, really disliked the edgy one. And vise-versa. The twain rarely met!) I think a writer's best strategy might be to envision the reader first--and position the story, the characters, the tone, the voice, the cover (the whole package!)toward that reader as we write the books. In other words: Who is your reader?? What are her tastes? Plan accordingly. I don't mean that the writer must deliberately write the story to please a block of readers---not exactly---but we have to do everything possible to help the right readers FIND our books--via cover art, cover copy, publisher marketing, self-promotion---all of it. Positioning is vital. Write what you like---a character who grows, shoots guns, preaches sermons, falls in love, has sex, beat the bad guys, can't be trusted, leads a revolution, grow roses---whatever. Just be sure to think of complex ways to reach the readers who will love that character most.

Different readers want different things from fiction. Some people want what Lenny calls a reliable experience that will leave them feeling good, with no troubling after effects. Others want to be challenged. They want books that will create lingering questions in their minds. Some just want the thrill of being scared in a safe way. We can't possibly appeal to all readers with the same book.

Nancy's dilemma illustrates the decisions writers must make if they depend on writing to make a living. They have to find a way to write what they love while appealing to enough readers to earn a substantial amount of money from their books. Those who don't expect to make a living from writing may have more freedom.

Suzanne,
I did a self-analysis the other day and decided that female protagonists in my sci-fi thrillers and mysteries owe a lot to Heinlein's Friday...in other words, Friday influenced me as a 13- or 14-year-old and both she and my characters sound like your Elyen. Sandra's comment applies here: men and boys can relate to strong female characters because some males admire strong, smart women. If that weren't true, Land's Sheriff Strong series would have been a complete flop!
r/Steve