What do hybrid authors want? 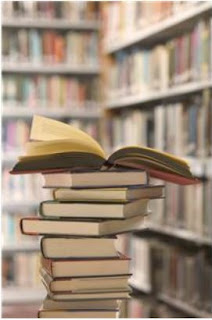 Hybrid seems the way for writers to go these days, and I’ll admit I feel like a dinosaur because I haven’t made the jump yet.

Hybrid authors are savvy about both types of publishing, and many have negative opinions of print publishers. They know what their choices are, and the most successful among them are skilled at marketing. They tend to make more money — often far more — from self-publishing than from their traditionally produced and marketed books.

So why are they still willing to take the print route with some of their work, and what does a traditional publisher have to do to hold onto them?

A new Digital Book World/Writer’s Digest report offers insights that might make traditional publishers more than a little nervous. The report, for sale through the DBW website, is the result of a 20-question survey of 121 successful hybrid authors, followed up by 17 in-depth interviews. Although I can’t quote from it directly, I’ll summarize it, and you can decide whether you want to pay to read it in full.

The major complaints about print publishers won’t surprise anybody:
*Writers are not respected as partners in the process.
*The author has virtually no creative control. The person who spent a year or more pouring her/his heart and soul into writing the book loses control of it when a publisher takes over.
*Communication between publisher and writer is poor.
*Getting a book to market takes too long (a year, 18 months, or more is typical).
*Royalties for the writer, including digital edition royalties, are too low.
*Few books receive marketing support and promotion.
*Publishers are afraid to take chances on new writers and fresh ideas.
*Publishers claim all rights and hold onto them for many years, cutting off the possibility of additional income for the author. (Writers cheered when Hugh Howey, author of the e-book phenomenon known as Wool, sold Simon & Schuster the U.S. print rights only and held onto everything else.)

Writers recognize that traditional publishing has some benefits. A printed book from a reputable publisher remains a more prestigious product and is easier to get into bookstores and libraries. Major publishers can distribute a book widely (although many small publishers can’t get their books into stores and rely mainly on library and internet sales). Traditionally published books are reviewed in industry periodicals. All the tedium of production is handled by the publisher.

However, the lack of adequate marketing support from their print publishers is a major sore point for authors. The books that are expected to become bestsellers are heavily promoted, but beyond the mailing of review copies, promotion for the great majority of books is left entirely to the authors. If a book doesn’t sell, the writer is held responsible and may be dropped by the publisher.

Creative control was by far the biggest factor cited when the surveyed authors were asked why they want to self-publish their next books. Ease and speed of the process was second, and money came in a distant third.

A side note: Established writers I know personally or online through writers’ groups are enthusiastic about reclaiming the rights to their out-of-print novels and self-publishing them. Some have had to fight to wrest their rights from publishers that want to hold onto them and put out their own e-book editions. Writers love the freedom of being able to redesign a book and give it a fresh and often more attractive cover. (Covers are usually designed by people who have not read the books, and authors have little or no input. Sometimes a great cover results, sometimes not. Ask any group of writers if they’ve ever had a cover so bad that it embarrassed them, and the floodgates will open.)

Many excellent, inexpensive services now exist for preparing e-books for publication and designing covers. The DBW/WD survey also delved into the reasons why writers choose one service over another and what additions  they would like to see, such as distribution of printed copies, establishment of major awards for self-published books, and marketing services.

The surveyed authors were also asked about the role, if any, agents play in their careers. Many say they no longer use agents, or have never used them. Some agents have created side businesses for handling the e-book publication of clients’ works, and some have set up their own e-publishing companies (violating the bylaws of the Association of Author’s Representatives). The overwhelming majority of authors, though, feel an agent is no longer necessary. If they need someone to negotiate a print contract for them, they would rather pay a lawyer a one-time fee than commit to paying an agency’s commission forever.

One part of the report, an enlightening interview with Romance Writers of America president Sylvia Day, is available free on the Digital Book World website. Day says she started self-publishing because she was dissatisfied with the way traditional publishing works — the slowness of it, the low royalties, the paychecks that arrived only twice a year. She says she can live comfortably on her self-publishing income. When traditional publishing companies in the U.S. and abroad wanted her sensational Crossfire e-book series, she hired a new agent to make sure she got the advance and royalty she wanted from Penguin, plus some control of the packaging and pricing. She says it took a month for Penguin’s representatives to “wrap their heads around the notion” that they weren’t competing with another publisher but with Day’s self-publishing experience. In the end, agreement was reached on a print deal.

Day believes the world needs the publishing industry, but she still loves self-publishing. The main reason: Readers are entirely in control, choosing the books that will be successful, without publishers telling them what they should be reading. A lot of successful self-published books, she points out, were rejected by numerous publishers who believed they would never find an audience.
Posted by Sandra Parshall at 2:00 AM

Great blog entry. Thanks. Being a hybrid writer is really the way to go, by the sound of it. I'm one, but only because I have the rights to my backlist. I would love to one day feel like I had the readership (and confidence?) to self-publish something new.
Julia Pomeroy

I am published with a small publisher and was nodding my head in agreement with all the listed complaints. I know so many mid-list writers who are now making more money self publishing than they were with a small publisher. Yet, still, most of us are leery of that vanity-press-stigma. Thankfully, it's fading, but maybe not fast enough.

Some writers with big publishers also say they're making more from self-publishing.

I love having my books in libraries -- I believe most of my readers "discover" me in libraries -- and right now traditional publishing is the only guaranteed way to achieve that.

I am already transitioning into this new scenario. I self-publish short stories that have been published previously in magazines, but I write another series under a pseudonym which is published by a small publisher. I self-published a novella companion piece, and since I already had an audience with the other books, readers bought the novella in pretty darned good numbers.

Doing both has its perks. I sill like letting the publisher take care of all the other work of editing and designing the book and the cover, distributing, and getting it into libraries, and the subsequent foreign and audio deals my agent has made off of them. But there is also room for original self-published work where no one gets to tell me "no."

I know many authors where self-publishing or hybrid-publishing is working wonderfully for them. It's a wonderful widening of the publishing field.

I think I am the odd bird, but I feel so glad to have the support and resources of my publisher. I do a fair amount myself in terms of marketing (tour planning mostly :) but I can't imagine getting a book out there on my own. Especially in terms of its content. The editors and production people who work on my books seem unmatched to me, their unique angles, experience, and understanding not duplicatable. And this doesn't even get into mechanics, like how a book gets distributed.

As I say, it seems wonderful to me have more possibilities than ever before. But I think it's important to recognize the unique value (and drawbacks) of each.

The writers who were surveyed for this report all seem clear-eyed about the drawbacks and benefits of both means of publishing. They recognize that traditional publishing remains the more prestigious way to go, but they love the freedom of self-publishing at least some of their work.

Most of us are familiar with the story about the writer whose first book was cancelled before publication by a traditional imprint because she self-published a book of short stories. But that publisher's attitude seems rare, fortunately. Most realize now that self-publishing success can boost a writer's traditional sales, and they've started encouraging authors to produce digital extras such as short stories between traditionally published books.

I applaud that writers now have more options and control over their work. A downside of self-pub is the amount of work it entails. Writers who are also working a full-time job or raising a young family may not have the time needed to write, produce and market their work. The best of both worlds is working with a publisher who sees the author as a partner in the decision making and not a commodity or a pest.

Wonderful post, Sandra. As a yet unpublished writer, I'm grateful there are options today beyond traditional publishing. That said, I'm not sure how to decide which route is best when just starting out.

Barry Eisler, who famously turned down a $500,000 advance to go independent, then signed with Thomas & Mercer, Amazon's publishing imprint, has the rights back to all his previously published books. He has given all the Rain books new titles and new covers, and he's given the Treven books new covers for the digital reissues.

My first two books were published with an ebook publisher under a pen name before I self-published my suspense novels. I thought my contract was up after two years, but there was this one clause I didn't pay attention to that if the publisher put the book into print, it extended the contract for two more years. So I bought back the rights to one of them this spring and published it myself. I've made back the purchase price and a little more. The main reason I self-published was the time it took for my agent to hear back from publishers when she sent something out. I'm no spring chicken, in fact, I'm pretty well sprung, and I wanted to see books that I'd already written published. I do my own covers and format for both print and ebook, so I save on that. For me, it was a good decision, but it is a lot of work. I don't know if I'm a hybrid writer, exactly, but I love the control that I wouldn't have with a large or even small press.

Hi Sandra,
I'd love to go the other way--self-pubbed ebooks to trade paperbacks and hard covers from a small imprint. My problem now is that I've been seduced by the rapid turn-around I've achieved via the self-publishing route. As I grow older, my tolerance level for delays, inefficiencies and ineptness decreases. I would need a small imprint that's willing to put out their hard copy versions of my ebooks months, maybe years, after I've released them as ebooks. I don't think there's anything like that on the horizon!
r/Steve