By Patricia Hale, guest blogger
Author of In the Shadow of Revenge 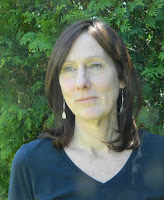 At a conference I once attended, the speaker said,  “In writing mystery/suspense, you should always kill your most vulnerable character.” Even though I’ve forgotten who said it, I’ve never forgotten the words. They’re in my head, like knuckles tapping at my brain as I plot a story.

In my recent release from Carina Press, In the Shadow of Revenge, I used the speaker’s advice. And in my second book of the series, currently in the editing phase, another vulnerable character doesn’t see the end of the novel.  Even now, as I begin the third installment, I’m already wondering who it will be this time.

And yet, there’s another perspective niggling at me as I contemplate who will take their last breath and when.  It’s the reader. How does a reader feel when the weakest of the characters is killed? And does it matter when it happens? Should it be mid-way, so the reader has time to grieve with the rest of the characters? Or in the final pages, so the story goes out with a bang and the reader is left emotionally charged, good or bad?

The question calls to mind the old television show, "The Weakest Link." I remember truly loathing the ruthless M.C., every time I watched her cast off another player. So do readers see me in the same light when a character they love takes a final breath? Are they resentful? Angry? Sad? Will they read me again or see me as the story’s ultimate villain, a ruthless M.C.? For the most part, I think readers of mystery/suspense and/or crime novels expect bodies to pile up. But when it comes down to the final pages, do they want a Hollywood ending or a realistic finish, even when it isn’t pretty? 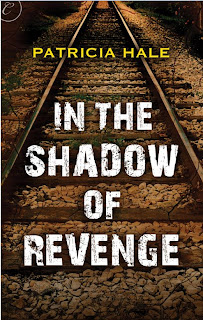 To answer this, I have to consider myself, not only as a writer, but a reader. What are my own preferences? I was furious for days after watching the movie, The Departed, where Leonardo DiCaprio and Matt Damon are riddled with bullets when the elevator doors open on the very last scene. I felt cheated, even duped, that I’d followed them for two hours only to see them squashed in seconds and the screen go black. But, and this is a big but, years later, I still hold the image of DiCaprio and Damon in the elevator clearly in my head and I’ve never forgotten the name of that movie.  If their lives had been taken halfway through, would it have had the same impact and stayed with me for this long? The answer is a definite no. So for a suspense novel to stay with the reader beyond the last page, the question becomes as much when to kill as who to kill.

Is there a “best moment” so to speak, to off the most vulnerable (and probably well-loved) character? Of course the story has to ring true, that’s a given. It has to convey an event or series of events that the reader can believe in their entirety. If I were to kill for the sake of an outline, I would be in the same league as my psychopathic serial killer. So while the speaker at the conference was on the right track, there does have to be some angst for the reader in order for the characters to linger beyond the last page. Do I want to devastate the reader halfway through the story or in the book’s last moment? Should they put the book down softly with a smile and forget about it soon after, or hurl it at the wall with a curse and remember it for a good long time?

As writers, no matter how much we love a character (And we do. After all, we gave them birth.), we know a good story mirrors life. And in life, there’s good and bad, joy and heartbreak. So if a beloved character needs to go, we have to let them take a last breath. The decision of who it will be depends on what’s necessary for the sake of the story. Deciding when it will be means taking the reader into consideration and how we want them to feel when they turn the last page.

As a “Criminal Minds” junkie and a mystery/suspense addict, I’m okay with death, even multiple deaths throughout a story, but I like an ending that leaves me optimistic. I want the last scene to wash away any gelatinous blood, not create it. If it’s the final image that I’ll be left with and the character can be saved then by all means throw out the life jacket, let the gun misfire, let the rope break. As a reader, I want to put down the book with a smile.

As a writer, I can’t make any promises.

What’s your preference?
******************************
Patricia Hale is a graduate of the MFA program at Goddard College in Vermont. She is a member of Sisters in Crime, Mystery Writers of America, NH Writer’s Project and Maine Writer’s and Publisher’s Alliance. Her essays and articles have appeared in New England literary magazines and the anthology, My Heart’s First Steps. When not writing, she enjoys hiking with her dogs and kayaking on the lakes near her home. Patricia lives in New Hampshire with her husband and two German shepherds.

Contact her at: http://patriciahale.org and www.facebook.com/patricia.hale.102
Posted by Sandra Parshall at 2:00 AM

Welcome, Patricia! It is a real balancing act, isn't it? Creating a character that people come to care about, and then killing him or her off. I certainly raises the stakes in your story, if you pull it off. (Now, killing a beloved pet is a different story!)

But the books where you care about the characters are the ones you can't put down.

I would want to feel "peaceful" and happy at the end of a murder mystery only if the murderee were a thoroughly despicable character. We do feel peaceful and satisfied, and that all's right with the world, at the end of MURDER ON THE ORIENT EXPRESS, because the victim got exactly what was coming to him, and, what's more,

the very sympathetic killers got away with it.

OTOH, the solving of the murder of a sympathetic or weak or totally innocent character should, I think, leave the reader with a catharsis when it's all over, rather than with a feeling of anger and provocation. It's close to classical tragedy. We've wallowed in and let out our pity and fear and rage while reading the story, and at the end of it we are cleansed of those negative emotions for a while. That's the impression I've always tried to leave at the end of my novels, mysteries and non-mysteries alike. The ending is not shiny and "happy," but something important has been resolved and has left the main character and his world a little better, or at least more ordered, a little more in tune with the greater world around him--or at least he's a little more able to cope with the insanity, injustice, or cruelty of the greater world around him.

I'm wary of any writing advice that says "always" (or "never," for that matter). As both writer and reader, I'm looking for a variety of victims: those who deserve it and those who don't, some for whom the question is, "Who didn't want to kill him (or her)?" and others for whom the question is, "Who could possibly have wanted to kill a person everybody loved?" And as a reader, I have a definite aversion to the killing of a sympathetic point of view character. When it happens, I feel as if the author has played an emotional dirty trick on me.

Some writers, such as Karin Slaughter and Dana Stabenow, have not only killed beloved characters but done it right at the end, leaving readers with an awful hollow feeling. I fully support any author's right to do whatever she thinks is best, but I don't think I could do that to readers. I like a book to end with at least a little hope for future happiness. The ending of one Elizabeth George book still haunts me, and I wish I'd never read it. I want her to revisit those characters and show us that they're okay now.

An ending that works for me usually gives me the feeling that justice has been served in some way. If a beloved character has died, I want the killer to get what he deserves. If an awful person is the victim, I want to know who and why. I don't need a happy Hollywood ending. But like Susanne says, I need an ending that lets me know the character I care about is going to be okay.

I enjoyed this book.