This is a nice segue from Sheila's post about memory and reading. The other day, in discussing memory with the teenagers in my summer speech class,  I showed them some memory tests and games provided by Washington University.  Even though the page is called "Neuroscience for Kids," most of the tests go up to the senior level (or 18 years old) and therefore might be even MORE challenging for those of us whose brains are no longer springy and youthful. 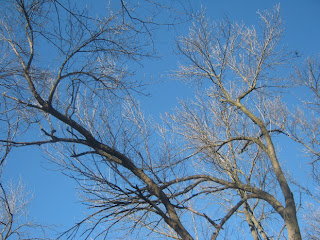 What I was pleased to note was that, depending on the test, there were some games in which I fared better than the fourteen-year-olds and vice versa, leading me to believe that you don't have to be young to have a good memory.

For example, in the first short-term memory test, even though the letter strings were random, most of us agreed that we could retain the information through a Mnemonic Device in which we turned the letter strings into words and then said those words in our minds.  I fared very well on this test, getting only three digits wrong the first time, and one wrong the second.

I did not fare as well when asked to list random objects remembered from pictures, because I had difficulty finding ways to sort them, and tried and discarded a few, thereby using up time and not getting a very substantial list.

But for the sound/rhythm memory test (which is very similar to the old SIMON game), I again fared very well, since I have good musical memory and also a good memory for rhythm.

If you're a woman, you'll probably do better on the facial recognition game than a man would, according to this study.  Try it with a spouse and see who fares better.

I'll keep reading and writing, as Sheila's post has assured me that this is a good plan for the future of my mind, but I think doing these tests now and again would be a good way to keep the mind spry.

Will any of this help me remember where I put my keys? :-)

The things I can't remember are the things I do automatically. I am always distracted. My mind is seldom on any physical task I'm performing. So I pick things up, put them down, can't recall where I left them. I've found the oddest things in the refrigerator. But my mind is working on bigger things, like plot problems and character descriptions. So I don't know if my memory is good or bad.

It's a good question, because keeping track of a plot is highly complex. You're generating it out of your creative right brain, but then need to use another part of your brain to sort it and recall it. This goes back to Sheila's post--I think writing will keep the brain fit and strong.