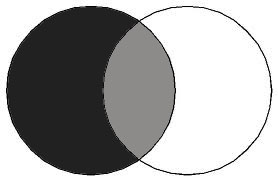 Since the Zimmerman verdict was handed down, issues of race and profiling have bubbled to our cultural surface again.  That fact implies that they have never gone away, despite the election of a president of African-American (and Irish!) descent.

I'm not going to debate the politics or whether the legal decision was fair.  What I do want to talk about is my own unusual history with people of color—something I rarely mention to others, as though it was a shameful secret.  I grew up with black servants. Live-in help, plus a few who came in weekly to do laundry and cleaning.

No, I was not a rich kid, and that era of my life lasted less than a decade.  It was a reflection of my mother's pretensions (my father was an Irish kid from Syracuse—heck, his mother and aunts had been hired servants—so it wasn't his idea).  Yes, both my parents worked; the fact that my mother had a job (professional designer for Lipton Tea in New York and its satellite offices) that took her out of the house overnight periodically necessitated some kind of in-house care for my sister and me, and for a few glorious years in the 1950s my parents could afford to pay other people to do the things they couldn't or didn't want to do.

But this isn't about money, it's about race relations.  For the first ten years of my life I grew up with housekeepers, cooks, laundresses, and cleaners who were all African-American (or Negro, back in those days).  My mother dealt with them fairly and paid them a competitive salary (I probably have the records in the attic somewhere), plus making Social Security payments for them.  She provided them with living quarters, and took the housekeeper along for a month at the Jersey shore each year. She talked to them over shared lunches, if not precisely as friends, then at least as people, not "the help."

And I just accepted it as the way things were.  But bear in mind, I lived in a succession of lily-white mid-Atlantic suburbs. There wasn't a black kid in my class until I reached eighth grade.  At that point we lived in a town that had a black "ghetto"—all of one block long.  And once our town made national news because a boy a couple of years older than I was dared to go to a local barber shop for a haircut, and was not happy with the results, probably because none of the barbers had ever tried to cut black hair.  I walked home past ABC news trucks recording his protest.

But I had to learn about racism from the outside in, because I had never seen it when I was growing up.

Fast forward a couple of decades.  When I moved from California to Pennsylvania in 1987, I went to work for a small municipal financial advisory firm in Philadelphia.  When I say "small" I mean fewer than ten employees—yet we were ranked among the top ten firms nationally. Why? Because the company was run by a black woman, which made us eligible for minority set-asides (for both color and gender), starting with Philadelphia, where the first black mayor, Wilson Goode, was in office.  New York had a black mayor:  another client.  So did Baltimore: yet another client.

In that company I was the minority, the only white face on the staff.  I was there because I was a good number cruncher. I wasn't always included for presentations to potential clients (often minorities), but I almost always went along for presentations to institutions like the national rating agencies (Standard & Poor's, for example) where the staff was mostly white. Discrimination?  Or just a business reality?

Now I live in a small town in New England where a quarter of the population has Irish roots—but there are next to no black people.  Few enough so that it's a shock to meet one on the street.

And as President Obama said this past week:

There are very few African-American men who haven't had the experience of walking across the street and hearing the locks click on the doors or cars…. There are very few African-Americans who haven't had the experience of getting on an elevator and a woman clutching her purse nervously and holding her breath until she had a chance to get off.

I've become that woman, in spite of my background. Is that profiling? Does that make me prejudiced?

My husband grew up in the Midwest, where there were few minorities, so his childhood experiences have to be different from mine.  Still, we've had black friends, and we've welcomed them into our home (along with Asians, Indians, gays, lesbians and at least one transgendered person).  But I won't deny that racism exists in this country, and that we're conditioned to make assumptions and snap judgments, all too often based on skin color.

The majority of the fictional characters I have created are white.  That's because most of my readers are white.  Does that make it right?  I have to keep in the back of my mind that my Irish family would have been met with contempt and even violence when they emigrated to the United States from Ireland.  And I also remember that at least one of my early New England ancestors owned slaves, and passed them on to his heirs in his will.

How much have things changed? Will they continue to change?

Excellent post, Sheila. President Obama's speech made me think back to the ethnically diverse city of my childhood. I don't remember feeling racism, but if we're honest and true to ourselves, we all have some prejudices. I remember what I said when one of my sons wanted to date a black girl. Married to a man of color, an Indian, and living in the South, I told him life was difficult enough without adding more conflict. I regret saying that to this day, and my son has never let me forget it.

A thoughtful essay, Sheila. A good friend of mine teaches White People Against Racism courses and she has really raised my awareness of the unconscious racism that people of privilege exercise. When I dated a black man after my divorce, he was astounded that he was the first black I had dated. I said it just hadn't happened before, but realized it was also due to the circles I traveled in and the places I chose to live. A lot of food for thought.

I grew up in South Carolina and saw racism in action every day of my life. What many people outside the region don't realize is that the south is still, for the most part, segregated. A southern neighborhood with a thorough mix of blacks and whites is not common. Now, of course, many thousands of Hispanics and Asians live in the south, and they generally live in white neighborhoods, not black. This country still has a long, long way to go.