In Defense of Amateur Sleuths

It’s easy to make fun of mysteries about amateur sleuths. How likely is it, after all, that someone who isn’t a police officer or a private detective would get caught up in investigating a murder? Wouldn’t any sensible person let the professionals handle all the difficulties, all the possible dangers? True, if the victim or the person falsely accused is a close relative, an amateur might make a few cautious suggestions to the police. Even then, though, an amateur wouldn’t dare do more. If the victim or suspect is a mere friend, no sane amateur would do anything at all. And it’s definitely ridiculous to think an amateur could get involved in a series of investigations. That’s when we get the jokes about Murder, She Wrote and the crime rate in Cabot Cove. 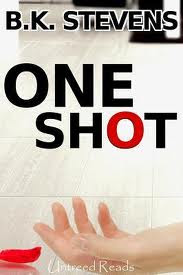 I’ll admit amateur sleuth mysteries can get silly. In one novel I started to read recently, the protagonist reacted with Nancy Drew-like glee when she heard a slight acquaintance had been murdered, rushed to the crime scene, and did foolish things that impeded and infuriated the police. That novel ended up in the Goodwill pile before I finished the second chapter.

I’ll also admit that yes, in some ways, most amateur sleuth stories are fundamentally implausible. Most of us, thankfully, live out our years without being personally touched by murder. And few people ever encounter a murder involving a limited number of suspects, an ingenious method, and a clever killer whose motives can be unraveled only through the penetrating interpretation of clues.

But that’s true of professionals as well as of amateurs. Real-life crimes are seldom as interesting as fictional ones. Usually, either the criminal makes so many stupid mistakes that there’s never more than one suspect, or the crime is so random or so simple that no suspects are ever identified. A husband gets drunk, gets mad, and shoots his wife with a gun registered in his name; a body is found in an alley, riddled with stab wounds but with no evidence pointing to motive or murderer. Lieutenant Columbo wouldn’t really run into all those fiction-worthy murders, any more than Jessica Fletcher would. 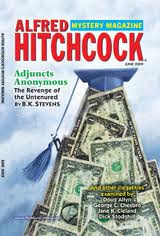 And when we read mysteries, we suspend our disbelief about the likelihood of near-perfect crimes. Historically, mystery readers have been willing to make this suspension, and they make it for Miss Marple just as willingly as they do for Inspector Poirot. With any kind of fiction, I think, we’ll suspend our disbelief about a situation that’s implausible, or at least atypical, as long as the characters behave the way human beings caught in such a situation really would behave. The devious murder method that depends upon split-second timing is fine. The unmotivated confession isn’t.

In one of the series I write for Alfred Hitchcock’s Mystery Magazine, disillusioned academic Leah Abrams keeps stumbling across bodies and solving murders when she takes on assignments as a temporary secretary. In the second and third stories, I had Leah exclaim that she was shocked to run into yet another homicide, had friendly Detective Brock joke about advising the temporary agency to put a warning sticker on her resume. In the fourth story, I stopped apologizing. The editor didn’t seem to mind, readers didn’t seem to mind, so why waste time calling attention to the implausibility of the series’ premise?

More fundamentally, the amateur sleuth epitomizes a principle central to the mystery genre. Mysteries rest on the belief that truth must be uncovered and justice must be done—and that the responsibility for uncovering truth and doing justice doesn’t lie only with professionals.

In real life, yes, most amateurs wouldn’t get involved in a murder investigation. In real life, most amateurs don’t get involved with most emergencies. They witness a car crash or see someone in danger of drowning, they call 911, and they wait on the sidewalk until the professionals arrive, even when victims are screaming for help. Sometimes, though, in real life, amateurs do risk their lives to pull victims from a burning car before the gas tank explodes. Sometimes, they plunge into icy waters to rescue someone going down for the third time. It doesn’t make sense—it isn’t plausible—but they do it anyway. Those are the people we admire, the people who get praised as heroes on the 6:00 news.

Those are the people we celebrate in amateur sleuth mysteries.

B.K. Stevens has published over forty mystery stories, most of them in Alfred Hitchcock’s Mystery Magazine, and an e-novella, One Shot, published by Untreed Reads. Her website is www.bkstevensmysteries.
Posted by Elizabeth Zelvin at 3:00 AM

Thanks for being with us, B.K.

I think most mysteries -- and virtually all thrillers -- stray from real life. Real murder cases simply aren't all that fascinating. The cops are ordinary people, the killers and the victims are rather dull to read about. We might be interested in short news accounts, but would we want to read an entire novel about such people?

Mystery/thriller writers are story tellers. Entertainers. I think we need to adhere to the facts in some areas, such as police and court procedure, and we should be especially careful when dealing with sensitive topics like religion, but beyond that our only duty is to entertain the reader.

Bonnie, it's great to have you on Poe's Deadly Daughters. I think I may have started and given up on the same book you did--or one just like it, with a gleeful amateur sleuth being enthusiastic and tactless at the crime scene and in front of the bereaved.

The more I talk about writing amateur sleuth mysteries, the more I come to think that they are like modern morality plays (a very old literary tradition): Ms. Everywoman is thrown into a situation where she must rise to the occasion and seek justice, and in our stories, she succeeds.

I don't think readers believe this is reality, but they want to--it's an ideal.

Liz, thank you for inviting me to be a guest at PDD. I don't know if we're talking about the same book or not--there are a lot of books like that out there, and they help give amateur sleuths a bad name.

Sandy, thank you for your comment. I agree that most real-life crimes wouldn't make entertaining novels. Even when a spectacular trial dominates the news, such as the one still dragging on in Arizona, the crime isn't usually very interesting, or very mysterious: The truth is usually obvious and just plain sad.

Shelia, I love your comparison of amateur sleuth mysteries to morality plays. When we read these mysteries, we wonder if we'd respond to the situation as well as Ms. Everywoman does--and maybe we feel just a little more determined to pursue justice in our own small ways.

We read mysteries because they are implausible; it's a way of living a "what if" moment without real danger. At least that's why I do, even though I lived with murders as an editor and reporter!

Michele, I think you make an excellent point. Marianne Moore's famous definition of poetry comes to mind--"imaginary gardens with real toads in them." As long as the characters in mysteries react the way human beings really would react, we can accept implausible situations--we can enjoy both the imaginary gardens and the real toads.

Sandra is absolutely right. We are writing for entertainment purposes. We deal in the abnormalities, not in the everyday REAL world. And I think our readers like the fantasy that they too might be able to be a super-sleuth.

Bonnie, what a great post! So interesting to hear how your own protagonist segued into solving crimes without having to apologize for it.

First, congrats on your latest published mystery story. I agree that as readers of mystery fiction, we must suspend disbelief.
That is exactly what I do. My own protagonist, Kim Reynolds, is a librarian who somehow stumbles across dead bodies. But she is both a reluctant sleuth and a reluctant psychic. And yes, there are professional police involved in the novels. Is it believable? Readers will have to decide that. I only write the books.

Enjoyed the post, B.K. Congrats on publishing so many mystery stories. Good for you!

Joanna, I agree. We may do other things as well, but if we don't entertain, we can't reach our readers at all.

Paula, thanks for your comment. And let me say again how much I always enjoy reading your stories.

Thanks for your comment, Jacquie. I'm reading your THE INFERNO COLLECTION right now, and believe me--it feels plenty real to this reader! I may be skeptical about psychics in real life, but I absolutely believe in them when I'm reading your novels.

Thanks so much for the insightful post. I think that the point you make about suspension of disbelief - that it works as long as the characters respond in a real way to their unlikely situation - is a crucial one. When you are trying to understand events, you read histories. When you are trying to understand people, you read fiction. Fiction lets learn about people often precisely because it puts its heroes in those situation that force them to reveal their true character. Thanks for sharing- I enjoyed your post very much.

I'm sorry to be so late in responding to your comment--I've been traveling. I think your comment is both perceptive and eloquent. Fiction tests characters by putting them in unusual, often extreme situations in which they can't just follow their usual patterns, in which sometimes surprising strengths and weaknesses emerge.