10 tip-offs that you're into crime fiction

by Colby Marshall
Author of the McKenzie McClendon novels 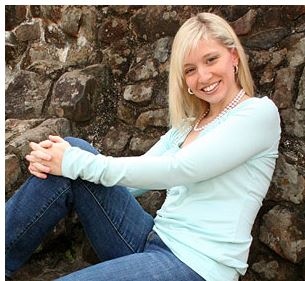 I was recently on an anniversary trip with my husband, and while we were taking a romantic river  walk, we stopped to look out onto the water.  As we leaned our heads together in the moonlight, I whispered to him, "What is we saw a dead body in the water right now?"
Luckily, he's used to this sort of thing with me being a thriller writer and all, but this got me to thinking that mystery and thriller writers and readers are definitely an eccentric bunch.  Therefore, I give you the Top Ten Ways to Know You're a Mystery/Thriller Reader or Writer:
10.) You assume the power company representative who knocks on your door to tell you he will be trimming limbs too close to the power line is a government agent/serial killer/robber casing your house.  In fact, you often won't answer the door in case that is so. 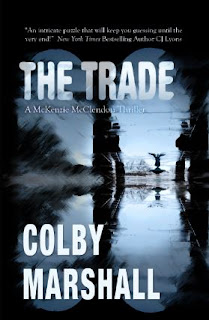 9.)  You have an escape plan to get away from a killer chasing you in your house.
8.) When you read a book, you automatically distrust any character who gains your trust too much.
7.) Every time you start to crank your car, you subconsciously hold your breath in case you hear that little sound that means turning the ignition has set off a bomb (as if you could do something about it).
6.) Having a panic room built into your home does not seem like paranoia.
5.) You see a really large spiral staircase and feel the need to mention that it would be very easy for a killer to use said staircase to plan a death that looks like an accident.
4.) You eye the car in your rearview mirror every time you turn to make sure he's not tailing you. 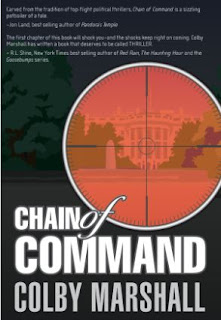 3.) You've arranged a code word with your spouse/kids to signal that text messages are really coming from you.
2.) When you go out of town, you leave three lights on so the robbers will think someone's still home.
1.)  More than once, you've contemplated the fastest way you could get dressed to run away from a killer if you are in the shower/in bed/in the bathroom should an intruder/a mysterious fire/a nemesis out for revenge happen upon your house.
What habits do you have that show your mystery reader or writer colors?
***************************

Writer by day, ballroom dancer and choreographer by night, Colby has a tendency to turn every hobby she has into a job, thus ensuring that she is aperpetual workaholic.  In addition to her 9,502 regular jobs, she is also a contributing columnist for M Food and Culture magazine and is a proud member of International Thriller Writers and Sisters in Crime.  She is actively involved in local theaters as a choreographer and sometimes indulges her prima donna side by taking the stage as an actress.  She lives in Georgia with her family, two mutts, and an array of cats that, if she were a bit older, would qualify her immediately for crazy cat lady status.  Her debut thriller, Chain of Command is about a reporter who discovers the simultaneous assassinations of the President and Vice President may have been a plot to rocket the very first woman—the Speaker of the House—into the presidency.  Chain of Command is now available, and the second book in her McKenzie McClendon series, The Trade, is due for publication by Stairway Press this month. You can learn more about Colby and her books at www.colbymarshall.com.
Posted by Sandra Parshall at 2:00 AM

Hmmm, I've only done half of these. But I've been busy lately! Nice list.

LOLOLOL. Yup, I'm there. I open the drawer right inside of the bathroom door when I'm showering so that the door can't be opened and I've been know to put a door stop on the inside of the outside doors to wedge them closed when I'm the only one in for the night. Fun, and enlightening, blog.

Welcome, Colby. Yes, great list. My favorite one is, "what a great place to put a body" (akin to your floater). I once built a whole book around that reaction, just to figure out how the dead guy ended up there.

Thanks for being with us, Colby. I wouldn't even want to tell you how many of these fit me perfectly... I don't see dead people, but I see an awful lot of places to stash them.

Hi Colby,
One my wife applies to me: We live 13 miles west of the Lincoln tunnel, so we get the big TV channel copters, traffic control copters, and other choppers flying over a lot...and they sound close. My wife turns to me and asks, "Are those black choppers coming for us because you made someone angry in your books?" Most of the time I reply, "Don't worry. They're after me, not you." And she comes back with, "I could be collateral damage!" Nice way to have fun in your marriage.
r/Steve

I've never acted on any of these, but they've crossed my mind on many occasions.

Great list. Another thing I often do is examine new locations to see where I'd stash a body. And, when I hike, I'm always on the lookout for poisonous plants!

Hi, Colby. Yes, I do those things and began about age fifteen. I saw a heavy brass candlestick and told a pal it'd make a good murder weapon. Boy, did she look at me oddly. I didn't realize what a portent the comment was.

Eager to read your second thriller. Loved the first one.

Wow! And I thought I was paranoid. Clearly I should switch from MG Paranormal to suspense and mystery to utilize my paranoia.
And thanks for the check list.
BTW- I open the mail as I walk back to the house, Under the trees so the spy satellites won't read how much water we use, and thus how long I'm in the shower in case They want to break in and ...

I'm guilty of these. Also is there anyone else out there who won't eat mushrooms-even those out of a can?
Merrily

I'm so sorry I'm late in today. I had a sick baby yesterday, so I was a bit thrown off schedule. Thank you so much to Poe's Deadly Daughters for having me over!

Thanks, Picks by Pat! I'm sure you'll do the rest soon!

Mare, that's too funny! I love it!

Sheila, I do have those moments of having to figure out how the dead guy ended up there. Sometimes, you just can't resist a scenario!

Steven, that's awesome! It sounds like you guys are solid.

Beth, I may or may not have scouted New York City for places that would make good death traps for THE TRADE. Haha! I'm definitely with you!

kk- I'm glad you liked CHAIN OF COMMAND. I hope you enjoy THE TRADE as much!

Kath- tin foil hats are not optional- they're necessary! ;-)

Merrily, uh-oh, should I not be eating mushrooms out of a can? Yikes!

Whenever I hear a police or fire siren close by, I 1) reach for the scanner I haven't had since I left TV news in 2001, 2) wonder what kind of weapon is involved or if the fire was intentionally set, 3) consider calling the TV news photographer across the street to see what he's heard, 4) wonder what details will be held back from the media, 5) wonder if the perp will be caught, and 6) thinking of getting in my car and driving over just to take a look.

Carolyn- haha! That sounds scarily similar to something I did just the other day- I read a news story and immediately began to pick it apart for signs of premeditation. We are scary people ;-)