May is Mystery Month

May is a great time to have a party--or many of them--in honor of your favorite mystery writers.  Yes, May is full of mystery writer birthdays!!  Here are some famous writers to celebrate, as well as a reminder of their famous characters.

May 2: CHARLOTTE ARMSTRONG. 1957 Edgar Award Winner for A Dram of Poison.

May 6: JEFFREY DEAVER. He created Lincoln Rhyme, a quadriplegic detective, who is perhaps his most famous character.

May 12: LESLIE CHARTERIS.  Wrote mysteries about Simon Templar, also known as "The Saint."

May 13: DAPHNE DUMAURIER.  She is famous for her gothic and atmospheric suspense novels, including Rebecca, The House on the Strand, and Jamaica Inn. 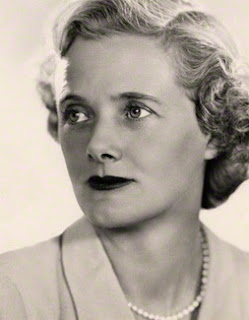 May 20: MARGERY ALLINGHAM.  She created the popular character Campion, the "gentleman sleuth."

May 22: ARTHUR CONAN DOYLE. A Scottish physician and the legendary creator of Sherlock Holmes!

May 23: GRAHAM MONTAGUE JEFFRIES: Blackshirt is a "gentleman criminal" in a series created by Graham Montague Jeffries (aka Bruce Graeme), and later by his son, Roderic Jeffries.

May 24: MARY WILLIS WALKER: Won the 1993 Edgar Award for her novel Red Scream.

May 25: ROBERT LUDLUM: This prolific American thriller author wrote 27 books, including The Bourne Identity, The Bourne Supremacy, and The Bourne Ultimatum.

May 27: DASHIELL HAMMETT and TONY HILLERMAN: Hammett was the creator of Sam Spade and Nick and Nora Charles; he wrote The Maltese Falcon.  Hillerman was famous for his Navajo Tribal police mystery series, with protagonists Joe Leaphorn and Jim Chee.

May 28: IAN FLEMING. Famous for his series of spy novels featuring James Bond (007), he was also an author, a journalist, and a naval intelligence officer.

Pick an author or two and rediscover them in honor of their birthdays!!

My goodness, I fit quite neatly among those authors--my birthday's the 25th. Should I send Robert Ludlum a card?

linda Fairstein is May 5! Be sure to read my tribute to her on May 5 at www.crimewriters.blogspot.com Thelma Straw in Manhattan

Sheila, I think you should!!

And Happy Birthday to you--celebrate all month long!

Rats. I missed May by less than two weeks.
Grump, grump, grump.