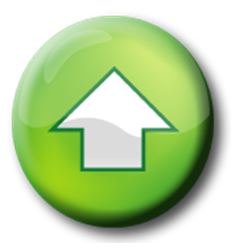 Last year was truly the year of the e-book explosion. Sales may be leveling off a bit lately, but 2012 still produced what Publishers Weekly calls “jaw-dropping numbers in digital sales.”

In the magazine’s roundup of last year’s fiction and nonfiction bestsellers, they list more than 1,000 digital titles with sales of 25,000-plus units – and those are only the sales reported to PW by publishers. They’re mostly e-book versions of current print bestsellers, or reissues of backlist books. A few are titles – like the Fifty Shades novels by E.L. James – that began as self-published hits, were bought for print, and were re-issued in e-book form. At the top of the digital bestseller list are Fifty Shades of Grey, Fifty Shades Darker, and Fifty Shades Freed, racking up a total of more than 15 million sales. No other title came close to that number. The bundled trilogy sold more than 850,000 units. In the middle is Gillian Flynn’s Gone Girl, with one million-plus e-book sales, the only title to sell more units in digital form than in print.

The list of e-books that sold over 50,000 copies each is five and a half pages long, in small type, in the print edition of PW. Many older books such as Steig Larsson’s Millennium Trilogy and Kathryn Stockett’s The Help, are still selling in phenomenal numbers in e-book form. Backlist titles from established writers dominate the e-book bestseller list: 40 novels by Nora Roberts, 29 by James Patterson, 19 by Janet Evanovich, all of Michael Connelly’s novels, all of Lee Child’s, all of Diana Gabaldon’s, 10 by Jodi Picoult, 12 by Charlaine Harris, and multiple books by numerous other well-knowns. Gillian Flynn's first two novels, boosted by the success of Gone Girl, are enjoying hefty sales as e-books. Only two debut novels made it into the top 1,000: Rules of Civility by Amor Towles and The Light Between Oceans by M.L. Stedman. The complete list of e-book titles that sold more than 25,000 units is available here on the PW website.

As noted, these are e-books from traditional publishers that report their sales to PW. Self-published hits are out there, but firm numbers on sales are hard to find. Right now Wait for You by J. Lynn (pseudonym of traditionally published author Jennifer Armentrout) is number one on the Digital Book World bestseller list and number two on the New York Times combined print and e-book list. Several self-published books have appeared on bestseller lists in the past year. Usually the most successful authors receive contract offers from traditional publishers, and Armentrout has just sold Wait for You to HarperCollins in a “high six figures” deal.

Have e-book versions surpassed print versions in sales? In most cases, no. But as PW notes, the market pressure is intense and the gap is rapidly narrowing. Last year only 91 hardcover fiction titles and 74 hardcover nonfiction titles sold more than 100,000 copies – a record low. The top hardcover novels, with more than 900,000 sales each, were The Casual Vacancy by J.K. Rowling, The Racketeer by John Grisham, and Gone Girl by Gillian Flynn.
If hardcover sales are suffering from competition with e-books, mass market paperbacks are being slaughtered. PW calls 2012's “huge drop” in the number of mass market titles with sales above 500,000 “alarming” – only 26 sold that well, compared to 116 in 2006 and 48 in 2011. In 2005, 40 paperback titles sold over one million copies. In 2012, three did: A Game of Thrones by George R.R. Martin, The Lucky One by Nicholas Sparks, and Chasing Fire by Nora Roberts. A record low of 196 mass market titles made the PW bestseller list in 2012.

The decline in mass market paperback sales directly parallels the rise of e-book sales. However, that hasn’t translated into e-book success for all paperback original authors. Some that made the New York Times paperback bestseller list didn’t reach 25,000 in e-book sales. (Could this be due to publishers shooting themselves – and their authors – in the foot by pricing e-books the same as print?)

Trade paperbacks fared better last year, perhaps because they appeal to readers who want a “real book” but don’t like small paperbacks and balk at the inflated cost of hardcovers. PW reports that a record 121 trade paperbacks made their 2012 bestseller list, up from 84 in 2011, and 156 books sold more than 100,000 units, up from 119 the year before. E.L. James’s Fifty Shades of Grey trilogy dominated that list, with 29 million-plus sales. Again, no other titles even came close to the Grey juggernaut.


While print book sales are in decline all over the world – except in India, for some reason – and e-book sales are slowing compared to previous years, electronic sales are still growing at a double-digit rate. Most industry leaders say they expect e-books to surpass print in market share sometime in the near future. But that doesn’t mean fewer people are reading. Surveys such as this one indicate that Americans who own e-book readers are buying more books and reading more than in the past – perhaps as much as 40% more.

The convenience of having dozens, hundreds, even thousands of full-length books contained in a small portable device is often cited as the reason. If you take your e-reader with you everywhere, you will never be without a book.

Few people believe print books will disappear, but it’s clear that e-books are not a fad. They have a firm foothold in the market, and before long they’ll be outselling every print format. When readers have bought up the backlists of all the famous writers, maybe we’ll start to see more new and lesser-known authors on the e-book bestseller lists.
Posted by Sandra Parshall at 2:00 AM

What's a writer to do? At least my publisher releases all new books in both print and e-format simultaneously.

Let me add that in Ireland (where there are many, many bookstores) there are NO mass market books--it's all trade format or hardcover.

I'm one of the apparently few people who LIKES mass market paperbacks. You can get several books for the price of one hardcover. You don't have to buy an expensive machine to read them on. You can loan them to others. I wonder how much longer I'll be able to do that?
Sandra

E-book sales and new e-book publishers have changed the tight-fisted publishing world for the better. It's filled with opportunity that didn't exist just a few years ago for newbies and seasoned writers.

My husband is one of those who now reads only ebooks. And he reads a ton more than he used to read when he was reading print. Like you said, ebooks are more convenient for him since he travels a lot. He has certain authors that he always buys their books. He, in fact, pre-orders them.

Hi Sandra,
Three comments: (1) I don't know if the stats support it, but I have a suspicion that ebooks are doing much better for fiction than non-fiction, and the latter, a large part of the market, might buoy up print sales for a long time. (2) Even though it's easier and less expensive to produce ebooks (why are big-time publishers' ebooks so expensive?), they depend more on technological infrastructure. Helen mentioned pre-ordering, for example, probably done through Amazon's whispernet or something similar. Even simple downloading is hard to do if you don't have an internet connection (there are still many households that don't). (3) The famous adage that ebooks don't kill trees is mitigated by the fact that our ereaders are little computers filled with all kinds of toxic stuff. We're sending our ejunk to places like Bangladesh now. ebooks will indirectly contribute to this problem.
I list 1-3 just to find out what other people think about these issues. Because I run my writing business on a tight budget, ebook releases are the most cost effective for me. If I had the money, though, I'd be in Sheila's camp, releasing both trade paperbacks AND ebooks.
All the best,
Steve

The drastic drop in mass market paperback sales seems to have caught everyone off guard. What worries me is that e-books are not picking up the lost sales, the way they are with hardcovers.

Here are some excerpts from a Bertelsmann report that discusses what they've learned from the success of the Fifty Shades trilogy.
http://www.digitalbookworld.com/2013/random-house-three-lessons-learned-from-fifty-shades/

Those three books are credited with giving Random House a record-breaking year. Some of the earnings went into $5,000 bonuses for employees.

A key component that should be mentioned more than in passing is the huge difference in price between hardcovers and e-books. If one hardcover costs the same as two dozen e-books, of course the number of e-book sales will soar in comparison to hardcovers, regardless of any other factor. Where there's no price difference, as with traditionally published mass market paperbacks and their e-book versions, it's not surprising the e-book sales aren't shooting up as rapidly. I'd have many more of my friends' cozies on my Kindle if it weren't such a disincentive (compared with less expensive e-books and the few books I used to splurge on hardcover for because their authors were on my A list as a reader).

Mass market has been soft for a number of years. I wonder if part of the drop is a change in distribution; companies that distribute mmpb to non-bookstore retail outlets also distribute newspapers and magazines, and those parts of publishing have dropped off.

Sandra said: "Could this be due to publishers shooting themselves – and their authors – in the foot by pricing e-books the same as print?"

That's a huge part of it. I know folks with ereaders and they definitely buy based on cost, willing to give a book a try for the right price.

I don't think the survey/article took into account the different price levels. If my ebooks weren't priced so high, I might see a higher rate of sale. Who knows?

I see some self-published writers making the mistake of pricing their books too high. What makes them think readers will pay as much to read them as to read an established favorite writer? Then they wonder why their sales are lagging. For me, $2.99 would be the top price for a self-published book -- and authors would be wise to have a couple of free days to attract attention.

Wow, Sandy, what insight in how the publishing world has tilted! Who knows what's coming next?

Hey Sandra, I guess we'll have to agree to disagree on the ebook pricing. Free to $2.99--these prices devalue one's work, which for self-pubbing is (or should be) comparable with any other writer's. On the other hand, as you point out, big publishers are gouging by charging almost as much for an ebook as paper when we all know the first doesn't cost nearly as much to produce as the second. (I refuse to pay more than $10 for ANY book nowadays.) Just from that POV, I figure if I charge half Harlan Coben's price or a little less, I'm still giving the reader a good deal (this is why the traditional publishers are trembling--they can't or won't give this kind of deal).
The whole ebook pricing issue is still being debated, of course, but I have some logic for my pricing--I've discussed it in my blog. Look at it this way: shouldn't my creative efforts be worth as much as a caffe latte at Starbucks, regular or blonde? The products are comparable otherwise in the sense that Starbucks also has to sell many caffe lattes in order to make a living. (The fact that I don't have to make a living selling books is irrelevant.) I believe I have to be a wee bit more creative in writing my books than a barista at Starbucks working as an automaton. ;-)
r/Sandra

Best prices for books.. no look back.. MyDeals247.com

Great post. I was checking continuously this blog and I'm impressed! Extremely helpful info particularly the last part :) I care for such information a lot. I was seeking this certain info for a long time. Thank you and best of luck.


Chеck out my blog; 3d tattoos