Who was the real Alfred Hitchcock?

The sex-crazed obsessive who tortured Tippi Hendren when she rebuffed his advances? Or the henpecked director who let his wife tell him how to make his films and was sweet as a doting uncle to Janet Leigh? 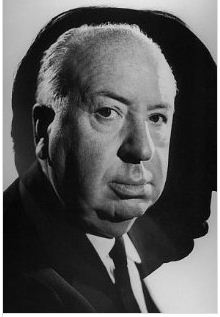 A recent television film called The Girl and the new biopic Hitchcock remind me of the cautionary tale about two blind men who were asked to describe an elephant. After one touched the animal’s trunk and the other its tail, they gave wildly contradictory descriptions of the complete creature. The two films about Hitchcock have a lot of verifiable facts in common, but they offer very different perspectives. Hitchcock is so light and breezy and The Girl so dark that it’s hard to reconcile the two viewpoints.

In Hitchcock, which opened in theaters last weekend, Anthony Hopkins plays the director with a mild comic edge that makes him seem harmless and likable even when he’s conversing with the dead serial killer Ed Gein. The movie is about the making of Psycho, inspired by Gein’s devotion to his mother. Gein dug up his mom’s corpse and returned it to their house, where he slept beside the rotting body and carried on as if she were alive and well.

Hitchcock’s penchant for blonde actresses is well-known and was obvious in his films – he worked with Grace Kelly, Eva Marie Saint, Kim Novak, Vera Miles, Ingrid Bergman, among others. For the lead in Psycho he chose Janet Leigh, and he gave the subsidiary female role to Miles. Although the new biopic shows him briefly lamenting Miles’s refusal to let him turn her into a film goddess, there’s nothing obsessive about his behavior, and he is depicted as a perfect gentleman toward Leigh, played by Scarlett Johansson.

With a total lack of conflict in Hitchcock’s relationships with the actresses, the filmmakers resorted to invention, concocting a romantic attachment between Hitchcock’s wife, Alma Reville (played by the incomparable Helen Mirren), and a male screenwriter who wants her help in doctoring a script. Alma, by all accounts a gifted film editor who worked on her husband’s movies without an on-screen credit, is portrayed as the savior who whipped Hitchcock’s flabby, unexciting version of Psycho into shape and made it a masterpiece of suspense and terror. Without her intervention, it seems, Psycho would have had a limited release and died a quick, quiet death. Alma suggested killing off the Leigh character after 30 minutes, and she insisted on the unforgettable music in movie history’s most famous shower scene. 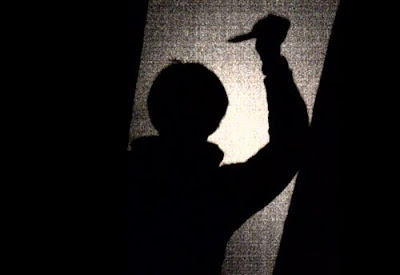 Alma is also depicted as a discontented wife, fed up with her husband’s “fantasy affairs” with his blonde leading ladies and craving his attention at the same time she feels disgusted by his weight and piggish eating habits. He rebels against her criticism at times, but he knows that he needs her.

The Girl, a joint production of the BBC and HBO that was shown on U.S. cable TV recently, is about the making of The Birds, the film that followed Psycho. Alma is a minor character in The Girl, and Hitchcock is a man teetering on the brink of madness. Played by Toby Jones, he is sexually obsessed with Tippi Hedren (acted by Sienna Miller). When the actress isn’t playing her physically exhausting role on the set, she’s narrowly escaping the director’s advances behind the scenes. Hitchcock punishes her for rejecting him by forcing her to do dozens of takes, a full day’s worth, of a scene in which she is attacked by a mob of birds. Nothing about that attack was faked. Hedren ended up collapsing, covered with bleeding wounds. 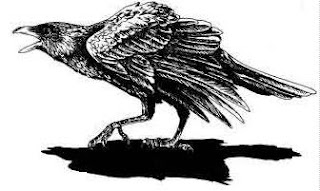 The Girl has stirred up a storm of protest from those loyal to the Hitchcock legend. The filmmakers say they based much of the script on interviews with Jim Brown, Hitchcock’s long-time right-hand man and assistant director on The Birds. But Brown died before the movie was completed, and his wife has declared in interviews that she is “absolutely sure” her husband would never have spoken ill of Hitchcock. Scriptwriter Gwyneth Hughes, a BBC veteran, responded that her screenplay reflects Brown’s frank statements about Hitchcock’s “painful relationship with Tippi Hedren.”

Hedren says the film is an accurate account of what happened to her while she was working for Hitchcock on The Birds and later on a second movie, Marnie. She has called him “evil and deviant” and told the audience at a London screening of The Girl that his obsession with her was “oppressive and frightening” and a “horrible experience.” Another of Hitchcock’s blonde leading ladies, Kim Novak, told the press that he never made a pass at her, therefore she doesn’t believe the stories Hedren tells about him.

It’s up to the viewer to decide which film is closer to the truth about the real Hitchcock... or whether they show two sides of the same man. Fortunately, nothing we discover about the filmmaker, his personal behavior, or his wife’s role in shaping the movies, can diminish the films themselves. Like any brilliant work of art, they live on as distinct entities, quite apart from their creator.
Posted by Sandra Parshall at 3:00 AM

What I found odd in the Hitchcock movie was that although Janet Leigh finds the peephole via which she was being spied on in her dressing room, the screenplay kind of breezes right past that bit of deviant behavior. Next thing we know, Hitchcock is her pal, practically her uncle, and all is forgiven. The peephole scene is enough to convince you there was something very wrong going on with Hitch. I am assuming that scene was not made up.

Superb article, Sandy. shows you have a great gift for research ! Thelma Straw in Manhattan

So interesting. More evidence that one's legend can live on in perpetual ambiguity.

A question for everybody: If you learn that a genius filmmaker -- or author, for that matter -- was a jerk, does that diminish your enjoyment of his work? Or give it a new dimension?

Gin, yes, the new Hitchcock movie does gloss over some things that are pretty widely acknowledged as true. They clearly wanted to avoid a heavy negative tone.

Interesting article, Sandra, I haven't seen either of them, but look forward to both.
Jaded as I am, I believe Heddron.
Patg

I believe her too, Pat.

Interesting article about the two men who were Alfred Hitchcock ... or weren't, depending on which version one believes. I'll have to hunt up those two on DVD, perhaps have a private little Hitchcock festival via Netflix.

To answer your follow-up question: "If you learn that a genius filmmaker -- or author, for that matter -- was a jerk, does that diminish your enjoyment of his work?" Depends on the enormity of the jerkitude, the form it takes, and whether or not I saw it in action myself.

If I (let's make up three examples) admired a set of water colours, then discovered they were painted by Adolf Hitler, the admiration would die a swift death. (As it is, his work is mediocre to begin with.) Of course, he was far worse than just a jerk ...

If I discovered Hitchcock was Mr Hyde instead of Dr Jekyll, it would give his work new dimension -- his offensiveness is far less than Hitler's, and his character might give me more insight into his films. He's no longer around, and there's no personal "relationship", i.e. while I admire his films, he's not one of my idols.

But if a writer were to answer in the course of a Facebook exchange an innocent question about something in one of her books with an impatient "No, no, no, you obviously haven't read my book!", well, I might finish reading what books of hers I already had, but ... might not be in such a hurry to buy the next one. That's no way to react to a fan who simply missed a point in the plot. (A real example, I'm afraid; I happened to read that particular exchange.) :( --Mario R.

The dark side of Hitchcock is also shown in the 3rd book in the biographical trilogy written by Donald Spoto: Spellbound by Beauty: Alfred Hitchcock and His Leading Ladies.

Just did a five part series at a local library on The Books that Inspired Hitchcock and watched 5 of his films: Young and Innocent, Strangers on a Train, the 39 Steps, Rebecca, and Suspicion. His wife, Alma Reville, receives on screen credit as an editor or as a screenplay writer in at least 4 of those. So not true that she's uncredited in Hitch's films.

He met her when she was working as an editor. By the time they got to Hollywood and he had become a widely celebrated director, she wasn't working regularly on all of his movies. She wasn't on the payroll, that is, but she continued to contribute. They had a daughter by then.