by Sheila Connolly
Recently I was exchanging emails with my agent and she said something like, "you like history—why don't you write an historical?"  I said no—fast.

Fellow Daughter (that sounds wrong, doesn't it?) Jeri Westerson writes mysteries set in the Middle Ages and does it well, and I applaud her.  But I can't do it. 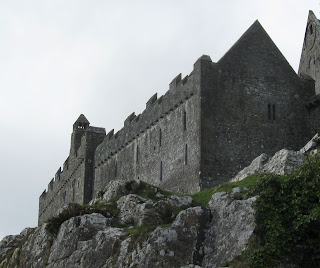 Many, many years ago, when I was trapped in a dead-end job and had a memory typewriter (I did say "many years," didn't I?) sitting in front of me, I thought I'd try my hand at a medieval mystery, since I was once a medievalist.  I had the perfect opening:  someone is found dead in the cloister of a monastery under construction, his head crushed by a falling capital. Actually, in hindsight I realize I did one thing right:  I had the body right up front. But I gave up after three pages.  I had an interesting death and nothing more—no plot, no characters, and no idea where to go from there.

Obviously I came back to writing mysteries, a couple of decades later, but I chose to write contemporary ones.  Why?  Because as I told my agent, writing a historical is TOO MUCH WORK. 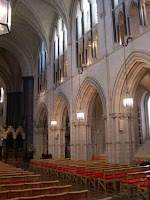 Once upon a time I was an academic: I have a Ph.D. in Art History.  If you've never been a member of the rarified world of academia, you probably don't realize that you can't make a statement, at least in writing, without having researched it thoroughly, and without adding at least two footnotes to back up your carefully phrased assertion.  Here's an example of academic-speak: "there are those who have suggested that the prevailing influence in the peripheral ornamentation of stone sculpture in the Southwest of France in the later twelfth century owes much to the infiltration of Moorish scrollwork appearing slightly earlier in manuscripts smuggled into the country by itinerant monks." You've gone to sleep, haven't you?  Obviously if you tried to write like this in a mystery, your reader would have turned her attention to her grocery list, which would be far more interesting.


A more normal person would write a simple statement like "French stone carvers copied a lot of Moorish motifs."

You might say that the same principle applies to writing mysteries. But still…  It's hard to let go of that training.  Suppose you say, "the colonial house sat proudly on a hill overlooking the old King's Highway." The reader gets a quick image of the setting, no problem: old house on hill.  Me, I'm saying—early colonial? Late colonial? Was it there before or after the King's Highway was built?  When were the King's highways built? And so on.  And one thing you're not supposed to do is insert "infodumps" into your book—you lose your reader's interest, fast.  They do not want to read two pages about the evolution of domestic architecture and its correlation with public infrastructure in the American colonies during the eighteenth century. 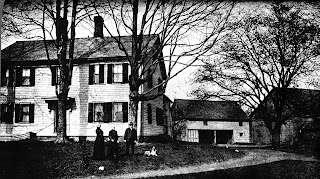 So I cheat, just a little, in my series.  My protagonist in each case probably knows very little about certain subjects, so she can ask stupid questions of someone who does know.  That way I sneak a little information in, without overdoing it.  It's a balancing act.


I love history, really.  In all my books I'm aware of how much the past informs the present, whether it's in Massachusetts, Philadelphia, or County Cork. But that may be as close as I'm going to get to writing historical fiction. I think I've found the perfect intersection:  a t-shirt I bought at Walden Pond in Concord, Massachusetts, which bears a quote from Henry David Thoreau, "Simplify, simplify."  Words to live by.

I agree about Jeri's books - fabulous. Since I moved into a house built in 1880 for the mill workers, I've been drawn to start a historical mystery series (a young woman who works in the mills as protag), but it's going to have to wait until I can ditch the day job, because as you rightly point out, it's a lot of work!

Love your comment about how academia writes. I've lived among those people!

Alas, Thoreau needed an editor: that should have been, "Simplify." ;)

I wrote half a historical novel. Okay, maybe a quarter, but I wrote it twice -- just could NOT find the protagonist's voice. I aim to try it again -- as Edith said, when there's no day job in the way -- but you're absolutely right, Sheila, about the burden of history. I found myself obsessing about every little detail -- no wonder the protag got lost!

I, too, love the way you talk about academic writing, too. Been there, too, and would have been one of them if I hadn't had the sense to become a librarian, instead. Probably, I'd have been a failure as an academic -- I never quite knew whether the one professor during my defense was intending to compliment me or not when he commented, re: my diss., that he was surprised at how "readable" it was. [laughs] And I know just what you mean re: infodumps, it's hard not to indulge in them, isn't it?

Gack. I cannot *believe* I just used the word "too" thrice in the space of one line's worth of writing. I know better. [sigh]

There are those who had not even experienced earning
their degrees but they are in pedestals right now.
If you are done with your schooling, you can get admitted for diploma or under graduation in the course.
Anything missing from the website and it will fail to achieve its
objective.

Here is my weblog; The Design Entrepreneur Free Download