The Trouble with Eyewitness Testimony

Why do we continue to give so much weight to eyewitness testimony?

Again and again in the past few years, we’ve seen wrongly convicted people – usually men, usually serving time for rape or murder – freed by DNA evidence after losing years or decades of their lives because a jury believed an eyewitness’s testimony. In some cases, victims and even prosecutors have continued to insist that these people are guilty. They were seen committing the crimes. They must be guilty. 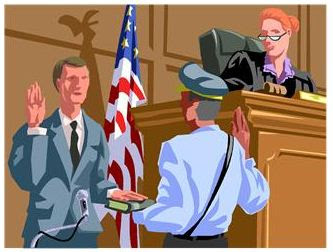 The truth is that the human brain is lousy at remembering details, especially in emotionally charged events. Witnesses and victims remember the emotions far more clearly than they recall the perpetrator’s appearance. As time goes on, the brain alters memories in subtle ways, making them even less unreliable.

The fallibility of eyewitness accounts has been demonstrated in numerous controlled scientific studies and proved in the real world by DNA tests. Police and prosecutors know that five witnesses to the same crime may give five contradictory descriptions of the perpetrator. Yet eyewitness accounts remain the most common “evidence” used to convict people. Despite the popularity of forensics, nothing is more compelling to a jury than a seemingly credible witness on the stand during a trial, pointing at the defendant and declaring, “It was him. He’s the one who did it.” Sometimes, though, it wasn’t him, and he didn’t do it. Sometimes the guilty person goes free while someone who’s innocent goes to prison.

A lot has been written on this subject, with little effect. The latest book about our flawed criminal justice process is In Doubt (Harvard University Press), by Dan Simon, a professor of law and psychology at the University of Southern California. He says that if you use only exonerations in capital murder cases as an indicator, the false conviction rate is around five percent, but he believes that’s a mere fraction of the number of wrongful imprisonments.

Simon uses research into the workings of the human brain to prove his conclusions about the destructive use of eyewitness testimony when the future of a human being is at stake. Studies have shown, for example, that our memories are highly selective in what they notice and retain and are not good at registering details of strangers’ faces. In a criminal case, witnesses may unconsciously alter their memories to conform to what they believe the police and prosecutors want – or to fit their own personal bias. Yet even when their recollections change over time, witnesses usually remain convinced that they have an accurate mental picture of what and who they saw.
Simon proposes that all interviews with witnesses, victims, and suspects be recorded and that jurors receive instruction from judges on the possibility that bias may affect testimony. Since prosecutors rely heavily on eyewitness  testimony, they’re not likely to welcome such a warning from the bench. 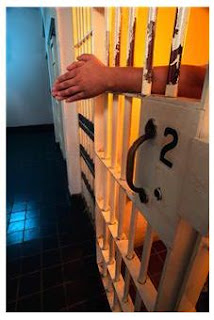 Personally, I’ve read too many stories of innocent people spending half their lives in prison to ever trust eyewitness testimony. If I were on a jury and the only “evidence” presented came from a so-called eyewitness, I would probably not vote to convict because I would still have that all-important shadow of a doubt in my mind.

What about you? Could you send someone to prison for ten, twenty years, for life, on the strength of a witness’s declaration that “It was him. He’s the one who did it”?
Posted by Sandra Parshall at 3:00 AM

Too many cases (and too many psychological studies and test) show that memory -- and perhaps especially memory gained under stress -- is not reliable, certainly not when it comes to strangers.

For that matter, if your attention is focused elsewhere, you entirely miss something that goes on elsewhere. For example, there's the famous hidden gorilla test, where a gorilla marches through a scene when the viewer's attention is distracted:

(Watch through to the end.)

I would not want to convict solely on the basis of eye-witness testimony.--Mario R.

By "certainly not when it comes to strangers", I mean when the eyewitness has never seen the supposed perpetrator before. It's another matter if the eyewitness saw his classmate from two seats over murder a professor, say. The classic demonstration of that comes in a psych or law course where the professor has arranged for someone to burst in, angrily accuse him of something, and shoot him before running out. The professor then rises from the "dead" and bids the horrified students to describe the shooter ... (This one shows up in an old Perry Mason episode -- where, of course, at some point the blank in the gun is replaced by a real bullet.)

I am amazed at the amount of thought and research you clearly show your readers in these blogs. Thelma Straw in Manhattan

Like you, I would not convict on eyewitness testimony. I don't think it should be used except perhaps in limited ways -- as when the person is known to the victim and even then there can be various problems.

One point no one has discussed today is twins having the same DNA. I've become more and more concerned about that: There have been a couple of cases that I read of in the last twenty years that have that -- the eyewitnesses did see someone who looked exactly like the guy, a twin the guy didn't know existed. I had an interesting experience in that regard -- saw an old boyfriend up close at the library microfilm, went over and said hi. Guy kind of cringed (as in who is this strange woman?) -- clearly is not old boyfriend (who is always VERY, VERY happy to see me) from his behavior. I am convinced from three spottings of this guy, all at a library, that this old boyfriend has a twin who doesn't know he exists and vice versa. (I asked him wasn't he John Doe and he said he had never heard of John Doe so they aren't known cousins either. They wore the same style glasses, favored the same slacks and shoes and yet the expressions were not the same as my old friend is gregarious and this guy was hesitant around strangers.

I am not convinced that many of these prosecutors are sincerely thinking guilt -- too many do not care, just want the notches on their belts. Examples include the one in Northeastern Ohio that jailed a neigbor guy (uncle of victim) for years when the actual perp had been let out of jail for the same style rape-child murder the previous day and moved in next door. The prosecutor, Sharon name-leaves-my-head, was belligerently in the way of blocking proving the truth. Guy's ex worked to solve it and eventually did. Also the prosecutors in the Tankleff case (not the first wrongful conviction in that particular Long Island, NY county). These prosecutors who will not run DNA to prove facts are I have become to realize criminals themselves, just wanting their notches and must start being treated as criminals for our legal system to work. (I know there are many hardworking D.A.s and errors will happen, but there are many who are clearly up to no good. I mean you can't read nonfiction and exoneration cases without realizing that.)

Again, thanks for raising this discussion. I had not read this particular book yet. I own one of Elizabeth Loftus's books that I think everyone should own, also Pendergrast's book on false memory. I think everyone needs to own some of these books and mull over how we can make our system better.