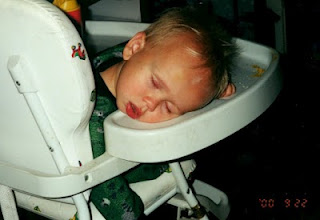 Everyone has the occasional nightmare, although I find that I have fewer of them as an adult.  A recent nightmare, though, had me thinking again about what causes them and why they seem so real--which, for me, is what makes them so frightening.

According to this site, the ten most common nightmares are 1)Being lost 2)Missing a boat or plane 3)Being chased 4)Failing a test 5)Nudity 6)Being ill or dying 7)Car troubles 8)Teeth falling out 9)Falling 10)Faulty machinery.  Although I would not have come up with this list on my own, I've had a nightmare that fits almost all of these categories. Real nightmares have little to do with movie nightmare images like scary clowns or ghostly children.  Instead, they always seem to be glimpses of real life gone slightly (or extremely) wrong.

In my last nightmare, I was leaving my house by the side door, and doing what I always do, which is turning my back to the car in the driveway in order to lock the door.  In that instant someone grabbed me from behind, around the neck.  It was dark outside, and my abductor had the cloak of invisibility. My family was just inside, behind the wall, but when I tried to scream, no sound came out.  And I came to a realization: I had always feared this would happen, and now it had, and there was no escaping it.

Then I woke up.  The most terrifying part of the dream had not been the intruder in the dark, but my defeated acceptance of a terrible fate. My conviction that I would die was the detail which woke me up--and the whole terrible dream was triggered, I think, by the fact that I was too hot.

So the age old question emerges again: was this merely a biological response--my brain making up a story which was guaranteed to wake me?  Or was I tapping into the collective unconscious--one of Jung's archetypes which he suggested we all share--"a second psychic system of a collective, universal and impersonal nature which is identical in all individuals"?

I guess I'd prefer to think that there is some sense in the nightmares.  I like to think that, if I examined them, I could sort through something in my conscious life which my unconscious was trying to bring to the forefront.  But my dreams have become more elusive with time.  My husband claims, when I relate my dreams, that they are surprisingly linear, like a story, while his are just blobs of images here and there, and he can rarely remember them at all.

What sorts of nightmares do you have? Are they on the list above?  Do they ever seem to reveal something about your conscious life?  And are they linear?  I'm curious!

I can identify with you, Julia. I have dreams that I then try to sift through and interpret to see if there is greater meaning. And then I have others that are just right out of a horror film. Last night's monstrosity was a giant mosquito. I don't know where that came from, but it gave me the creeps...and I haven't been able to shake the feeling off yet!

When I write a frightening scene, I sometimes dream about it afterward -- and put myself in my protagonist's place. I have only my own fears to draw on when I write, so I guess I scare myself and the dream is a way of expressing (and perhaps defusing?) the fear. My worst nightmares always take place in darkness. I've resigned myself to being afraid of the dark forever. That phobia isn't likely to go away at my age.

Gayle, what an interesting image! Yes, I do tend to read into everything, which annoys my husband. :) But a giant mosquito--that's food for thought.

Sandra, I think darkness truly is one of those shared fears because of all it represents. But how handy for your writing that your unconscious mind is also at work on it. :)