Tony Dunbar is a lawyer and the author of the Tubby Dubonnet mystery series set in New Orleans. The seventh episode, Tubby Meets Katrina, was the first novel set in the city to be published after the storm. He is the winner of the Lillian Smith Book Award, and his mysteries have been nominated for the Anthony and Edgar awards. He has also written non-fiction books about the South and civil rights and has lived for more than thirty years in this beautiful and complicated city.

Julie Smith, herself one of the great New Orleans mystery writers and now a small-press e-publisher at BooksBnimble, is currently bringing out e-editions of the series online. She says, "Tony Dunbar’s delightful Tubby Dubonnet series is popular with fans of New Orleans, comic noir, and sly capers."

I write stories about New Orleans, the people who live here and the cats who drift here, looking for... whatever it is we have for them. My character, Tubby Dubonnet, is a big guy, a lawyer, a divorced father of three girls, basically an honest man. 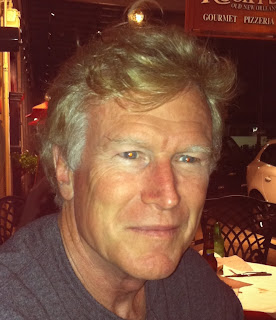 He eats too much, reaches out to the ladies though they hurt him, and he has an odd fascination for odd souls. He has a way of getting involved in situations that involve violence, intrigue and murder. He relishes the joy and mirth and experiences the tragedy that are the two masks of Mardi Gras.

I’m a lawyer, too, and I’m often asked, and I ask myself, what am I doing with this character. After all, I’ve written seven Tubby books, all the way from Crooked Man to Tubby Meets Katrina, so he and I have had quite a relationship. In the beginning, the motivation was fame and fortune, and with the help of Putnam, Berkeley and Dell, I have had my share of that. 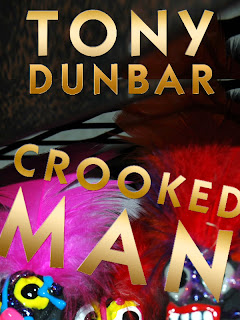 The reviews in the New York Times and, even better, the home town Times-Picayune were beyond gratifying. But I’m always reaching for “the ages” and feel guilty if I can’t find deep significance in my work. That can be a little hard when you’re writing stories designed to be consumed on a jet ride from New Orleans to Dallas. So I’ll tell you what turns me on about writing mysteries and why I am now excited to see them coming out in e-versions. I’m excited enough to start writing more chapters in Tubby’s crazy life.

First, I think entertaining people is a big deal. I bow down in gratitude to all the people who entertain me, from Rex Stout and Ace Atkins to Deacon John and Sunpie Barnes. So, if I can give someone three hours of fun I’ll take that to the bank.

Second, I think I’ve captured a seamy and colorful part of new Orleans at a cool time in its three hundred years of improbable existence. Sorry to list points one, two three, but that’s what we learn in law school.

And third, which is me being a lawyer again, I like to explore ethical issues. The rules of professional conduct that try to govern lawyers take up about 40 pages of every state’s law books, but Tubby reduces those to “never screw a client and never lie to the judge.” And he always tries to get paid. The practice of law, and that special super-strength, the attorney-client privilege, is very powerful medicine, and down-to-earth practicing lawyers have to measure themselves against it every day. Tubby does, and it’s a real bitch. He has to wrestle with the rules and they aren’t always on point. Writing about that is fun for me. I like to think it is engaging and maybe instructive to law students and lawyer readers out there. Maybe they will make better choices than Tubby. But, you know, he’s only human. Actually, that’s not quite true. He’s the guy who can get you out of OPP – that’s Orleans Parish Prison to you.

Hello, Tony Dunbar! What a nice surprise to find you here. Your CROOKED MAN is one of my favorite books already and my review is on Amazon.

Plus, and it's a big plus -- Tubby Dubonnet's 3-Minute Tour of New Orleans is the best book trailer I have ever found on You Tube. You and Booksbnimble did a great job, and the soundtrack is perfect. I play the trailer at least once a day just to hear the music.