The Mystery of Symbolism

I’ll tell you a secret about symbolism in fiction: Most of the time writers don’t realize they’re using it.

If a symbol seems heavy-handed and obvious, the author probably used it deliberately. If the symbolism is more subtle, adding depth and texture to the story without hitting the reader in the face, it probably sprang from the writer’s subconscious and made its way to the page without examination. The writer might not recognize its meaning until an editor or reader points it out.

By now I’ve talked about my first novel, The Heat of the Moon, with a lot of people, but I’m still fascinated by readers’ insights and the layers of meaning they find in the characters, their relationships, and even the objects surrounding them. Last week I attended a book group discussion that left me feeling the 22 members knew my book better than I did. 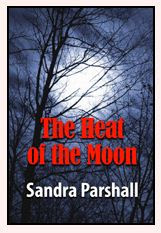 The group leader, Polly, is a retired teacher who makes the kind of charts that most of us remember from high school English classes. I was so impressed that at the end of the meeting I asked if I could have the big sheets of paper she’d used to note important points made during the group’s discussion of my book. I’m referring to them as I write this.

Polly described The Heat of the Moon as “Rachel’s Journey of Self-discovery” and noted the themes of identity, mother-daughter conflicts, motherhood, and the meaning of family. Of course, I was well aware of these elements when I wrote the book and couldn’t have written it otherwise.

When the group moved on to symbolism, though, I was astonished at how much meaning they found in every aspect of the story. Here are a few things they picked up on:

The wounded wildlife Rachel is rehabbing – animals that are kept in cages. The readers saw a parallel with Rachel’s psychic wounds and the cage – Judith’s (Mother’s) house – she lives in.

The weeping cherry (a gift from Judith to Rachel), the tall yews (poisonous plants) that hide Judith’s house from onlookers, Judith’s perfect garden (which Rachel eventually tries to destroy), the flower arrangements that must be just right, the sycamores whose white trunks glow like ghosts in the late-day sun. The readers felt all of these contributed to the menacing  atmosphere of the book and represented the destructive nature of the mother/daughter relationship.

The house itself, with its locked and/or forbidden rooms, its secret files and hidden boxes filled with old photos and records. This is Judith’s fortress, the setting of her contrived dream life for the dream family she has stolen from someone else. The dream crumbles when Rachel begins opening doors and venturing into forbidden spaces.

I don’t think the readers got anything wrong, and it was an extraordinary experience to hear a large group discuss The Heat of the Moon with such deep understanding and appreciation. I loved it, and I learned a few things about myself as a writer. I may reread The Heat of the Moon in light of this discussion.

For a bit I was concerned that thinking too much about symbolism in one book would make me self-conscious of any symbols that crop up in future work, but I know my mind well enough to realize that won’t happen. The area of my brain where such things percolate isn’t easy to access directly. It’s going to do its thing the way it always has, regardless of what I’m thinking on the surface level. Later, when the book is published, readers will tell me what it all means.
Posted by Sandra Parshall at 3:00 AM

Sandy, this reminds me of a story I heard a writer once tell - can't remember who. The author's book was being read in a high school English class and the students had to write a paper on symbolism in the book. So an enterprising student emailed the author to ask what she meant by using X. The author replied she hadn't meant anything by it. The student replied the next day, saying, "I told my teacher what you said. She said you're wrong."

And the teacher was probably right. Fiction *can* be written without the help of the subconscious, but it will seem shallow. Mystery writers don't talk much about symbolism, but we do talk about "layered" stories. I think that's just another way of looking at that deeper meaning.

This reminds me of reading about the great symbolism the Beatles found in their own work, after other people pointed it out. They swore they didn't put it there, but that people could get whatever they wanted to from their music (which I'm a great fan of). Great fan of you, too, Sandy!

Sandra,
I loved "The Heat of the Moon" and I actually read it twice. I spotted some of the symbolism as I read the book but certainly not all. In my opinion, THOM was psychological suspense at its finest!

Loved this, Sandra. I think we do put symbolism in our books without planning to do so--part of the joy of writing.

So glad, Sandy, that you found such an appreciative group of readers for your work. It's been a while since I've read "Heat of the Moon," but their comments made me more aware of why I found it such a powerful and compelling book. Thanks for sharing this with us.

" ... the flower arrangements that must be just right ... represented the destructive nature of the mother/daughter relationship"

I read it as an obsessive need to control the environment, actually, but that definitely contributes to the destructive relationship.--Mario

Mario, Judith had an obsessive need to control *everything* -- including Rachel and Michelle -- and her need for control over the sisters made their relationships destructive.

Exactly. Environment includes the daughters, after all.

Heat is a terrific book.

I agree that much of the symbolism we create is subconscious, but I also think we can identify and heighten it in revision. Much of what writers *think* is in the story isn't clear to readers, because we're afraid to come on too strong. That's rarely the case.

When the symbolism seems forced, it's usually because it is. I've read books in which the author all but bashes the reader on the head with a deliberately placed symbol -- then proceeds to explain it. Sometimes at great length. Apparently some readers like that, but I don't.

People seem to find symbols where none were intended. It reminds me of a co-worker who asked me what I thought about the symbolism of the two runners not competing against each other in the movie, "Chariots of Fire." He didn't believe me when I told him there wasn't any symbolism. The movie was based on a true story and they didn't compete against each other.

I am really inspired with writers and I want to be one. Its truly amazing to know how symbolism works. Very education post, Thank you!

By dinnertime, you'll often be so worn out from all the sights, that a pleasant dinner (at British prices!) can be a waste. As Chinas economy continues to falter, Chinese consumption decreases. Related article for more details : I dressed up and even wore make-up and luckily had my roommate on hand to give support to my testimony that I had made the phone calls.