We also eat a lot of chocolate and drink a lot of wine to soothe us through those inevitable rejections and harsh reviews. The result? Spreading butts.
There’s not much I can offer you in the way of advice to keep your butts from spreading, other than to tell you to eat right and exercise (how often have you heard that?) However, we writers have more to worry about than bloated bellies. We also have to keep our manuscripts from getting fat. And that’s something I can help you with. Today I’d like to present my 10 Step Diet for Reducing Bloated Manuscripts. It won’t help you shed those holiday pounds you packed on, but it will, if followed, tighten your writing.
STEP ONE: Reread your manuscript. Is every scene essential to the plot or the goals, motivations, and conflicts of your characters? If not, no matter how much you love what you wrote, ax the scene. Each scene must serve a purpose. No purpose? No scene.
STEP TWO: Repeat STEP ONE for all dialogue. If the dialogue is nothing but chit-chat, kill it.
STEP THREE: Do a search of “ly” words. You don’t have to omit all adverbs, but wherever possible, substitute a more active, descriptive verb to replace your existing verb and the adverb that modifies it. 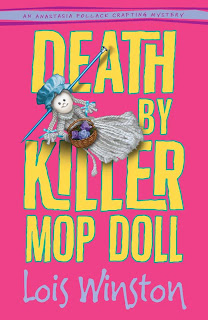 STEP FOUR: Instead of using many adjectives to describe a noun, use one all-encompassing adjective or a more descriptive noun. If certain information isn’t necessary to your story, omit it.
STEP FIVE: Say it once, then move on. It’s not necessary to repeat an idea or image in different words in the next sentence, the next paragraph, or on the next page. You don’t need to beat your reader over the head. She’s intelligent enough to “get it” the first time she reads it.
STEP SIX: Identify needless words and eliminate them. Every writer has at least one or two pet word she overuses.
STEP SEVEN: Avoid laundry list descriptions by substituting more descriptive nouns and adjectives.
STEP EIGHT: Do a search for was. Wherever it’s linked with an ing verb, omit the was and change the tense of the verb.
STEP NINE: Choose more descriptive verbs and omit the additional phrases that enhance the verb.
STEP TEN: Omit extraneous tag lines, and let the characters’ words and actions convey their emotions. If it’s obvious which character is speaking, a tag line is unnecessary.
NOTE: The above word diet is part of a healthy writing style and recommended for all authors, whether or not they need to shed 20,000 words from their manuscripts.
So what do you think? As a writer, is this a diet you can stick to? As a reader, how do feel when you come across bloated prose?
Post a comment to win a copy of Death By Killer Mop Doll. The winner will be announced on Poe’s Deadly Daughters on Monday morning.
Lois Winston is the author of the Anastasia Pollack Crafting Mysteries published by Midnight Ink. Website: http://www.loiswinston.com
Posted by Elizabeth Zelvin at 10:39 AM

I actually find this part of writing fun . . .

I think, as a writer and a reader, that bloated prose is in the mind of the person reading the book. James lee Burke, one of my favorite authors, is criticized by some for his scene setting. The same scene setting I love.

If he followed your suggestions, then yes, his books would be shorter and cleaner. But they would not be of the same quality in my opinion.

Thais for inviting me today, Liz. I did want to correct something, though. I'm giving away 5 books throughout my month long blog tour, not 1 copy on Poe's Deadly Daughters. Anyone who posts a comment to any of the blogs during the tour is entered in the drawing. The complete tour schedule can be found on my website at www.loiswinston.com or Anastasia's blog at www.anastasiapollack.blogspot.com.

Kelly and Kevin, everyone has a different process. If your writing sells, your process works. If you're not selling, sometimes re-evaluating your process and trying something different might make the difference for you.

Lois - I'm a repeater. Look - I'm repeating because this is so important.

Thanks for the ten reminders. I'm in edit mode right now and have to add scenes so in order to stay in word count, I'm going to have to kill some of my darlings.

Great post. I love rereading and editing and cutting, even it's painful to cut out my favorite parts.

While I've heard your advice before, this time you made it click. Instead of trying to examine all the possibles in one swoop, attack one at a time, multiple swoops. Now that's a diet I can handle.

I agree with so many of the things you said. While I love descriptive writing, so many times I find repeated phrases, meaningless dialogue and extraneous scenes tiresome. Nothing can replace a good editing job which, sadly, seems to be lacking in some books. Thanks for the post!

I find that I overuse the word "that."

This would have been a great list to share with students when I was teaching English. Unlike many of the writers of comments here, they generally didn't relish editing.

Lynn, Carol-Lynn, Janie, Kath, jane, Kelly, and IIK10 retired, thank you all for stopping by and commenting.

Number five has traditionally been my stumbling block. The past few years have very much been a process of learning to write leaner for me. Good post--best wishes for Death by Killer Mop Doll!

thanks for the helpful tips. writing is like stone sculpting - the sculptor removes the material he doesn't need.

Joe, having read your ms., I can tell you that you're definitely doing a fine job.

Like the rest of you, I spend a lot of time at my computer and get very little exercise. But, unlike you, I gave up cooking two years ago and eat only at restaurants. As a result I have gone from a size 22 to a size 12 on my restaurant diet. Read how I did it in "From Fat To Fabulous, A Restaurant Lover's Guide" at www.ElaineAbramson.com.

Excellent list. I'm guilty of so many! Number 5 is a pet peeve of mine and one I spot a lot when I critique or judge contests. Thanks for a great post. Now, I'm off to check out From Fat To Fabulous!

Thanks, Jess. I have to wonder about that restaurant diet of Elaine's, though. I always eat more when I eat out.

Excellent tips for writing & revising. Thanks.
Do you have these as a document anywhere, or should I try to print the screen?
As for the spreading posteriors ... that's not my particular problem. Been skinny most of my life. Plus, for the past 7 years, I've been exercising approx. 3 times each week. That helps.
Please enter me in the drawing, I'd love to win a copy.

Fields of Flowers UltraInflamX Plus 360