Yes, you can earn a living by writing

A lot of novelists couldn’t live on their book royalties, but according to the U.S. Census Bureau and the Department of Commerce, the class of writers and authors as a whole earns more money than the average American.

That’s one intriguing finding from a study by the National Endowment for the Arts of data in the American Community Survey (2005-2009). The study found 197,768 people who identified writing as the occupation in which they worked the most hours in any given week. People who write for a living made up almost 10% of the nation’s 2.1 million artist workforce. Their median income was $44,792, compared to $39,280 for the general population of workers. The NEA suggests this may be due to the higher than average education level among writers – 84% had at least a bachelor’s degree, compared to 32% of the overall workforce.

One especially gratifying finding: Among writers and authors, women earned nearly the same amount as men. Women also outnumbered men: about 57% of writers were female, compared to 47% of the overall workforce. 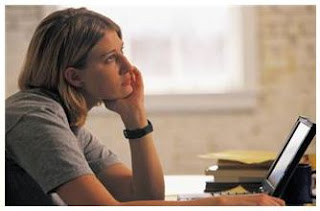 Where do writers work? About 44% were self-employed, compared to 10% of the total workforce. The highest concentration, 32.8%, was in the “performing arts, spectator sports, and independent artists” category; 17% earned their living by providing professional services; and 20.4% worked in information industries such as films, video, broadcasting, newspapers, books, or directories. About 9% worked for the government, the highest percentage of any group of people in the arts.

Where do writers live? New York and California had the highest number, but writers were also numerous in Oregon and Vermont. However, the state that has the most book publishing jobs is Minnesota, and the concentration of book publishing employment in Minneapolis is eight times the national average. New York comes in second, followed by Massachusetts and New Jersey.

Some other intriguing findings: only 13% of writers and authors were nonwhite or Hispanic, compared to 32% of the general workforce, and only 7% were foreign-born, compared to 15% of all workers.

Do any of these figures surprise you?
Posted by Sandra Parshall at 3:00 AM

Interesting stuff, Sandy! Do you have any idea if "writing" encompassed all types? I assume it must. I have a day job as a technical writer, so I'd count (though I wouldn't call it the "artistic" sort of writing), and I've made a living as a freelance marketing, technical, etc., writer in past years. None of that included writing or being paid for writing fiction.

Still, at least I can make a living with my words one way or another!

This is very interesting. It doesn't surprise me that a small percentage of foreign-born people work as writers. It's very difficult to write in a second language.

The figures would be very different if the question had been whether fiction writers make a living.

Tammy, yes, these figures are for all people whose primary job is writing, regardless of what kind of writing it is.

I enjoyed the blog, Sandy. It's interesting how many writers (fiction or not) just assume other writers don't make any money, except for the big name writers, of course!

I think fiction writers tend to forget that there are many types of writing -- some of which actually pay well. :-)

"It doesn't surprise me that a small percentage of foreign-born people work as writers. It's very difficult to write in a second language." True, Patricia, but only if you were not already reasonably fluent in the second language and came to the country where that language was spoken as an adult. I can attest to this personally: I didn't learn English until I was seven, and even then it only took a few months to go from no understanding to full understanding. My parents had had a good education and were already fluent; granted, neither were writers as such, but my mother had no trouble writing papers when she went to library school late in life, and my father worked as a reporter for various U.S. papers for years.

I "make my living" as a writer. Of course, if there wasn't an income coming in from my husband it would be a piss poor living, one where I certainly couldn't afford to pay my mortgage. But I only went rogue a year and a half ago. I expect that income to rise as more books are out there collecting royalties.

When I was a freelance reporter, had I really hustled and worked full time, I could have made a very good living. I don't know how that is now what with newspapers dropping away.

I was a journalist for too many years to count, but now I'm trying to earn my living through fiction writing. I wonder if I count toward the statistic the same in the two different categories?

As a life-long Minnesotan (almost) I am not surprised. We also have one helluvalot of good crime fiction writers, compared to the national averages. Must be something in the water.

I think that fiction writers have to be somewhat creative in finding paying gigs.

Five years ago I started publishing spoofs at a British website, www.TheSpoof.com. No pay, but fantastic publicity.

Now I sell spoofs (usually three or four a month) to the Westchester Guardian (http://www.westchesterguardian.com/), a neighborhood paper that's both print and online. It's not a huge amount of money, but it's a lot of fun. The best part is that I keep all the rights to my work, so I can do whatever else I want with the spoofs. Now that I have over 300 of them, I'm putting together an ebook. Fun!

Good luck with the book, Gail!

Yes, the figures do surprise me, Sandy, although I'd believe that most writers earn their largest amounts by writing nonfiction.

I'd be interested in seeing a breakdown of income between that 44% self-employed and the rest. And also whether the income is completely from writing. When I had a part time day job, most of my hours were spent writing, but most of my income was from the day job. I know people calling themselves writers, but they basically write documentation or ad copy for large corporations. No self-employed writer I know earns above the poverty line on only their writing.

Thanks so much for the research, Sandy. I am not surprised, but I sure was back in 2004 when,in their book section, The Christian Science Monitor published a national map with the numbers of current book publishers of record in each state. I am sure the map was based on purchasers of ISBN blocks, and publishers included some like "Granny's Cookbook and Memoir Press." However, even then Minnesota was creeping up on New York, though California beat everyone with 16,787. My home state, Arkansas, had 399!!

And Liz Zelvin and Tammy are right if my experience is any indication. I made more money as a journalist (both broadcast and print) and magazine feature writer than I do now as a fiction author. After fifteen years in print my non-fiction book still sells about equally well with a couple of my earlier mysteries.

My guess is the only authors who earn a comfortable living writing only fiction are those who pen TV/movies screenplays as well as books, those who have part-time teaching or other jobs, or those who crank out a huge amount of material--three or more genre/romance mmpb and short stories each year. Jeri, journalist stringer pay for small newspapers is minimal.
Sally Carpenter