Recently I've been taking another look at a manuscript that I wrote over five years ago, to see if it's worth salvaging for publication in some form. I've always liked it, and it still makes me laugh. Plus I hate to waste anything I've written.

I reread it, and I still like it. But I've learned some things since I wrote it, and the biggest change I'm making is to axe about 20,000 words from the end. As I reread it, I was caught up in the pacing of the story, which reached a resolution about 80,000 words in—and then I realized the book as written didn't end there, but meandered on for another five chapters. Well, it ends there now.

I've usually called this a romantic suspense. It's suspense because there's a lot of running away from something and trying to get to something else to save something important, while being pursued by a variety of people. And the action takes place within a week's time, which is much faster than most of my books. It's romantic only because the protagonists hate each other until the last chapter when they fall into each other's arms--they spend a lot of time sniping at each other up until then.

I've probably said before that I'm a "pantser"—I don't plan ahead in meticulous (that is, boring) detail, I just follow my characters and see where they go. I make an outline, but only as I write. That allows me to see where the pacing isn't right: chapters are either too long or too short, or sometimes too much happens in one fictional day. That's easy to fix.

But this time in looking critically at it, I'm taking a different approach: I'm asking "why?"

In writing suspense, I think some writers (or at least me) have a tendency to assume that the fast pace will conceal the fact that the logic doesn't always work. The characters are racing around like crazy, reacting without thinking—why shouldn't the reader do that too?

But then I hear my editor's soft voice in my head: "why would he (or she) do that?" And I realize that I need to answer that question, whether or not the reader notices, at least consciously. I like to assume my subconscious is taking care of pesky details like that, but it's not always true. And sometimes saying "it's good enough" is really not enough. 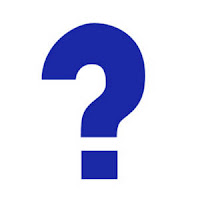 So I sat down and made a list of all the "whys" I thought needed to be answered within the story. Why is he there? Why would the FBI be at the house? Why did the protagonists leave town in a hurry rather than going to the authorities? Why did the bad guy do what he did?

I ended up with four pages of whys. Now I have to figure out how many of those I answered in the story.

Sometimes we as writers get so caught up in the plot that we lose sight of the characters. Action is all well and good, but we can't ask our characters to do things that are, well, out of character, just because it makes the plot work. At the same time, if we're writing suspense, we can't have the characters sit down and calmly discuss what has happened so far and what the next step should be—not when they're running from gunmen or trying to reach another city in time to save the world. There's no time to think and reflect, because it would kill the tension we’ve been trying to build.

But we can't have them do things that aren't true to their nature—the nature we created for them. Either their actions have to make sense given what we know about them, or we need to change the person. I don't know that readers reach a point where they say, "no, he would never do that!" and then stop reading. But once that little seed of doubt is planted, the reader may find the rest of the book less enjoyable.

The funny thing is, it's relatively easy to fix those pesky "whys." Sometimes all it takes is a sentence or two. For example,

He: "Because that's the first place anyone with half a brain would look for us. And we can't use our credit cards and we have no cash."

See? Fixed. (I promise to avoid the "darn, I forgot to charge my cell phone," or at least use it only once per book.)

Reader may never notice that the fix is there—but I bet they would notice if it wasn't.  Wouldn't you? 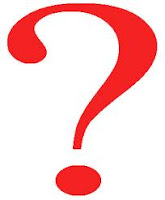 Yes, I would notice the absence of plausible explanations for what happens. I'm always annoyed when something happens in a book for no logical reason and I spend the rest of the book wondering why it happened, instead of enjoying the story.

Great post, Sheila. Though in defense of uncharged cell phones, it is a damn nuisance to keep them charged--especially if you're running around saving the world and not home with your power strip and your charger. Also, some characters don't need logical reasons to do something offbeat or risky. The challenge is to estabish impulsiveness or a propensity for skewed logic as part of the character's, um, character. It is possible to create one who's a little flaky without being TSTL.

I hang out with a bunch of romance writers who are always yammering on about GMC (Goal, Motivation and Conflict.)

All that relentless questioning is enough to drive a person to hug a couple of bottles of pinot grigio or lawyer up. But they're right, I reckon.

A story's always deeper when we figure out those answers and then express it when the character states the stakes while weighing her decisions.

A great question, which can be applied to existence itself. :)

I can tell you that I would be one of those TSTL amateur sleuths whose cell phone was always dead...because mine always is dead. So there's you're real life scenario.