I remember trying to coax my son, who was three at the time, into going trick or treating, an outing we’d planned with a little boy from his playgroup. Rather than going house to house, Manhattan kids ride the elevator and ring doorbells in their apartment buildings. 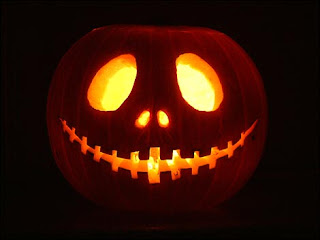 My son, who was easily scared, was dubious. “It’ll be fun!” I said. “You ring the doorbell and say ‘Trick or treat!’ and they give you candy.” “That’s not it,” the other mom said. Believe it or not, she was a psychiatrist. She put her face down close to my son’s and said, “You scare them with your costume, and that’s why they give you the candy.” 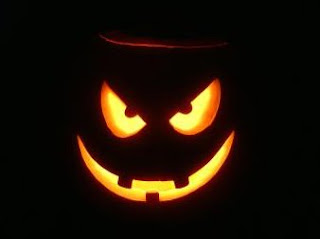 My son immediately started bawling (“Wa-a-ah!”), and that was the end of trick or treating for that year.

I remember going house to house in Queens as a kid. We always went in a group, and it’s possible, though I don’t remember it, that my mother came with me. I wasn’t scared of ghosts or witches, but I was scared of ringing the neighbors’ doorbells. 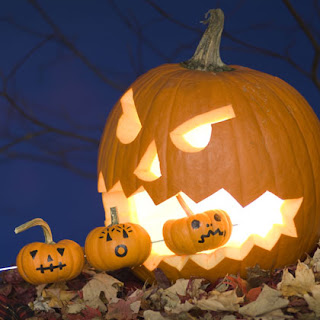 (Why does everybody who knows me ROFL when I tell them I was shy?) Costumes were homemade: a sheet with eyeholes for a ghost, scarves and bangles and your mother’s skirt and makeup for a pirate queen.

My granddaughters live in an enclave of McMansions where giant pumpkins abound and whole houses may be festooned with cobwebs and hung with skeletons. Their costumes are always store-bought, expensive, and designed to make them beautiful: Cinderella, the Queen of Hearts, the Little Mermaid. No little girl would dream of covering herself up with a sheet or putting a pointed black hat on her head or a wart on her nose. I know they considered a Medusa costume one year. I saw it in the catalog: a gorgeous green ball gown with glittery snakes so stylized that I doubt my granddaughters had the faintest idea what Medusa was actually meant to be.

In a guest blog here a couple of weeks ago, Krista Davis pointed out that Halloween is no longer strictly for kids, since “the bewitching holiday overcomes normally sensible adults, suddenly possessing them to wear costumes to work and to transform the fronts of their homes into graveyards.” That’s particularly true in New York City, where pedestrians start stumbling over gaggles of pint-size fairy princesses and ballerinas a week before the holiday, and their adult counterparts—cats and vampires and over-the-top hookers—for as much as a three- or four-day stretch, depending on when the 31st falls in relation to the weekend. And the Christopher Street parade in Greenwich Village, which the gay community strives to make more outrageous every year, has become a New York institution. According to Wikipedia: “Stretching more than a mile, this cultural event draws two million spectators, fifty thousand costumed participants, dancers, artists and circus performers, dozens of floats bearing live bands and other musical and performing acts, and a world-wide television audience of one hundred million.”

The truth is that Halloween was not intended for kids at all. The playful holiday it’s morphed into was originally the pagan Samhain, then the Christian All Hallow’s Eve, the moment when the veil between the everyday world and the unseen is at its thinnest. (I apologize for being imprecise, but before there was Wikipedia, I got most of my factual information from novels.) Contact between the living and the dead (or the undead, as the case may be) might be terrifying or comforting. Paranormal and horror fiction writers have had a grand time ringing all the changes on this concept. Even though in the 21st century, midnight is not all that late at night and graveyards not that dark (even bedrooms are not that dark nowadays, thanks to all those digital clocks and blinking cable boxes), Halloween is still an occasion, for those who wish to, not only to dress up and eat candy corn and miniature Snickers bars, but to feel pleasantly creepy.
Posted by Elizabeth Zelvin at 3:00 AM

And don't forget Dia de los Muertos in Mexico (Nov 1). As a confirmed cemetery addict, I believe in visiting the dead, and none of them has ever complained--or followed me home.

I grew up in the true suburbs of the 1950s. The first Halloween I remember, when we lived on a very quiet cul de sac, I wore a (politically incorrect) Indian costume, inspired by my pink fuzzy slippers with beading. It was raining and they got rather wet.

I've dressed up for Halloween only once as an adult. I wore a nun's habit -- the whole deal -- and my husband dressed as a cardinal (the church kind, not the bird).

In my small town, many people live on long, dark, narrow country roads -- so the Village organizes Trick or Treating after school. All the downtown businesses participate. I love going down just to watch the kids. You're right, Liz, that homemade costumes are outnumbered by commercial ones, but I've heard friends with young kids & grandkids say the surge (serge ) :)) in interest in sewing is giving the hand-made costume a boost!

Our village organizes Trick-or-Treating, too, and it tends to be the little ones--but high school kids love Halloween, and dressing up. It's just different for them--they often dress ironically or as a gag.

I have always loved costume parties and I've thrown a couple in my day. It always surprised me when people would come without a costume and say that they didn't like it; it's the only chance we have to throw off the burden of self and become something or someone else.

Liz, I'd love to see a photo of your granddaughters in their Halloween finery!