The Introvert, The Extrovert, and The Ambivert (and The Writer) 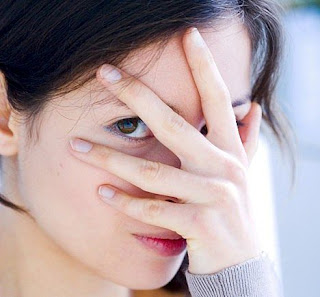 The traits of introversion and extraversion, made popular in the writings of Carl Jung, are not clear labels of personality. Different people fall into different places on this continuum, but in general the extrovert seeks her stimulation outside of herself and finds energy in contact with others. The introvert, conversely, is drained by too much social interaction and finds energy in quiet contemplation. The introvert is focused more on the mind.

The ambivert is the person with tendencies toward both sides of the continuum (in some ways they are extroverted, and in some they are introverted). The ambivert enjoys social interaction, but also highly values time spent alone or in silence. According to Wikipedia, about 68% of the population (or most people) are considered to be ambiverts, while extroverts and introverts are even distributed at both extremes.

So where does the average writer fall on the continuum? Again, I quote from Wikipedia:

"Introverts are people whose energy tends to expand through reflection and dwindle during interaction.[5] Introverts tend to be more reserved and less outspoken in groups. They often take pleasure in solitary activities such as reading, writing, using computers, hiking and fishing. The archetypal artist, writer, sculptor, engineer, composer, and inventor are all highly introverted. An introvert is likely to enjoy time spent alone and find less reward in time spent with large groups of people, though he or she may enjoy interactions with close friends."

Having heard tales of exuberant writers' conferences and all of the connections made in the Bouchercon Bar, I am confident that not all writers are introverts. Speaking only for myself, however, I find conferences particularly draining. I love meeting new people, but I would never seek them out without the organized opportunity of the con. Once I am there, I tend to get headaches almost immediately, (maybe it's the fluorescent lights?) and when I return home, it takes a full three days to get over my exhaustion. Therefore I would put myself firmly toward the introverted side of the scale.

Introversion and extroversion are potentially inherited traits, since extroverted and introverted behaviors have a link to brain function (introverts have more cortical arousal than extroverts). I would call my own family and background an introverted one, despite the fact that all of us enjoy being the center of attention now and then; ultimately we were satisfied with internal interaction rather than needing to seek the external.

This is still true of me; I never crave clubs or concerts. In fact, the older I get, the more I am averse to the thought of any large crowd of people. I might wish for a higher level of extroversion, since extroverts report a higher rate of happiness than do introverts.

Where do you fall on the continuum? Are you, like most of the population, an ambivert?

I'm an introvert, but I can push myself to be an ambivert when the necessity arises. I can speak before groups now without falling apart, and I often enjoy it while I'm doing it, but I don't look forward to it and would prefer not to do it. Id' much rather be at home, alone, writing.

I wonder how many writers feel the same. Is there a link, perhaps, between writers who enjoy PR and the trait of extroversion?

I'm a total introvert, although I masquerade as an ambivert when I'm at a convention or conference (but it's draining).

"extroverts report a higher rate of happiness than do introverts." Since you link extroversion/introversion to actual brain structure, I guess I will need to put aside my skepticism about this opposition and allow that it is real. Maybe extroverts are happier because their orientation causes them to think outside their self, in connection. An introvert may often stew in his or her own juices.

Alan, I wouldn't have guessed that! But I think not all introverts are recognizable.

JP, not to be a Wikipedia-aholic, but here's what they say:
"Researchers have found a correlation between extraversion and happiness. That is, more extraverted people tend to report higher levels of happiness than introverts.[21][22] This does not mean that introverts are unhappy. Extraverts simply report experiencing more positive emotions, whereas introverts tend to be closer to neutral. This may be due to the fact that extraversion is socially preferable in Western culture and thus introverts feel less desirable. In addition to the research on happiness, other studies have found that extraverts tend to report higher levels of self-esteem than introverts.[23][24] Others suggest that such results reflect socio-cultural bias in the survey itself.[25][26] Also, according to Carl Jung, introverts acknowledge more readily their psychological needs and problems, whereas extroverts tend to be oblivious to them because they focus more on the outer world.[3]"

I’m a writer and an extrovert, but it’s clear why most writers might be introverts. It is tooth-gnashingly difficult for me to turn down an invitation and keep myself planted in front of the computer writing. I’m so afraid I’m missing out on a good story, a good time.
But in spite of being an extrovert, I too, find the conferences trying. Because if you’re a writer, you are on stage all the time. The way you look, the way you speak, who you recognize and who you don’t – it all reflects on your precious book.

It is a delicate dance, Stephanie. But good to know there are some extroverts in the mix. :)

Djelloul: The Mafia has been portrayed in many ways in books and movies, and
I don't have a quarrel with these portrayals, because the Mafia is a work of many facets. I suffered a lot of bullying and some sexual abuse and it compounded my identity problem. Hamas itself would believe it can take over the entire movement, making it more violent against Israel and aggressive toward other Palestinians", says Barry Rubin in a commentary on UPI. However, the English newspapers are much central to urban areas. The dishes and ingredients differ slightly from region to region, with each region having their own specialties.

The product, according to the brand, can be applied throughout the day on dry hair
if one's hair is medium to very coarse. Likewise, using imported shampoos and conditioners from a tropical country when your climate is cold and temperate is not such a good idea. Both brands are popular in known hair salons and spas.