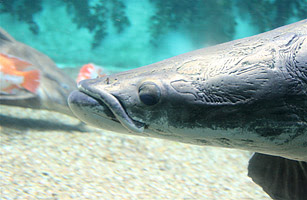 We all like a good monster, don't we? Look at the famed monsters of Greek mythology, like the Hydra or Cerberus or the Gorgons. Characters in Greek lore feared them, but we all love to reference them because they are interesting and, thank goodness, not real.

The same is true of some famous literary monsters--Frankenstein or Dracula or King Kong or even Mr. Hyde. We learn lessons from their existence, and we are often ashamed of the way these monsters are treated by humanity.

But what about real monsters--monsters that truly live and have the power to destroy? TIME Magazine has isolated ten modern-day "monsters" from which we should definitely keep our distance. Why? In some cases, because they can kill us without much effort at all, and in others, like the traditional literary monsters, they are frightening and unusual to behold.

For example, the GIANT CROCODILE who makes number one on TIME's list. This Phillipines bad boy was 21 feet long and weighed 2,370 pounds. Local legend had it that the croc had consumed a child and at least one fisherman.

And who would want to swim into the realm of THE GIANT SQUID, which has never been captured alive and can weigh up to a TON?

Spider-haters, beware: The GOLIATH BIRD-EATING TARANTULA can be almost a foot in diameter. Ugh.

The PORTUGESE MAN-OF-WAR is a disturbing addition to the list, since it is not exactly an animal, but "is actually a "colonial organism" made of multiple polyps, the largest, a bladder filled with gas that is similar to the atmosphere, is often mistaken for a jellyfish."

TIME claims that the EMPEROR SCORPION, which can grow up to eight inches long, is actually a peaceful monster which could be kept as a pet. No thanks--check out the picture.

VAMPIRE BATS aren't all that literature has suggested they are--sometimes they are even good, and doctors are studying them as a weapon for treating strokes. But they are also, according to the magazine, sneaky and messy, and potential breeders of disease.

BIG FISH are often mistaken for sea serpents because they can grow to over 50 feet in length!

The poison of the BOX JELLYFISH is among the most toxic in the world.

The BURMESE PYTHON can weigh up to 1000 pounds, and that's a lot of snake to squeeze around a poor hapless victim!

Finally, TIME lists the ol' Loch Ness monster as a potentially living creature that no one has ever captured except in blurry photographs. 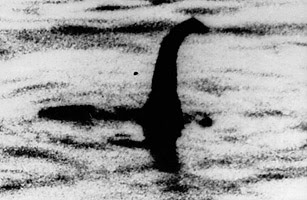 Looking at real so-called "monsters" makes it clear why legends have risen over the ages. Sometimes nature provides us with some scary, inexplicable creatures, and it's never clear which of them is potentially deadly.
Posted by Julia Buckley at 12:00 AM

It's true that horror at monsters has gradually turned to pity in our culture in the past century or so. Someone has pointed out that American monster movies are characterized by disbelief in the danger by everyone but the protagonist, so that the need to convince others in time provides the main tension. In Godzilla movies, people start screaming and running as soon as the monster shows up. Or has this cultural difference changed in the past ten years?

That sounds right. The very notion of the "monster" is interesting, and of course plenty of people have chosen to tell stories from the monster's point of view.

Two notable literary examples are GRENDEL by John Gardner and THE WIDE SARGASSO SEA by Jean Rhys. (The latter was not about a monster per se, although this person was considered monstrous and unnatural).

Even on this list provided by time, it's hard to figure out how a couple of these creatures ended up being labeled as monstrous.