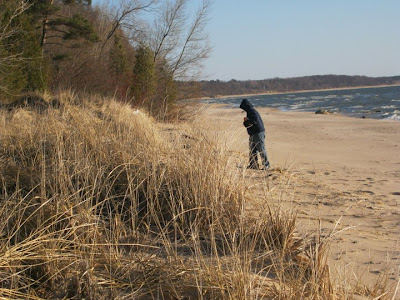 I start work again this week, which is probably a good thing--in my summer laziness I've stopped accomplishing as much as I should and I've actually gained weight--but one thing I'll miss is the chance to read more books.

This summer I've read some terrific titles and become absorbed in wonderfully labrynthine plots. Here were some of the highlights:

Cradle in the Grave: This was my first exposure to Britain's Sophie Hannah, whose book has been released in America and which is a fascinating mystery surrounding the stories of three different women who have been accused of killing babies--in two cases their own children, and in one case a child of a friend.

Hannah's writing is intelligent, gripping, and ultimately impossible to put down.

The Janus Stone: This is the second in Elly Griffith's series, and it was just as compelling and well-written as the first, THE CROSSING PLACES. I'm a Griffiths fan!

Bossy Pants. Tina Fey's biography is far from a mystery, but it made me laugh out loud on several occasions and ended up being a reading highlight of my summer.

I Think I Love You: This second novel by Allison Pearson, the author of the bestselling I Don't Know How She Does It, was a nostalgic look back at the 70s and the pop reign of David Cassidy. But it's also about girlhood, friendship, families, and growing up. I loved it.

The Redbreast. This was my first taste of Norwegian Jo Nesbo's writing--an article in TIME likened him to Stieg Larrson, so I thought he was worth a read. It took me a while to get into this story, but once I did I was hooked--although it has many disturbing parallels to the actual brutality that just occurred in Norway. (Nesbo wrote a moving article about the unprecedented violence in his country after the terrorist attack).

Hell is Empty. As I mentioned before on this blog, there is no one in the mystery world right now who is quite as stylish and elegant as Craig Johnson, and this book, with its layers of literary allusion and Native American legend, was both spiritual and suspenseful. You can read my essay comparing Johnson to Ross MacDonald on this blog, here or read one of my interviews with Johnson here.

The Man in the Rockefeller Suit. Mark Seal's non-fiction look at a real-life con man was fascinating and sometimes unbelievable. It seems destined to be made into a movie in the style of Spielberg's Catch Me If You Can. (I interviewed Seal about the book here).

I read quite a few more great books this summer, even though I was lazier than usual and wasted far too much time playing Lexulous on Facebook. But these were the first that sprang to mind as good reading recommendations.

What great books did you read this summer?

"Stylish and elegant" — I am checking out this Craig Johnson. It sounds as if his ambition reaches much further than the average mystery writer. I'll check out your posts and interviews. Thanks.

Thanks, JP. You should start with book number one--THE COLD DISH.

I finally read my first James Patterson and was pleasantly surprised to find it as good as any other legal thriller I've read with a few exceptions (Kate Wilhelm comes to mind). I won't tell you the title because it featured an unreliable narrator. Patterson got a lot of credit for this twist in the blurbs and reviews, but we know that Agatha Christie invented the device and it's been used many times since. I bought it, btw, because I couldn't find any of my preferred fare in the indie bookstore--and that will be happening more and more, I'm afraid. Did you read where Patterson just signed a contract for his next 26 books?

Wow. Must be nice, James Patterson. :)

I must admit I have not read a book by him, but my niece and nephew are hooked on his YA stuff.