Descendant of the Fire Goddess 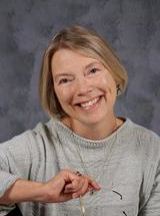 “Pele” was all things volcanic to the ancient Hawaiians. She was the fire, the lava, the steam, the new-formed land, and a temperamental goddess – hard to predict and hard to appease.  Pele has spawned almost as many myths and legends as the volcanoes have spawned scientific studies. A superstitious belief in the powers of Pele has persisted in spite of the overwhelming dominance of Christianity, and not without some strong circumstantial evidence.

There are five volcanoes on the Big Island of Hawaii. Two are extinct, one is dormant, and two are active.  A sixth “baby” volcano remains 3,000 feet below the surface of the ocean, but it’s growing by leaps and bounds. Volcanologists expect it to poke its head above sea level about a thousand centuries from now.  Mauna Kea is the tallest of the island’s volcanoes. If measured from the sea floor, it would be the tallest mountain in the world, taller than Mt. Everest. And Mauna Loa, which means Long Mountain in the Hawaiian language, dwarfs every other mountain on earth in terms of volume. It is sixty miles long and thirty miles wide and comprises fully half of the land area of the island. At 13, 679 feet, Mauna Loa doesn’t soar above the surrounding terrain like a conical volcano. Hawaiian volcanoes are broad and round like native shields. When they erupt, the lava flows in all directions. 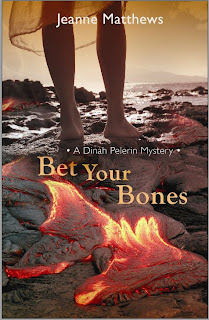 In November of 1880, Mauna Loa burst open and began discharging lava.  There was no great concern during the winter, but over the spring the lava oozed closer and closer to Hilo.  The forests west of town glowed red and the air was thick and acrid with smoke.  By June, the fiery flow had reached the outskirts of town and real estate values plummeted.  On June 26 the flow coursed down from the stream beds above Hilo, gobbling as much as 500 feet of earth each day.  Methane explosions sounded like cannon fire and the heat and glare were intense.

The Christian inhabitants closed their shops and businesses and thronged the churches to beg the intercession of Jehovah.  The Hawaiian inhabitants sent an urgent message to Princess Luka Ke'elikolani, a descendant of King Kamehameha I and an unreconstructed worshipper of Pele. Princess "Ruth" (as she had been re-christened by the Western missionaries) was 55 years old and tipped the scales at 450 pounds, give or take.  Her nose had been crushed in a pitched battle with her second husband and her voice boomed like thunder.  She wasn't one to be overawed by the U.S. government, or the white man's Jehovah, or Madame Pele's flare-ups.

When she came ashore in Hilo in July, Princess Ruth ordered a batch of red silk handkerchiefs, a large quantity of brandy, two roast pigs, and an unrolled taro leaf and commanded her underlings to conduct her royal personage to the edge of the flow.  The horse selected to pull her carriage wasn’t up to the task and a crew of prisoners had to be released from the Hilo jail to haul her to her destination.

When she was satisfied with her vantage point, she disembarked and directed that a luau be held on the spot. Then, chanting a sacred poem and swaying her imposing hips in a hula, she fed the taro leaf and the handkerchiefs into the flames.  When these had been consumed, she smashed a bottle of brandy against the hot lava, sending up a hair-singeing gust of fire.  The Princess and her party drank the rest of the brandy, ate the pigs, and slept all night in the path of Pele's progress.  By morning, the lava had cooled and the goddess had retired to her mountain.
In my new mystery Bet Your Bones, my series sleuth Dinah Pelerin meets a character much like Princess Ruth, a woman named Eleanor Kalolo who regards herself as a direct descendant of the fire goddess.  Eleanor remains a defiant pagan and a bitter critic of American policies that have trampled the rights of Native Hawaiians from the early nineteenth century to the present day.  She resents the annexation of Hawaii by American businessmen, the overthrow of the Hawaiian queen, and the subsequent degradation of Hawaii’s ancient culture and its language and customs.  Ultimately, it is the Hawaiian custom of ho’oponopono, the art of healing through confession of one’s own errors and the forgiveness of others’ mistakes, that becomes the saving grace of both Eleanor and Dinah.Jeanne Matthews was born and raised in Georgia.  She graduated from the University of Georgia with a degree in Journalism and has worked as a copywriter, a high school English and Drama teacher, and a paralegal.  She currently lives in Renton, Washington with her husband, who is a law professor, and a West Highland terrier, who is a prima donna. Visit her website at http://www.jeannemathews.com.
Posted by Sandra Parshall at 3:00 AM

What a great story, Jeanne. I visited the end of the road where the lava began on the Big Island in 2002. It was awesome in the true sense of the word, even though the lava was bubbling quietly and showing just a spot or two or fiery red while we were there. I have no trouble believing that Pele is alive and kicking.

I thoroughly enjoyed reading your post, Jeanne. I have friends in Hawaii and they didn't know this story. I love learning something new. Thanks so much for sharing. Good luck with Bet Your Bones, it sounds fascinating. Can't wait to read it.

I love the story about Princess Ruth! She sounds formidable. Google Images has quite a few pictures of her -- and she *looks* formidable too!

Good luck with your series, Jeanne.

Many allergy sufferers develop camsex chronic sinus or lung infections, which are
part of the equation here, it still has restaurants,.

Check out my homepage cam sex

It's burgers and chicken you cook yourself. Imperial Formosa oolong is a great way to train to prevent ejaculation is to first warm up the fleshlight, since it's not really
an affordable way to cure this condition. As you and your friends can edit and comment on?
James Austin contended that meditation is able to reprogram the circuitry of the
brain. How are you What appeals fleshlight to you about this era?