Clues to the Inner Person 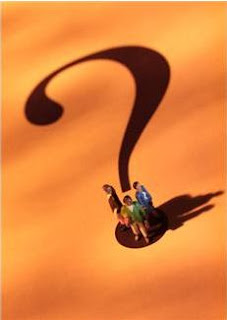 Have you ever trusted somebody you shouldn’t have, and realized later that all the negative signs were there, if only you’d been willing to see them? It happens all the time in fiction, and it’s common in real life. Most of us probably think we’re good judges of people, and we know what kind of person we like and trust. Why, then, do so many become entangled in damaging relationships, and why do con artists never run out of pigeons?


Writers should probably be glad people misjudge each other so often – this means we’ll never run out of material for stories – but the inability to see others as they really are causes a lot of grief and nasty surprises in real life. Can we do anything to improve our odds of judging people correctly? A Psychology Today article by editor Hara Estroff Marano proposes that we can – if we pay attention to what we’re seeing and hearing.
In the article, Williams College psychologist Susan Engel says that six elements of character – intelligence, drive, sociability, capacity for intimacy, happiness, and goodness – are in place early in life and change little as people age. What you are as a child is basically what you’ll be as an adult, although people may give the impression of changing if they learn to express an element of character in a different way.
So what should you look for when trying to assess someone’s true nature?
Intelligence: This is probably the most highly valued attribute among humans. It’s easy to spot even in an infant. Intelligence shows up in a person’s ability to define problems, see the pros and cons of a dilemma, grasp complex situations, find new ways of looking at things, and set aside emotion when making decisions. Evolutionary psychologists believe a sense of humor is another sign of intelligence, because humor requires taking a novel perspective on information.
Drive: How can you tell whether a person has the drive to succeed in life? More is required than dogged determination. A person with genuine drive is motivated by passion and takes pleasure in work and achievement. She has faith in herself, trusts her decisions, and is optimistic about the outcome.
Sociability, the capacity for friendship: A person who is capable of friendship cares about people for their own sake, not for what they can do for her. She’s interested in their lives and cares about their feelings. She’s available emotionally when needed. Even an introvert who enjoys spending time alone can have a sociability isn’t whether a person has a huge number of friends, but whether he or she has any.
Capacity for intimacy: Today’s world is filled with false intimacy. We can turn on TV and hear strangers revealing the darkest secrets of their lives. True intimacy involves one-to-one trust. Psychologists agree that a child’s first caregiver sets the pattern for all future relationships. If that first relationship isn’t consistently loving, the child will have difficulty growing into an adult who can form intimate, trusting connections.
Happiness: We all joke about people who just aren’t happy unless they’re unhappy. The world is always plotting against them, somebody is always trying to bring them down – in their minds, anyway. They can rise to the top, lording it over others all the way, but it will never be enough. And boy, are they a pain to be around.
Goodness/morality: Empathy is the big factor here. If a person can’t empathize with others, he’s not going to care about their goals, welfare, and happiness. A moral person is also willing to help others, and can control negative emotions such as anger that could cause him to hurt others. These are also traits that show up early in life and seldom change.
Most of us lack one or more of these qualities. Ted Bundy, for example, was intelligent, but he wouldn’t get high marks for much else. An intelligent, “good” person might have lots of friends but lack the drive to succeed in a demanding career.
What kind of behavior in others sets off alarm bells in your head? Have you ever broken off a relationship in its early stages because you got a glimmer of what could be a very bad trait lurking beneath the other person’s surface? What kind of adult do you think your child or grandchild will be, based on the traits he displays now?

These innate qualities are only half the picture. There's also the bad news--dysfunctional families and other kinds of trauma that affect the basic package--and the good news--therapy and other ways that people actually succeed in changing. Empathy, no (Bundy was real, Dexter is a fantasy), but happiness, yes (an awful lot of recovering alcoholics, for example).

Now I want to read Susan Engel's article--and show it to my husband.

Question: do you think that the criteria apply equally to men and women? Traditionally women are viewed as more empathetic and more sociable--and possibly less intelligent (or perhaps intelligence is less valued as a female trait). How do you match up two poeple such that their fundamental traits are at least complementary?

And how much do we project what we want to see upon the Significant Other?

I don't think anybody's basic nature changes much throughout life. You can suppress a negative trait, but stress will bring it right back to the surface.

But the point here is not a debate over nature vs nurture, but whether we can avoid misjudging people AS THEY ARE NOW by paying attention to sometimes subtle clues in their behavior.

These evolutionary psychologists ought to read more educational psychology. This sort of information is the kind I studied in the late '80s and early '90s. It's not new -- although it makes a fine blogpost and works well with character development issues, to be sure.
It's also something to consider in criminal psychology and whether or not rehabilitation is worth it......
Food for thought.

Rehabilitation isn't about changing people's basic natures as it is about teaching them to control their negative behavior.

I have some doubts about a sense of humor indicating intelligence. I'm sure we all know stupid people who have a great sense of humor.

This is always an interesting topic. I wonder how many mystery readers and writers encountered someone totally malevolent and without empathy for others and realized on looking back that the signs were all there. I remember saying after reading one of Dick Francis's novels that he had undoubtedly encountered the type in real life, not just in research (or if it was in research he had done his usual excellent job).

My answer to Sheila Connolly's comment about the criteria applying to men and women equally is that I personally have run into many more complete psychopaths who were women than men. That's just my unfortunate personal experience, of course. Almost all of them had been put in supervisory positions over others though they were not all MY bosses. But I wasn't surprised when that Peace Corps murderer (the Tongan Case) turned out to be a longtime supervisor in his job.

I know a person whom I initially thought of as refreshingly honest. I eventually learned that she was overly that way, blunt to the point of rudeness. One person even calls her a bully. Bad first call on my part.

hi Sandra
you have quite interesting blog and I see you are talanted writer. keep on with the same speed ;)