It has been said (by the ubiquitous "they") that the best way to keep a relationship, romantic or platonic, on an even keel is to avoid talking about sex, money and politics.  But where's the fun in that? 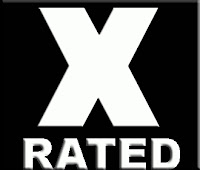 As a cozy writer, I am not allowed to write about sex, beyond a steamy liplock and a gently closing door.  Likewise, as a cozy writer I don't make a whole lot of money, so I don't have much to say about that. 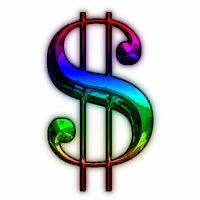 Which leaves politics.  I confess:  I have worked on several political campaigns in my life, as both a volunteer and as a paid staff member.  This was not based on any deep-seated conviction or philosophy--I just figured I'd better get a first-hand look of something that occupies a major place in our social consciousness.  I'm glad I did, and the experience I gained there has stood me in good stead.

It would appear that the campaign season has already started, if the television ads, telephone calls and multipart letters are any indication.  Thank goodness for the mute button and the caller ID function, which lets you silence the storm.  But wait!  Isn't the next federal election NEXT YEAR?  All these people are jockeying for position for something that won't happen for eighteen months?

Based on my in-depth experience (note:  in all the campaigns I worked for, my candidate lost), it's easier to watch this process as a big game.  On the one hand we have the incumbent.  Conventional wisdom holds that the incumbent has a distinct advantage, because (a) s/he has name recognition among constitutents, and (b) s/he is ideally situated to raise money, which is the lifeblood of any political campaign.  But pity the poor representative, who, facing a two-year term, must start raising money for the next campaign before s/he is even sworn in.

Then there are the contenders for the opposition, and here's where it is really interesting this year:  they are coming out in droves.  A full spectrum, from conservative to moderate, from highly qualified to absurd.  And they're all out there now, stalking the country, buying chunks of air time, making outrageous statements for benefit of the local newshounds and hoping that a major network will pay attention.  It's like watching a seething pot of stew:  a bubble/candidate rises to the top and then bursts, soon to be followed by another one--a process that ends only when the stew is reduced to sludge or burnt to a crisp.

And this will go on for how long?  Don't get me wrong:  this is our system, and we've got to love it.  Sure, it's unwieldy and darned expensive, but it's what we've got.  Changing it is all but impossible.  I recall writing a thoughtful paper about electoral college reform when I was in college.  I'm coming up on my 40th reunion, and how much has changed in the electoral college?  Nothing.

If you want to haul this discussion back to the literary realm, in my opinion Primary Colors, by Anonymous Joe Klein, best captures the mood within a major campaign.  Voters would like to believe there is a campaign plan in place, and competent people who are executing it.  Uh, not exactly, or not all the time.  But that's what makes it so much fun--the energy, the excitement, the high stakes involved.  In a way it's surprising there are not more good novels about politics, because all the elements are there--sex, money, and politics.  And conflict, and resolution, if not a happily-ever-after ending.  And if you're writing the book, you can speed it up!

[Aren't you glad I didn't talk about Rep. Weiner's weiner?]

So what part do you think scandal-mongering is going to play in the next election? It seems to be the way we judge candidates now... we like 'em until some skeleton looms up from their not-quite-locked closet.

This early phase of a presidential campaign always makes me want to move to another planet. Often the later phases provoke the same desire. Oh, how I wish we could be more civilized and realistic about government.

I know we should view it as a game, except that there is so very much at stake. And oh, the HYPOCRISY!!!

And nowadays, no one has to show genuine remorse for their wrongs. They just have to stand defiantly at a podium and endure the onslaught of lights and cameras, and then wait for it to die down.

What surprises me is that politicians think it's possible to hide anything in this electronic age. It's amazing that Edwards managed to keep as much as he did under wraps--could he do that now? Even with complicit people (staffers or spouses), there's still a trail if people want to look for it--and these days they do. And then watch them spin...