Different Routes to The End

Ernest Hemingway once told an interviewer that he rewrote the last page of A Farewell to Arms 39 times before he was satisfied. The interviewer asked what it was that stumped him for so long. Hemingway replied, “Getting the words right.” He did not, of course, add: Duh.

That’s all revision involves: getting the words right. So simple. 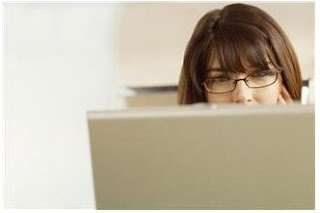 But every writer goes about it in a slightly different way, and I find those variations endlessly fascinating. Recently, when I did a library program with several writer friends I’ve known for years, I was thunderstruck by Ellen Crosby’s revelation that she literally starts over with each new draft. As in blank screen. As in not reworking what was in the previous draft. No cutting and pasting, made so easy by the use of a computer. Each draft is a fresh version of the story. “It’s like writing three books a year,” she said.

But why? Why would any author engage in such exquisite self-torture? Because it works for her. I can’t argue with the results. Her Virginia Wine Country Mysteries (The Sauvignon Secret is next, in August) certainly don’t read as if they were produced under torturous conditions. The very thought of working that way makes me feel faint, but that’s Ellen’s approach to revision, and who am I to question it?

Some writers revise as they go, and when they leave a chapter it is finished. To do this, you have to be sure of the story’s direction, positive you have the characters just right. For a lot of mystery writers that wouldn’t work, because our plots have a tendency to grow tentacles that reach into previously unsuspected places, and if we tie ourselves too rigidly to a preconceived outline we’ll miss the good stuff that makes a story special. So we may do a certain amount of planning and outlining, then turn our imaginations loose on the characters and story and go back to clean it up – revise it – after we have a complete draft.

Some mystery writers are truly brave souls and leave essential research for the second draft. That can wreak havoc when they discover a fatal, so to speak, flaw in their choice of murder weapon or location and have to come up with something totally different.And if they change their minds about who the killer is, they have to comb the manuscript for references and clues that must be altered.

Personally, I enjoy revision. It’s the first draft that I hate. The single most terrifying time in writing a book is the moment when I sit at the computer and tell myself that I must begin. I have to write something, anything. One sentence. GET STARTED. I type out a sentence and sit there in despair, certain this is the only sentence I will be able to produce. But I keep going. I refuse to worry about typos, about unfinished thoughts, about paragraphs that don’t make sense. I will fix all that later, and I will enjoy doing it. Out of this mess I will carve a novel. But first I have to create the mess.

P.D. James once made a statement that I find more than a little spooky because it puts into words a feeling I’ve always had about my own writing: “It's as if the characters exist already, their story, everything about them is in some limbo of my imagination and I'm getting in touch with them and getting the story down in black and white, rather than inventing any of it. So it does feel as if it's a process of revelation rather than creation and one which is not really within my own volition.”

But one thing is within my own volition: revising until I get the words right. Making sure I tell the story and portray the characters in a way that does justice to them. No book will ever be perfect, and sooner or later I have to simply stop and turn the manuscript in so it can go to the printer. But I can’t think of anything more satisfying than reworking a sentence or paragraph until I suddenly realize: Yeah, that’s it. That’s what I want to say.

Is a book ever done? And is the plot so clear in your head from the beginning that you can declare any chapter finished and move on without revising? (I am now rolling on the floor and laughing hysterically.)

My first drafts are rife with notes like [CHECK THIS!] or [ADD DETAIL!]. And I'm writing Ch. 27 of my WIP and I still don't know who the murderer is, although I've narrowed it down to two people. Think my editor will say the killer was too obvious?

I'm the opposite of you--for me a first draft is like Christmas morning/summer vacation/meeting my husband/seeing my children born--all rolled into one, and as I write I can't even imagine that the subject of revision has any relevance to me because this thing is perfect!!

I usually finish up some thirteen drafts later. After the initial shock and fear has worn off, I can tolerate revising.

But nothing beats a first draft.

I wish I felt that way about first drafts, Jenny. I know they're garbage. I know they're unreadable. I wouldn't let anyone on earth see my first draft. But I also know that inside the mess is the story I want to tell. Revision is like dumpster diving, hoping I'll emerge with something worth saving. :-)

As a reader, I know i am looking forward to your new book. It seems that you do very well at things on paper-computer. I like the P. D. James quote. Words have a life of their own.

I just finished a first draft, so now I'm fumigating my house.

Then comes the revision.

I love the P.D. James quote. That's how I feel, too, and when things are flowing, whether it's a first draft or revision, that's a real high.

But it doesn't come often.

When writing the first draft, I like to go over each chapter at least once, so that it's not too awful when I come back, but like Sheila, I tend to leave out detailed description and wait to check facts. I also don't usually know who the murderer is when I start. In fact, in my current WIP I changed my mind about the identity of the murderer several months after the first draft. Sometimes that period of "marinating" is necessary for the story to really jell.

Once the draft is finished, come the revisions. I can't revise on the computer; I have to print each chapter out and mark it up. I know that sounds wasteful, but I save discarded pages and print on the back and recycle it all. Most of the time I have to go through a passage multiple times to get it where it sounds right to my ear.

Sometimes I love writing the first draft and sometimes I hate it. The best part for me is the very beginning, when I've got the first scene in my head and can't wait to get it down, and the hard work still lies ahead, but I have a glow of anticipation. That doesn't last too long!

I have to print and edit on paper too, although later on, I'm able to do more directly on the computer. In the beginning,I make a lot of notes on the printout -- every page is covered with notes and lines and arrows; it's a mess -- but most of the actual writing is done on the screen.

Great post! I love the quotes from Hemingway and PD James. I remember another Hemingway line about revision: "Every first draft is #$$#." :)

The problem with revision, for me, is that once I know how the story goes, I can't recapture the magic of discovery that I find in that first draft Jenny mentioned. Every new draft feels more and more monotonous, and I lose objectivity.

I, too, love the first draft. I wish I had the luxury of being able to do nothing BUT the first draft while I'm working on it. Actually, I'd like to hand the edits and rewrites over to someone else. Want the job, Sandy? I do put a few xxxs in my first draft, but I like to research along the way for the most part. Love the Hemingway quote!