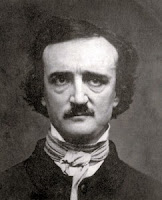 ﻿Apparently nineteenth-century sleuths are enjoying a resurgence. The fictional detective Sherlock Holmes enjoys an unflagging popularity, and recently he has enjoyed renewed attention in the mystery writers' community. There are those among us who love the recent Robert Downey Jr. movie version, and who look forward to the coming sequel; there are those who think it is a travesty and a corruption of the canon.

Others have taken great glee in the recent BBC limited series, starring the delightful Benedict Cumberbatch, in which Holmes is thrust into modern times. Then there is the 2010 book The Sherlockian, an entertaining novel by Graham Moore, in which the author alternates chapters featuring a contemporary protagonist who has just been inducted into a society that reveres Holmes and finds himself applying Holmesian principles to solving a crime, with chapters tracing a fictionalized account of Arthur Conan Doyle's foray into detecting in 1900. Holmes lives on, in many incarnations.

So it was inevitable that the commercial television networks would sit up and take notice: now ABC has commissioned a series pilot starring the non-fictional Edgar Allan Poe as a detective in the 1840s in Boston. Titled simply Poe, the one-hour drama is described as "a crime procedural that transforms the famed author and poet into the world's first detective, who uses "unconventional methods to investigate dark mysteries in 1840s Boston."

As you may recall, we Daughters here recently celebrated Edgar's birthday, and I'm not sure any of us would envision him as a sleuth. Not only did he seldom sit still (he spent time in the military, he worked at a variety of jobs, and he changed residence frequently), but he rarely completed anything save poems and some significant short stories. In the 1840s–the period that ABC has chosen–he announced he would start his own journal in Philadelphia–which never happened. He sought a political appointment–which never happened. He went back to New York, where he worked for a time in journalism. Then he moved to the Bronx, where his wife died. When did he manage to spend any time in Boston, much less solve any crimes there?

While Poe may be labeled the inventor of the mystery story, he didn't do it in Boston–Philadelphia claims that honor. He may have been born in Boston, but he had a rather rocky relationship with its writers, to the extent that it has been called a literary war. Poe was quoted as saying of Boston, "Their hotels are bad. Their pumpkin pies are delicious. Their poetry is not so good." He simply didn't like Boston.

So one must wonder why ABC decided that Boston was a better place than Philadelphia, Baltimore or Richmond VA to set a mystery series. It's sure not the weather.  More "dark crimes" there?

Still, I suppose we Daughters should be pleased that our mentor is being inducted into the ranks of mystery writers who solve crimes, on the small screen (and at least he won't be scheduled opposite Castle).

Now the most important question is, who would you cast as Poe?
Posted by Sheila Connolly at 12:15 AM

Sean Penn or Edward Norton. Both bear quite a resemblance to that portrait.

Sean Penn's a little old -- and much too big a movie star to do a TV series -- but Norton would be great. I hope they'll find a talented lesser-known actor, though. It's not going to be an easy role to cast! I'm as baffled by the Boston setting as you are, Sheila.

I wonder how Linus Roache from Law and order would do. He is a seasoned actor, and has the range. I think they chose Boston because of the visuals. Boston photographs well. And TV is still TV.

Love the quote about the poetry and pumpkin pies. Hard to imagine Poe chowing down, isn't it?

"I'm not sure any of us would envision him as a sleuth."

But it wouldn't be the first time he was cast as one in ficion.

The Last Mystery of Edgar Allan Poe: The Troy Dossier by Manny Meyers (1978) comes to mind. I remember it as not a great mystery, but I thought the characterization of Poe and the general ambience of that period in New York felt spot on.

I think Barry Perowne's A Singular Conspiracy is also a mystery, although I read it too long ago to be certain, now.

Harold Schechter wrote a series featuring Poe as detective; I haven't read any of them, but they do exist, I've seen a few of them. (I was tempted to pick up the one where Poe teams up with P. T. Barnum, for whom I have a great fondness, but this was during the time I was not really reading fiction of any kind.)

For more on Poe's real relationship to Boston,
check out the Edgar Allan Poe Foundation of Boston's website at http://www.poeboston.org