The Daughters Spend a Day with Poe 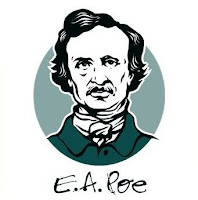 In honor of Edgar Allan Poe's birthday on Wednesday, we daughters thought we'd envision how we'd spend a day with the great man, were he to visit us in 2011.

I find, when I meet Poe, that I am needy for his approval (although I realize this need for approbation is rare among writers in general). :)

So after taking the poor thin man to a breakfast bistro and buying him some bacon and eggs to consume with his morning coffee, I hand him a little sheet of scribblings inspired by "The Raven."

"Once upon a keyboard dreary, while I slaved over a query
Which I’d send to many an agent in the hopes of being loved,
While I tried out various phrasings, paired with chocolate-peanut grazings,
And repeated small appraisings of the words upon my screen—
Suddenly there came a dawning, in a spurt of endless yawning
That my query sounded fawning—those damned words upon the screen—
“Sycophant,” I grumbled, giving up and feeling mean.

Oh, how clearly I’m recalling that sad query, most appalling
Of all queries fearless feckless fools had ever fawned before;
While I sat, bereft and quaking, all my soul within me aching—
Knowing I would not be staking my profession on a query such as this . . .
Then I came to my decision—this required vast revision,
And significant excision! So I grabbed my bowl of peanuts
And I sat upon the floor . . .
Eating fast and eating faster, nearing gluttonous disaster
I consumed my chocolate comrades and ignored the evil screen.

To this day you can still find me, with some Fannie Mae and Chablis
On the padded carpet under the computer in my room
And the words continue mocking, in an endless writer’s blocking
And my brain continues knocking in my head amidst the gloom—
And I never shall be freed
Unless—perhaps a nom de plume?"

"What do you think?" I ask Poe, who has gone right off his eggs and is staring at me with slightly bulging eyes.

"I think that, perhaps," he says gently, reaching out to touch my hand, "You should consider keeping your present employment."

Poe continues to drink his coffee with a thoughtful air, but I notice that he pushes my notebook back toward me.

I'd take Poe to lunch at some lovely gothic-ie (hopefully haunted) vintage mansion-turned-restaurant where we'd have tea and scones and salad (he didn't get that lithe figure by eating double-burgers, folks) and discuss his "dark side." Why he wrote what he wrote, where did he get the ideas for, say, "The Telltale Heart" among other of his writings, stuff like that. I'd also want to know if he knows who leaves a rose on his grave every year. And I'd watch his face whenever others around us rudely chatted on their cell phones. I'd even consider taking him on a research trip to Wal-Mart, but no use causing him a second death . . . from shock. Speaking of which, I'd ask him what it's like where he resides now. In other words, I'd bug him with questions. LOTS of questions. Hey, I'm paying for lunch, I'm entitled.

Sandra Parshall
Like Lonnie, I would have a million questions for this maginificent writer. But first impulse would be to feed him a nutritious meal. A visit to the tiny, three-room Poe House in Baltimore made me realize what dire poverty he lived in for most of his adult life. This is the little garret room where he slept and composed some of his greatest works. (I hope he actually had a mattress on the bed!) 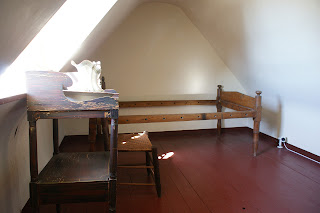 And these are the narrow stairs he used to reach it. 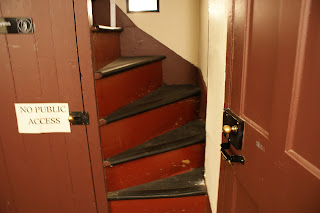 As we said goodbye, I would thank him for persevering and producing timeless stories and poetry despite poverty, illness, and very little recognition and reward in his own lifetime.
Sharon Wildwind

I'd do something about that poor man's clothes. Some decent linen for a start, like a shirt and new neck cloth. Don't know if that rumpled black suit is salvageable. At least it needs a good cleaning and brushing, or maybe he just needs a whole new suit. And I would ask him what the dickens happened to his clothes and why was he wearing someone else's clothes when he was found on the street?

Funny how everyone wants to take care of poor Edgar--feed him, get him to a doctor, clean up his wardrobe.  But what makes me most curious is why he spent his life moving around so much.  Certainly in his early years he had no control over that, but as an adult he kept it up.  Boston, Richmond, Baltimore, Philadelphia, New York--and don't forget England and Scotland, plus the army.  All this in forty short years--and he never stopped writing.  You have to admire his focus.  But I'd love to ask him, are you running from something or toward something?

I start out by telling Poe how successful he became after his death, how greatly admired his work still is. I then explain how much we have learned since his time about alcoholism, that it is now considered a treatable disease rather than a form of depravity, and offer to help him get sober so he can live a longer, healthier life and write more effectively, as he will when his brain is no longer befuddled. Of course, he doesn’t believe me. Even today, denial is the hallmark symptom of the disease. So I take him to an AA meeting, which must be a real eye-opener for him. I offer to do a thorough professional assessment of his alcohol and drug use, and I hope he’ll agree.

Wikipedia claims that “it is now known he was not a drug addict,” but I would want to do my own evaluation. So if Poe had gotten clean and sober, would he still have died at 40? I don’t know. I might have to slip him a supply of modern antidepressants, and 19th century diseases still might kill him. But wouldn’t it be wonderful to read the work of an 80-year-old Poe? 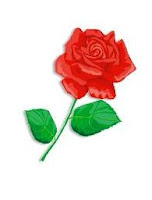 From all your deadly daughters...

Rest in peace, Eddie.
Posted by Julia Buckley at 12:00 AM

Y'all are TOO clever!
Loved this.
No idea what I might say to Mr. Poe - probably something like "is it O.K. if we have our picture taken together, please??"

Love this imaginary time trip, especially Liz telling him how successful he became after death. Surely that would nourish his soul.

You are true daughters. Julia's poem is too funny! I love all the entries. I would probably ask for his autograph or something stupid.

Julia's poem is a hard act to follow! Hilarious.

Like Elizabeth Zelvin, I'd want to make sure that Poe knew he would become one of the best known and best loved U.S. writers. And, of course, the whys and hows of his writing. But the question I would really want to ask is -- what happened? Especially those last few days, the last days, the last moments ... what happened? And, if you were to write a summation of your own life, Mr Poe, what would you say?