Do you ever wish novels came with warning labels?

Something like: WARNING! This book could plant images in your mind that will disgust you and haunt you forever.

As a writer, I hate the very idea. I don’t want anyone passing up a book because of a label that might not apply to everyone. As a reader, I’ve sometimes wish I’d had a little warning about the content of a novel. 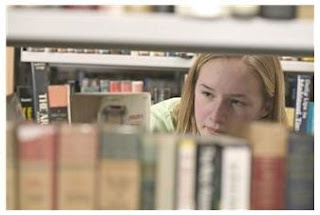 Ironically, this happens most often when I’m reading a book by a favorite author, and it’s usually my own fault. If I love an author’s work, I avoid most reviews of a new book so the story won’t be spoiled for me, but that also means I’m not prepared if it contains horrific scenes that I’ll find revolting. I’m talking about scenes in which the torture of women is described graphically and at length. I’m talking about similar scenes involving animals. And scenes in which children are abused or molested in any way.

Like all mystery readers, I have no problem with ordinary murder. People are murdered all the time. It’s part of the world we live in, and as a storytelling device that allows for the exploration of human motives and society, it is unsurpassed. As a writer, I try to make murder scenes realistic, and that may involve unpleasant details about the state of the body. I can usually read such things, and write them, then put them out of my mind.

Some images, though, won’t go away, and I’d rather not put them into my head in the first place. I avoided reading one Minette Walters novel – although I admire Walters enormously – because I was told it contained descriptions of animal abuse. When I came upon a scene about a cat being tortured in a Robert Crais novel, I had to skip it. The whole point of the scene was to show that Joe Pike had a compassionate heart underneath his silent, forbidding exterior, and I had already seen that demonstrated many times in previous Crais novels.

My most recent “I wish I hadn’t read that” experience was with Nevada Barr’s new book, Burn. (If you plan to read it and don’t appreciate spoilers, you may depart now.) I looked at one review in advance, but it didn’t raise any red flags for me. I listened to the unabridged audio of the book, and although the characters didn’t appeal to me I love Barr’s work and her protagonist, Anna Pigeon, and I never thought of abandoning the book.

I listened to most of Burn with no particular reaction one way or the other. I could tell it would turn out to be about the sexual enslavement of children, and I applauded Barr for tackling such an important and disturbing topic. Then, toward the end, I suddenly found myself listening to graphic descriptions of small children performing sex acts on men in a popular New Orleans establishment and being physically abused in other ways. I continued listening, or half-listening, thinking this part of the book was necessary to make the author’s point and would pass quickly. It continued for many pages, though, and I have only myself to blame for not quitting when I should have. Now the images vividly created by a gifted author are in my memory to stay, and I wish I had passed on that installment of the series. 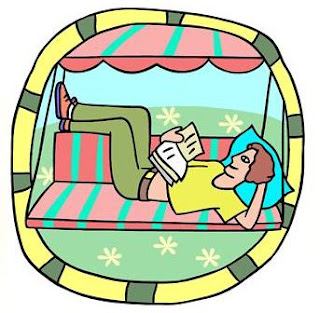 After finishing the book, I read the reader reviews of Burn on Amazon and was shocked by the virulent tone of many of them. A lot of people seemed personally offended that Barr chose to write about children being used for sex by men. One person called the book “prurient” and implied that Barr was peddling pornography. As a writer, I have to be on Barr’s side (not that she will ever know or care about my opinion). I am opposed to official censorship. I hate the idea of any author being told what he or she may write about. Our constitution guarantees freedom of speech, and that’s a freedom we should all protect vigilantly – even when we don’t happen to like what’s being said or written.

As a reader, though, I have another right: to choose what I read and to pass up what doesn’t appeal to me. Maybe I’m a weakling, or oversensitive, but there are some things I don’t want to read about and plant in my mind forevermore. I don’t believe in censoring writers, but as a reader I practice a kind of self-censorship. And after my experience with Burn, I’ve decided that in the future I will have to read more reviews, and read them more carefully, before I read the actual books.

What about you? Are there certain topics that will always make you pass up a book? Do you ever wish you had clearer warnings about disturbing content in novels?

I haven't read Burn yet, but I love Nevada Barr's writing, and I respect that she doesn't pull her punches.

One benchmark in my reading history: in fifth grade I read a nice book (I forget the author--maybe Beverly Cleary?) about a happy family, and as I remember it the protagonist was a girl of about my age. One day she did something her parents had forbidden her to do: she rode her bike somewhere she wasn't supposed to. Of course she got into an accident, breaking her leg and knocking out several teeth.

The extremity of that event stood out amidst the rest of the book--and I still remember it, with some revulsion. It was certainly unexpected, and felt out of place.

My main character was sexually abused as a child. My short story, "Daddy's Little Girl" ( don't mean to BSP, but if you want to understand how I treated the abuse, here's the link. http://voicesfromthegarage.com/story/daddys-little-girl)was the basis for my WIP. I didn't protray the sex graphically but dealt with the effects because I don't want to write about that stuff, because I'm afraid it might titilate some sicko, and because I'm not presumptuous to think I could write it because I haven't experienced it. Sexual abuse is too personal to pretend to know about and I'm afraid I might offend those who have truely suffered. I can't read JA Konrath anymore, it gave me nightmares.

I absolutely don't want warnings -- and that's speaking as a reader as well as a writer. I'm capable of picking up a book and reading the cover copy and then taking a chance.

There have been books I put down. The excellent THE THINGS THEY CARRIED about Vietnam had a scene with brutal treatment of an animal and, though I'd read through pages of terrible thing happening to innocent people, this scene was too much for me. I still believe it was an excellent book.

Similarly, I was unable to finish a mystery (Martha Grimes? P.D.James?) about the terrible treatment of the pregnant mares whose urine is harvested to make artificial estrogen. (I did quit taking estrogen though.)

Who would decide what deserved a warning? Would such warnings be attuned to the very most sensitive among us? A can of worms...

I don't want warnings on books. Usually, if I run across something like the scenes in the Barr book I just try to skip ahead or if it goes on and on just stop reading and return the book to the library or whatever. I had that book for review though so I had to finish it-though I did skip through several pages!
Women and children being abused, graphically described murder or torture to anyone or animals are my "won't read further" issues.

I am adamantly opposed to censorship -- writers should be free to write what they feel they must. I'm an adult, and if I can't take a certain kind of scene, I can stop reading (or listening). As I said in the post, I applaud Nevada Barr for tackling a tough topic without flinching. Dealing with graphic descriptions is MY problem.

How do you feel about ratings for movies? They spell out the reason for the rating: sexual content, language, violence. Does that kind of labeling offend any of you?

I write pretty dark stuff, but I don't write explicit torture scenes of any kind, whether it be adult, children or animals. I may, if it's necessary, I will mention it happened, but you'll never see it in my pages. For that matter, I've never done a novel with female victims.

I also do not want to read those things. I still have never read or watched any of the Hannibal Lector series. I also don't like books that involve one woman after another being butchered. Those I would avoid.

My list is pretty close to yours. I've gotten frustrated when a series I love gets progressively darker.

I don't believe in censorship other than what I do for myself. I admit I quickly passed over Barr's passage describing the photos, and I am apt to do that when things get too graphic for me. I think that there is more violence and "eww" in the media, and arts, and that is reflected in our literature. I did read the review of "Burn' in the NYTimes, and the brutality was not even alluded to. Maybe a friendly word from the the publisher or the author. That might affect sales, but in what direction, I don't know. It's a
problem, for us to solve for ourselves, I suppose.

I, too, am a big fan of Nevada Barr so, even though I had some idea of the content of Burn, I bought it anyway. But I had a very big problem, especially at the end, when she did subject us to some pretty horrifying scenes.

I read mysteries largely because I know the bad guy will be caught, justice will be done, and everything will be all right in the end. In Burn, things will never be all right for those children. They'll be haunted for the rest of their lives by what happened to them. That's what I found most disturbing.

I'm going to think long and hard before buying another Anna Pigeon book.

I don't want to read torture scenes either. I usually hear about them long before I pick up the book, so I manage to avoid most exposure I don't want.

I don't believe in censorship -- I believe in choice. Sometimes our choices will be wrong. You already knew what the book was about but chose to read it anyway. Your choice as it should be.
I don't care for the idea of labels. To me it is one step closer to censorship,It becomes another way of saying "I'm not able to choose. You do it for me."

Sandra, I, too, hate reading about abuse of children and animals. You're right that they're something you can't get out of your head, and in my case, bother me greatly for a very long time. I think what makes them doubly hard for us is that we can't do anything about the real cases - unless we stumble across one. I'm not a violent person, but I'd like to line up those sadistic people and shoot them. Starting at the kneecaps and working my way up. And I've never even held a gun.