The recent news that Janet Evanovich had asked for a $50 million advance on her next four books really brought out the claws on a lot of writers. When I hear writers rooting for a publisher rather than an author, I know I’m hearing envy.

It’s human nature to envy those who have more than we do, and nothing is going to change that. A lot of writers will never be satisfied, even when th 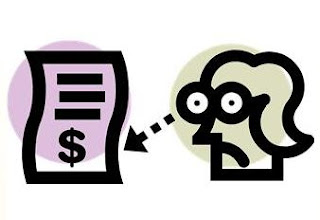 eir books get rave reviews and sell well, because they can always point to someone else who has more. A bigger print run, better sales, more advertising effort by a publisher, more personal attention from an editor. The highest advance of your career? It looks like precious little compared to $50 million.

Maybe that competitiveness is what spurs some authors on, making them work hard to write better books that will sell more copies and bring them higher incomes. But it can also make them bitter and snarky.

Sometimes the things people say veer away from normal, understandable envy and plunge off the cliff into absurdity. For example, after news of Evanovich’s $50 million demand broke, I heard variations on this sentiment over and over: “If publishers didn’t have to pay big advances to greedy superstars, they would publish more midlist writers.”

You think so? If you do, you haven’t been paying attention to developments in the publishing world during the last, oh, two decades. Big publishers are looking for big writers who will bring in big profits. That’s just the way it is. We can bitch about it all we like, but we shouldn’t delude ourselves into thinking that Janet Evanovich’s move from St. Martin’s (which apparently didn’t meet her terms) to Bantam Dell means that St. Martin’s will suddenly start signing “smaller” writers left and right and pay them the advance money they wouldn’t give Evanovich.

Big publishers still sign unknown writers, but they usually give them small advances and a limited time to break out and start justifying their places on the production schedule. Few careers are nurtured the way they once were. A writer whose books don’t make money won’t be around long. And that isn’t Janet Evanovich’s fault, or James Patterson’s, or John Grisham’s.

Another puzzling statement I hear a lot from aspiring or less successful writers is, “All the bestselling books are trash. I refuse to read them.”

Really? I don’t think Scott Turow’s Innocent is garbage. I don’t think Kathryn Stockett’s magnificent novel The Help (on hardcover bestseller lists for more than 70 weeks now) could be called trash by anyone with a brain. Tana Franch's Faithful Place is a superb novel. And even if they don’t enjoy the writing of Evanovich, Patterson, et al, other writers might learn something from those authors about pacing, entertaining an audience, and marketing. The writers who consistently make the top of the betseller lists are consummate professionals, and they’re certainly doing something right.

It bothers me, too, that writers who know better don’t acknowledge that “$50 million advance” doesn’t mean the publisher is going to empty its coffers and hand over that much in a lump sum, never to see it again. I have no earthly idea what Janet Evanovich’s contract terms are, but advances of any size are usually paid out in stages, not all at once, for the very reason that publishers have to manage cash flow.

An advance is just that: an advance against expected earnings. No publisher will lose money by giving a writer of Janet Evanovich’s stature a large advance. They’ll make it back, and plenty more. Yes, publishers sometimes pay exorbitant advances for “sure bestsellers” that flop, and I suspect those situations are even more painful for the authors than the publishers because their credibility as writers has been critically damaged. Writers who have never been offered big advances tend to greet news of these flops with self-satisfied glee. But why? How does someone else’s failure and humiliation validate them?

I hear a lot of concern about the future of a shaky industry that spends money unwisely, but I don’t know any writer who would turn down a big advance for the good of the industry if it were offered.

One more point, one that others have made but which bears repeating: Janet Evanovich is a woman writer, and few of that species are in a position to ask for such a staggering amount of money from a publisher. Whether she got the exact figure she wanted or not, her hard work and her legion of readers put her in a position to be taken seriously – even though she’s a woman – when she asked for it. And I think that's worth noting with admiration.

It's worth noting that the $50 million number may be bogus as well. It is a common practice in the movie industry to be "creative" when stating the salaries of big-name stars in films. This creates buzz for the movie, and few are in the position to verify if so-and-so really did get $XX million for starring. The same may be the case here. Certainly a lot of buzz has been generated. And the whole "she must be doing something right" idea gets validated when people think she's really getting that much money, so they conclude they must read her novels.

I think Ms. Evanovich makes plenty of money from her books -- all you have to do is look at her sales figures, which can't be faked. How much she gets in the form of an advance is between her and her publisher, but whatever it is, her books will earn it back. I'm not a big fan of her books myself, but I have to respect her success. She is providing a lot of readers with exactly the kind of entertainment they want.

Great post! I've never understood the bashing of successful, "rock star" authors like Patterson, Evanovich, et al. While I'm not a fan of either, I don't begrudge them their success. Envy is an awful emotion, and it's far more destructive to the person who exhibits it than the person it's directed at. Rather than envying these superstars, I prefer to look at them as showing the rest of us that anything is possible.

I've been dealing with some small-potatoes envy. I've been unsuccessfully submitting to the same annual anthology every year since I first got a story in it in 2004. Other writers I know have been in it, and while I was disappointed for myself, I was happy for them and their excellent stories. This year my story made it in, and two (possibly three) writers from my face-to-face group did not and posted their disappointment on Facebook. They didn't show at group last week after I had sent an email around happily sharing my news. When I sent a (nice) email to try to make peace, I got no response. I hope we'll find a way to keep meeting. (One even has a book coming out soon, which I certainly do not.) Sigh.

Ingrid, writers like Evanovich and Patterson can help keep a publisher afloat during difficult economic times, when sales of other books are down.

MaxWriter, I've had the same experience -- friends being resentful of any small success I've had. Because I'm with a small press,and I'm considered a "niche" writer and will always have relatively small sales, I'm amazed that anyone would be envious of me!

Great blog post, Sandra. Thank you! I was stunned by the vitriol other writers unleashed at the news of Janet Evanovich's new contract. Especially since most of it came from women.

Thank you, Sandra, for this blog. I too was stunned and disheartened to hear the cattiness over Janet's request.

I won't reiterate everything you said so succinctly...just, thanks.

Such a good post, Sandy! It needed to be said!

A great post. I have always tried to distinguish between "envy" and "jealousy." In my mind, envy is thinking, gee I wish I were as fortunate as Janet, for example, while jealousy says, if I can't have it, I don't want her to have it either. A big difference.

In this case, I am envious of people's success, wishing that I could be successful -- but, I am still happy for their success.

I am also reminded of what a supervisor once told me when I was moaning about a co-worker's promotion. "Life is not a race." A good thing to keep in mind when we see others' good fortune.

And the more women we see getting big bucks, the better. We women should be shouting for joy.

Ah, but envy is one of the seven deadly sins, Grace. I usually associate jealousy with emotional connections between people -- we're jealous when someone we love (a mate, a parent, a friend) prefers someone else.

I think both envy and jealousy are so much a part of human nature that eradicating them would be nearly impossible. And if they were eradicated, mystery writers would lose one of the most common murder motives for their characters. :-) But oh, the damage envy and jealousy can do.

Hear, hear. We've all moaned about the lack of women being reviewed, the lack of the mention of women in the various Top 10 or Top 100 mysteries, or the fact that most of the prizes and accolades go to male writers, yet when a woman gets into that league all we do is bitch? Where's the sense in that?

You often are one of my go-to sources for clarity and thoughtfulness.

Great post, Sandy. Sour Grapes are such a universally human reaction to the success of others that they're documented at least as far back as Aesop.

I wonder if the vitriolic comments about Alan Bradley's novels on DOROTHY-L have an aspect of Sour Grapes to them.

Thanks for stating everything so succinctly. I was a little mad at James Patterson (but not Stephen King or Grisham) until I heard of J. Evanovich's $50 million. I've met her at a conference and she's a very likable person who, I'm sure, works her butt off to satisfy her readers.

What a great post, Sandy! Writers need to support writers. And yes, in general people who make big money make it because they are TALENTED. Isn't that the way we still want it to be when our talent is discovered? :)

A gracious, fair and thoughtful post, Sandy. Thank you.

Well said, Sandy! Ms. Evanovich's success can only help us all as writers. And few writers have been able to make me laugh out loud the way she has.

Well, said, Sandy. Envy is an intial gut response that says, I wish that were me. But on reflection, whatever one thinks of her merit, she earned St. M's big bucks and will do so for Bantam. We all can't be midlisters. ;-D

Envy doesn't help any. Of course we all wish to be more famous, make more money, but that's probably not all that important in the scheme of things.