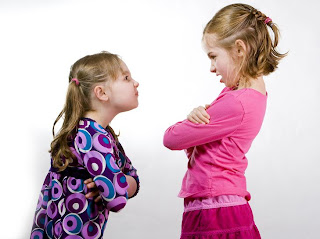 Troublesome siblings are everywhere in crime fiction. Evil twins, bad-boy brothers, sisters who have shamed the family. Sibling problems drive the plots of a lot of mysteries and thrillers.

Since 82% of Americans have siblings, and some degree of rivalry is the rule rather than the exception, it’s not surprising that this is such rich soil for writers – or that brother/sister problems strike a chord with readers.

My first published novel, The Heat of the Moon, has inspired a lot of readers to confide very personal things about their own lives. It’s a heady experience to have someone tell me, “I never really understood my relationship with my sister until I read your book.” My character Rachel’s ambivalent feelings toward her younger sister, Michelle, who is clearly their mother’s favorite, seem authentic to readers, and I’m always glad to hear that I “got it right” even though I was just trying to tell a good story, not lay bare the psyches of strangers. 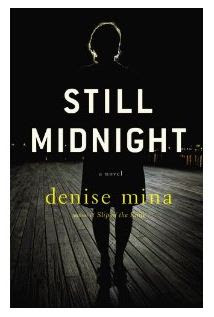 Rachel’s sister is an angel compared to some fictional siblings. Cops in novels may be burdened with bad-seed brothers or sisters they’d like to keep secret. For example, in Denise Mina’s Still Midnight, her cop heroine dreads the collision of her professional duty with her shady brother’s illegal business. It’s only a small part of the story, but anyone who has ever cringed at a sibling’s misdeeds can relate.

Lisa Scottoline’s protagonist, attorney Bennie Rosato, is plagued by an evil twin who has burst into her life and wreaked havoc in two books, Mistaken Identity and Dead Ringer. This is sibling rivalry to the nth degree: Bennie’s twin wants her disgraced and dead.

The previously unknown sibling has also been used in a lot of novels. For example, Tess Gerritsen’s medical examiner, Dr. Maura Isles, didn’t know she had an identical twin until she found her mirror image sitting dead in a car outside her house at the beginning of Body Double.

Gerritsen’s Detective Jane Rizzoli has a less dramatic but painfully believable sibling problem. Her mother dotes on Jane’s worthless brother, while constantly finding fault with Jane and discounting her professional achievements. Only when Jane marries and produces a baby does her mother feel she has accomplished something admirable.

True, some protagonists have great sibs, untainted by competition for their parents’ love. Nevada Barr’s Anna Pigeon is close to her sister. Margaret Maron’s Deborah Knott has almost a dozen brothers and adores them all. Others confide in siblings or even solve crimes with them. Conflict is more common, though, and often more realistic.

Developmental psychologists have observed that sibling rivalry starts as early as the first year of life. Even at that age, a kid can tell if he’s getting the smallest servings of mom’s attention and affection, or if he’s somehow being treated as special, more loved and admired than other children in the family. A child incorporates those differences, whether favorable or unfavorable, into his view of himself.

These early influences can make us stronger and prepare us to live in the wider world – or they can establish a pattern of juvenile rivalry that will last a lifetime. Many siblings forgive and forget and become friends as they grow up, but some remain competitive forever. How many middle-aged sisters do you know who argue over which will inherit some treasured possession from their mother? How many middle-aged brothers do you know who constantly try to outdo each other professionally and personally? How many adults, with children of their own, still dread family holiday gatherings because they know they’ll end up reenacting old rivalries and competing for their parents’ approval?

Is it any wonder that so many real-life murders are committed by relatives of the victims? And that toxic families are at the heart of so many crime novels?

Do you have a favorite “toxic family” mystery? Or a story of real-life sibling rivalry you can share?

My mother was an only child; her father was too, and her mother was an orphan. My mother decided that I should have the pleasure of a sibling, so I have a sister who is four years younger. It didn't work out: sibling rivalry from Day One. Only as adults have we managed a lasting truce.

Children may grow up in the same household, but their "micro environments" can be radically different. I don't think unequal treatment is always conscious on the part of parents. They may believe they love their children equally and treat them the same, but differences do exist and children do internalize them. This leads to healthy incomes for psychotherapists. :-)

I had that with my parents and younger brother. He could do nothing to please my father from the get go. It may have had something to do with Mom being put in a sanitorium for TB when he was just a few months old. My mother was always going to the other extreme. I realized what was going on as a teen and didn't appreciate Dad's attitude so basicly ignored HIM. My brother seemed to get into trouble of one kind or the other over his teen years - which was potentially damaging to my Dad's military career. However, as an adult, he didn't improve. Didn't get into trouble, but never did a thing with his life. Mom was always giving him money - large amounts - on the sly. I was glad to move away when Mom passed away. I figure they will lead miserable lives (they're in their late 50s & early 60s now) now that Mom's not there to feed their greed. That's their problem, not mine. Most people have something from their early lives to overcome. They need to get over it and live productive lives as adults. Most do.

Okay, this is a fictional situation I'm going to talk about (I have a brother and we get along fine even though Mom always liked him best.)

-- I just finished my fifth Elizabeth Goodweather book -- all about Elizabeth and her Very different sister and the minute I put the two together on the page, my dear sweet Elizabeth turned into a snippy, snarling, tooth grinding bitch.

I began to worry that readers would find both sisters intolerable and had to work hard to bring about detente in the novel.

I don't have a sister -- and my mother was an only child. My observation of the sister dynamic is based on friends. It's actually rather scary sometimes.

It can be scary, Vicki, but fortunately a lot of siblings grow out of their rivalry. It seems to me that sisters who are close in age -- a year or two apart -- have the best chance of growing up as friends. Boys seem to be competitive no matter what.

I have a thriller coming out next year, THE BABY THIEF, that involves sisters who never knew each other. And in my next Detective Jackson story, readers will finally meet his elusive brother.

You're right, most of have siblings, and those relationships eventually play out in our stories.

I am the youngest of three girls and despite the fact that my sisters claim I am spoiled absolutely rotten. I think they are mistaken.

My favorite sibling rivalry is the one between Stephanie and Valerie Plum. Valerie, Miss Perfect look like the Virgin Mary, has the perfect marriage and hair-do -- ends up divorced and living with her parents and pregnant. Face it we all love the perfect to fall every once in a while.

There are parents who intentionally see to it that their children don't get along so they can play them against each other & otherwise control them. My mother was one of those. In retrospect it is interesting to chronicle IF YOU WRITE and only if you write and share it that way or in some other way that might be helpful to others. Seeing bad parents in action makes one appreciate the good ones one sees and knows. I had one of each extreme -- a very good though oblivious father and a very bad mother -- and have seen many varieties of others so when it is time to add siblings to my novels they won't necessarily reflect the psycho mother & (apparently) psycho sister that I had though at least one example will. This is a certainly a rich and varied area for writers to mine, I think.

Gosh, my sister and I get along fine the vast majority of the time. We discuss a lot with each other and are very frank.

We bonded years ago and it helped us weather the storms of our family. It only made us each stronger to have each other.

I sorely miss all of us singing folk songs together and my sister, who is a classically-trained singer, teaching me to harmonize and giving me musical directions. Although I'm older, she was the teacher there and I loved every minute of it. What I wouldn't give to have those moments back. And many others.