The Landscape of Genre Fiction

The more I read, the more I realize how few characters of color there are in genre fiction. There are more than ever before, and yet that number is still woefully underrepresented in comparison to the population breakdown. More often than not, those multicultural characters play supporting rather than starring roles.

I wondered why this was, but then, as I listened to conversation unfold at my most recent book club meeting where we discussed Kathryn Stocket’s The Help, I realized that a great part of the reason likely stems from the fact that there is still a lot of prejudice in the world,

and publishing being a business, I can only assume that there’s an assumption that having multicultural characters limits the target audience.

Who are the majority of mystery readers? Romance? Sci-fi? I don’t have those statistics, but chances are, the numbers tilt the scales toward the all white side. I’d like to think that the underrepresentation of multicultural characters in genre fiction has more to do with ignorance than it does with strategy, but knowing what I know about people and their beliefs from where I live in the South, I think strategy and business planning is the reason for the homogenous characters in genre fiction. Prejudice exists, even amongst those who don’t believe it does. Even amongst people in towns who think they are open-minded. Even among children today, which is the scariest part.

What I love about The Help is the message that we are all the same underneath our colors (not a new concept, but one that bears repeating), and that change can truly begin with just one person. It may be slow, and it may be an uphill battle, but it can happen, and it has happened--over and over again.

The discussion of African American writers’ books being placed only in the African American book section of the bookstore has been going on since I began my writing career years ago. Book sellers, it seemed, thought putting all the books that had black characters and/or themes together would make them easier to find. 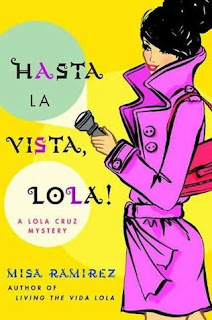 On the flip side, the implication is that those who aren’t black need not bother looking in that section since those book clearly aren’t meant for them. Their intended audience was made clear. Somebody who’s not black wouldn’t want to read genre fiction about a black character. Wrong. At least that’s my opinion. We share this town, this state, this country, this world. We experience the same love, pain, joy, triumph, sadness, fear. Books are about the human condition, and we should share shelf space in the bookstores.

In my local store, this pigeon-holing of books isn’t as apparent, thankfully, but I wonder how it is in other parts of the country. I recently moved from California to Texas, and prejudice exists in so many ways here where it didn’t in California (not to say there isn’t prejudice there--there is). Reading the afterward in The Help enlightened me to how prevalent the class structure and prejudice still is in the deep south. Blatantly so. Disturbingly so.

Is it fair to assume that all people aren’t interested in the human condition, regardless of the color of the characters in a particular book? I don’t think so. I married into a Mexican family. My husband is Mexican American, born here, but with a strong sense of his family’s culture. This is a culture that I love and want to make real for my children. I want them to fully embrace their heritage, and to figure out what that means in their lives. That’s the very reason why the main character in my mystery series is a Latina. She is my children. Her family is our family. She represents one of the many manifestations of a Latina in America today, and her family is just one representation of a Latino family, just as my own family is.

I’ve tried to write books with no multicultural characters (and this took concerted effort), but ultimately I couldn’t do it. We live in such a diverse country, and there are so many unique perspectives on the different cultures represented here, that to write something completely white-bread seems so removed from real life, and frankly very uninteresting to me as a writer. That’s not to say that I don’t love a good book that happens to have all white characters. I do, because something about those characters speaks to me on some level. But show me a layered individual who has a sense of culture different from the stereotypical view of America and I’m drawn in instantaneously. That’s a book I’ll probably prefer.

I’d love to hear your thoughts on this topic. Do you think the publishing landscape is becoming more colorful?

Misa Ramirez is the author of the Lola Cruz mystery series: Living the Vida Lola (January ’09) and Hasta la Vista, Lola! (2010) from Minotaur Books. A former middle and high school teacher, and current CEO and CFO for La Familia Ramirez, this blonde-haired, green-eyed, proud to be Latina-by-Marriage girl loves following Lola on her adventures, whether it’s contemplating belly button piercings or visiting nudist resorts. Misa is hard at work on a new women’s fiction novel, is published in Woman’s World Magazine and Romance Writers Report, and has a children’s book published.
Posted by Elizabeth Zelvin at 3:00 AM

Hi Misa,
This is a facinating topic. I too moved to the south from California and have noticed a big difference. Mainly in that people seem to separate themselves into groups more. I've actually learned to appreciate the cultural difference more here. I guess because there isn't as much of a blending of society here. I like it. So, I'm curious tell me about your story? Tell me about your heroine!

Thanks for stopping by, Cynthia! My favorite thing to say is that Lola is my alter ego, if I were a sexy, Latina detective! She's really what I imagine my own children to be in how they balance who they are the two cultures to which they belong. I wanted to create a character who my daughter could relate to, someone who is American, but who also embodies being Latina within America.

It's definitely a different experience in the South than in California, sometimes good, sometimes bad. What I believe and how I view people, races, and cultures has become much more part of my consciousness now that I live in the south. You bring up an excellent point that it's almost easier to appreciate cultures here because it isn't as big a melting pot, but there's also less tolerance and more judgement which is tough to see.

Great post, Misa! Unfortunately, based on my own experience, I don't think the publishing landscape is becoming more colorful. One has to look no further than the recent controversies over the two whitewashed Bloomsbury book covers (Liar and Magic Under Glass) to see what I mean.

I feel that readers will read a book that appeals to them, no matter the race of the characters or the author, if they know about the book. But you rarely see books by a authors of color getting the big push from their publishers.

"If they know about the book"

I hate the way books are still separated into categories, according to which group the publishers believe will be the exclusive audience for them. Categorizing books that way -- black fiction, Latin-American fiction, gay fiction -- usually guarantees that they will not reach a broad audience.

Your children, Misa, are the new mainstream in America: multicultural, multilingual, and far more accepting and embracing of all our differences. Which is why it's so sad to see that publishers still want to market books by placing them in antiquated categories. Sadly, this doesn't bode well for those of us who are the "other" in color or in ethnic origins because until publishers catch up with reality, we are still going to be relegated to Latino/African-American literature, which, as Angela points out, means less marketing by the publishers.

I'm a reader rather than a writer so the marketing system is outside of my experience. I read a lot and mostly mysteries. I love getting to see the world through another's eyes. While I'm less interested in seeing the world through the eyes of truly villainous people I am interested in seeing through different eyes than my own. That definitely includes people who have different ethnic backgrounds than my own. Fiction is a fabulous way to be introduced to new and different things and people.

I am southern born and bred, and unfortunately the color divide is alive and kicking. I would love to find books of all cultures and races situated side by side on the shelf with no designation, no segregation. Maybe someday!

Thanks to Poe's Deadly Daughters for having me here today!!! What a great, and important, discussion. That's for a the wonderful comments.

Good day, sun shines!
There have been times of troubles when I didn't know about opportunities of getting high yields on investments. I was a dump and downright pessimistic person.
I have never imagined that there weren't any need in big starting capital.
Now, I feel good, I started to get real money.
It gets down to select a proper partner who uses your funds in a right way - that is incorporate it in real deals, parts and divides the income with me.

This is such a good discussion. So glad to see your books and I hope they're in the NY Public Library system.

Agree about not separating books as is described. Readers should bring it up in bookstores and to publishers constantly to try to get this changed.

Sorry to hear about Texas, but friends who live there (and the news) constantly bring up the segregation and prejudices that exist there--the Tulia case which never saw justice (brought up in the NY Times and on PBS) for falsely jailed African American people; that's only one example.

Hope your books do well and this is something we can all work on.

Fiction is definitely a way to tell readers about many cultures and conditions of life, and to
raise consciousness.