Dr. Charles Atkins, psychiatrist and thriller writer, and I met as fellow panelists at the New York Public Library.

The panel, sponsored by MWA New York as one of its monthly events, brought together a group of professionals--psychiatrist, doctor, lawyer, psychologist, social worker, and reporter--who use what they know in the crime fiction they write. Dr. Atkins had some good answers, which Poe's Deadly Daughters shares with our readers today.

To lead with the question that started our panel at the library, how does what you do as a psychiatrist inform your work?

It has everything to do with it. My day job as a psychiatrist finds its way into both my fiction and non fiction. Writing provides another means to explore what I find so fascinating about working with people. Obviously I don’t write about specific patients—that would be bad—but if I’m working with kids I’ll write about how it happens that a child grows up to become a sociopath (RISK FACTOR, THE PRODIGY). 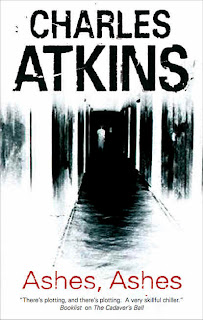 Or in the case of my first novel—THE PORTRAIT—I wanted to have a person with a major mental illness, in this case Bipolar Disorder, be the hero in a mainstream mystery. And it’s similar with my other novels; they are first and foremost fast-paced and entertaining thrillers and mysteries, but embedded in each are explorations of what I consider fascinating subjects in psychology/psychiatry and human psychopathology.

For the non fiction, it’s quite similar, but it goes further than just the connection between my two careers. I’m from a family with significant mental illness—some who cop to it, others who don’t. I’ve also had a couple rather bad bouts of depression in my life. So when my literary agent had a publisher query him about finding an author to do a book on bipolar—THE BIPOLAR DISORDER ANSWER BOOK (Sourcebooks)—I raised my hand. Again one career feeds the other, and this, as well as the following book on Alzheimer’s and Dementia, provided me a fabulous opportunity to read hundreds of articles and meet with leaders in the field. My first hand experiences with mental illness—both personal and professional—gave me the added insight that in order to do books like this right, it’s important to not just talk to the medical professionals, but also to leaders in the consumer movement, family members and people with the various conditions.

Why do people kill? And are their reasons any different in fiction—yours and others’—than in real life?

As a writer getting the motivation for your killer correct is paramount, and I can’t think of an example where fictional motivation to kill would be different from real life. The reasons why people kill aren’t a lot—love gone bad, money, lust for power, a need to cover up wrong doing, warfare and revenge. I suppose the major difference between reality and fiction, is that in fiction we can go ahead with the murderous impulses we would never pursue in real life. In my most recent novel—MOTHER’S MILK—my female villain is a woman who was betrayed by her husband of many years—a philandering plastic surgeon who seduced a teenage girl they’d taken in to foster. 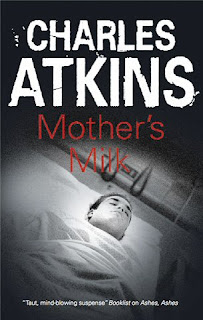 In real life this would typically end in an ugly divorce. But my villain took another course, one that many (possibly most) women who’ve been betrayed at least fantasize about—what if I killed the bastard? Or what if he just dropped dead? Wouldn’t that be easier?

Booklist called the protagonist of your thriller, ASHES, ASHES “thoroughly evil,” and you’ve said yourself that your novel, RISK FACTOR, “explores the question of whether a child can be born pure evil.” Do you think that evil exists, and if so, what is it? What’s the difference between evil and sociopathy?

Evil—the deliberate and potentially avoidable infliction of pain and suffering—most definitely exists. Because sociopaths—individuals who don’t care for the feelings and rights of others and who are purely motivated by getting what they want…now!—often commit acts that will be evil. It doesn’t mean that all sociopaths will take this path—some learn to cover their inner lack of empathy and put on a face of social acceptability while all the time believing they are above everyone else. For others, and this is the meat and potatoes for writers like us, they will let their desires instruct their behaviors and do some very naughty things.

What do fiction writers get wrong about psychiatry and also about mental illness? Do you have any pet peeves on that topic?

This is a huge topic. Accurate portrayals of mental illness in the media are few. People with mental illnesses are frequently portrayed as dangerous, are often confused with sociopaths, and inaccuracies around diagnoses and terms run rampant. The same holds true for depictions of mental health professionals; if we believed the media we’re all murderous sociopaths who hop in and out of bed with our patients. While this might make for pot boiler fiction, it’s far from the truth and fuels the fires of stigma and prejudice against people with mental illness and the people who work with them.

What kind of boundaries do you maintain between your “two hats” as psychiatrist and crime fiction writer?

I never write about specific cases, and I’m very clear that when I hit the road to do lectures and speaking gigs that people know I’m not trawling for patients.

Do your patients ever read or ask about your books? How do you feel about that? ;) How do you handle it?

As I become more successful, and am often in the paper—hopefully not the police blotter—patients will ask me about my books and career as a writer. I’m quite open about what I’m working on and generally answer questions as I would outside the office.

What are you working on now?

Where my Barrett Conyors series of thrillers (THE PRODIGY, ASHES ASHES, and MOTHER’S MILK) is currently under contract for a potential TV show, I’ve moved on to a new and quite large project. I’m also veering slightly from the realm of reality and starting a group of supernatural thrillers that key off classic books such as FAUST, PARADISE LOST and Dante’s INFERNO. That said these are still very much rooted in my day job and are going after hot-button issues such as the perversion of the medical profession by the pharmaceutical industry. The first of these is entitled—GO TO HELL—and the manuscript is currently with my agent, Al Zuckerman/Writer’s House.

Charles Atkins, MD is a board-certified psychiatrist and author. He is a former medical director for the Department of Behavioral Health at Waterbury Hospital, and spent six years as the regional medical director for the Department of Mental Health and addiction Services (CT). He currently practices part-time at Waterbury Hospital.

As an author, Dr Atkins has published six psychological thrillers; his first non-fiction book THE BIPOLAR DISORDER ANSWER BOOK was published in fall 2007 and his second, THE ALZHEIMER’S ANSWER BOOK was released in 2008.
In addition to books Dr. Atkins has published hundred of articles and columns in both professional and mainstream newspapers, journals and magazines; he has been a consultant to the Reader’s Digest Press and lectures extensively.
Posted by Elizabeth Zelvin at 3:00 AM

Welcome, Charlie, and thanks for blogging with us. I can think of several people who might be glad to have your Bipolar and Alzheimer's Answer Books. Like my specialties (alcoholism and codependency)--and unlike serial killers!--these illnesses hit everywhere.

I agree with Elizabeth...there are probably a lot of people who would be interested in reading your Bipolar and Alzheimer's Answer books- I surely am. I have been reading a lot of books on bipolar disorder in order to better understand my nephew who was recently diagnosed with this disorder. Carlton Davis', memoir titled, "bipolar bare," was a real eye opener for me- it was educational to see through the eyes of someone living with bipolar disorder... to experience what goes through their minds. There is still so much for me to learn and understand.