Fear of Flying and Other Uncontrollable Phobias 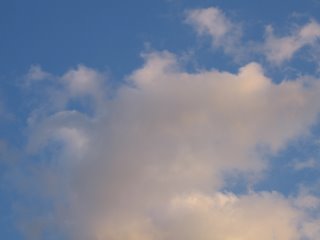 I am a published author, which was a long-standing goal of mine. Now of course the goals simply escalate. I need to publish more books, build a readership, build a reputation, make more money. But what if the big break really happened? What if someone called and said my book was being made into a movie, or a new book had been offered a huge advance, or some other unlikely scenario? And what if, in addition to all that, I was required to get on a plane?

I don't know if I could do it. I've never been on a plane, aside from my babyhood. I've been told all of the rational reasons why this makes me a fool: car accidents are much more common, airplane technology is so advanced, most airlines have very few accidents on record, some have none. Blah blah blah.

My fear of planes isn't about anything rational, although it is about a need for control. Number one, I feel that if I'd prefer not to die in a fiery crash (and I do prefer that) then one way to guarantee it doesn't happen is not to leave the earth. Makes sense to me. Number two, I'm a Capricorn. The Goat. We goats were meant to keep our little hooves on solid ground--it's written in the stars. Number three, I see no logic in placing my trust in a pilot that I don't know. And number four, it only took one glimpse of wreckage floating on the ocean--way back in the seventies--to make me say, "No thanks" to planes. And that was long before September 11 gave me more horrible visuals.

The biggest plane crash that probably affected me in my childhood was Flight 191, which crashed leaving O'Hare. It had severed its main engine on take-off. The impact killed 258 passengers, 13 crew, and two people on the ground. It was May of 1979; I was fifteen years old.

My mother and I read about the crash with horror, especially the sidebar in the Chicago paper that said a writer named Judith Wax (I remember this clearly after thirty years) was killed in the crash, along with her husband Sheldon. That same year Wax had published a book called Starting in the Middle, in which she had written about her fear of flying. Added to that irony was that the passage was on page 191--the number of the ill-fated flight.

I think I may have inherited my fears from my mother. I literally think some fears are implanted in the DNA. My mother never told me to be afraid of water or of planes, but I'm afraid of both, and so is she. I really don't know how she made it here from Germany without having a major panic attack. When we were children and we would walk by some lake or river on a family vacation, my mother would become pale with fear, would nip at our clothing with her fingers, pulling us back from the sides of bridges that had huge safety gates. It didn't matter, and now I feel that same fear with my children. I fear that they have no fear of death, and therefore no built in protection. I also obsessively think of the worst case scenario. What if they fell in to the lake, the river, the deep end of the pool? I can't swim. I can't save them. I have become my mother, and now we worry about the children in tandem.

I can't swim. I took swimming lessons twice, once as a child and once as a young adult. I failed. In my defense, the teachers were terrible both times, but still, this is bad for my own children, who might enjoy water fun if I ever felt like indulging. They've been to the pool with neighbors and friends; they've been in hotel pools. But Mommy doesn't join them.

Naturally, if I were ever forced to get on a plane, I would have to fly over water. Then I'd be forced to confront two fears at once, and I'm not convinced this is a good thing. People who love flying should fly. People who don't, I think, should stay on the ground.
Posted by Julia Buckley at 12:00 AM

Labels: fear of flying; why some people don't fly

This is such a good column.

I, too, fear flying. Years ago, flew with my then-partner who also is airplane phobic. We both got sloshed. That was the only way to do it. Haven't flown since and am so glad as it seems like terrible accidents are happening more frequently as airlines cut costs and staff.

I remember when I became afraid of heights, was in Mexico at the pyramids in Yucatan with my family; I was 19. My father got very shaken up climbing up the narrow steps, holding a chain. I was with him and was influenced by his fear. Years later, my sister, who was then 15, told me the exact same thing happened to her. She saw our father's reaction and developed a fear of heights, too.
I also think of worst-case scenario in many situations. I worry when friends fly overseas, worry about a friend's grandbaby, who at 1 1/1 is taking swimming lessons for babies. It makes me nervous.

I hear you. I'm sure this is something along the lines of OCD or panic disorder, but those things are also hereditary--I see them in my son, as well.

And that Yucatan trip sounds terrifying to me. :)

Really I think we're just the victims of our own brains.

I agree that a tendency toward fear is hereditary. I watch my adult daughter mirror many of her father's anxieties, although her early-life experiences were nothing like his.

Acknowledging the fear as part of your personality helps. Dealing with it is another question. I think if it interferes with your day-to-day living (for example, both my husband and daughter have issues with sleeping), then you might want to seek outside help.

Would you turn down a movie deal because you hate planes? Maybe you could take a train cross-country (can you still do that?) or drive--which would give you something to write about.

And most of the Yucatan is flat, except for those pyramids, which apparently were built by people with very small feet--the steps are wicked.

Too right, Sheila. It's a case of "we'll cross that bridge when we come to it."

I'm familiar with the sleep issues; I don't have them, but my son does.

I'm a terrible worrier, and I have an embarrassing number of phobias (heights, water, fire, spiders, confined spaces, etc. etc.), but oddly enough I'm not afraid to fly. I don't think that understanding our fears will necessarily help us overcome them. You can't reason away a phobia. And yes, you can still take the train -- but it's a long, slow way to travel.

Yes, it is. There's nothing so direct as flying, and I admire the idea of flight. In theory. :)

I do not like to fly. It ruins my illusion of "I'm in control" something awful. I particularly do not like to fly over water. I also do not like the pilot to jauntily announce, "We're cruising at 32K feet." Don't want to know that as I immediately start to do the 32 feet per second squared math to determine how long it will take for me (and the plane) to reach the ground. Luckily my math fails me rather quickly on that one.

Still I fly regularly. I just let the Head Office (pointing upward) know that I would really appreciate it if someone kept me and my fellow passengers safe today. Always tell my hubby goodbye and kiss him. Then rest is out of my control. Still don't like to fly, but I get where I need to go. Now if I could only afford to sit closer to the front of the plane rather than in steerage.

Jana, that is so funny. And good for you for working through those fears.

The same thing that keeps you in steerage helps contribute to keeping me off the plane. I don't really have anyone far away that I need to see (although I have some distant European relatives), and travel is expensive!

The Yucatan was fine, beautiful. All was okay until we were on the pyramid's steps. Wonderful in Mexico City, Yucatan, Taxco, Cuernavaca. In Acapulco, my father had to pull my sister out of the way of a barracuda that jumped up alongside the boat we were on, near her.
Other than that one experience with the pyramid steps, my father never showed any fears. He tried new sports even as he aged, traveled in Europe, always tried new things.

Kathy, your dad sounds like a wonderful guy, and the coolest thing is that he took you on such a great vacation!