Why are so many people in prison? 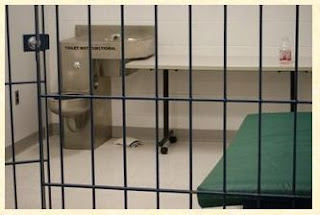 Did you know that one out of every 31 adults in the U.S. is either in prison or jail or on supervised release from incarceration?

That startling statistic is in an article by Senator James Webb of Virginia that appeared in last Sunday’s Parade Magazine. I don’t usually regard this newspaper supplement as a source of sociological wisdom, but Webb’s piece is worth every citizen’s attention. Reform of the criminal justice system and our overburdened prisons is one of his keenest interests, and he has the facts, supplied by the Department of Justice, to back up his call for change.

The prison population in this country is up to 2.3 million. Another 5 million adults are on probation, parole, or other correctional supervision. The U.S. has only 5% of the world’s population but nearly 25% of its prisoners – 756 inmates per 100,000 residents, almost five times the worldwide rate of 158 per 100,000. As Webb says, “Either we are home to the most evil people on earth or we are doing something different – and vastly counterproductive.”

What we’re doing differently is putting a lot of people in prison for relatively minor and nonviolent offenses. According to the DOJ, fully one-third of all prisoners are incarcerated for drug offenses. Almost half of all drug arrests in 2007 involved marijuana rather than “hard” drugs. Almost 60% of those imprisoned for drug offenses have no history of violence or involvement in major drug sales. Four out of five drug arrests are for possession; only one in five is for dealing. While marijuana users are serving prison sentences, the Mexican cartels that bring drugs across our borders and into our communities, at an estimated annual profit of $25 billion, flourish unimpeded, and gangs from other parts of Latin America, Asia, and Europe are getting in on the action. Imprisoning users does nothing to stem the drug trade.

Our prisons are overcrowded and dangerous. People who commit offenses that other countries would treat as medical, mental, or social problems are thrown into institutions where violence is a constant threat and diseases such as HIV/AIDS and hepatitis are rampant. Being caught with even a small amount of an illegal drug is enough to ruin a person’s entire future, if he survives prison. According to the DOJ, more than 350,000 adult prisoners are mentally ill. This is some of what we’re getting for the $68 billion we spend on corrections in this country every year.

Some state governments are beginning to realize that their corrections systems have to be fixed – if only because state budgets can’t continue to fund ever-increasing prison populations. Last week, Gov. David Patterson of New York announced plans to roll back harsh sentences for nonviolent offenses. Across the country, leaders are pushing sentencing reform to reduce prison populations and costs. Of course, opponents claim that this amounts to coddling criminals and that we must build more prisons.

Senator Webb proposes a national commission that would take a comprehensive approach to corrections reform and provide guidance to states dealing with overburdened prisons and court systems. Like so many other problems we face in this country, the chaos in our prisons seems overwhelming, and plenty of people will throw up their hands and say it can’t be fixed. But it must be fixed, whether at the federal level or state by state. We can’t look the other way and allow this mess to get worse.

What approach do you favor? Do you believe nonviolent offenders should be given lighter sentences, or probation and community service instead of prison terms?

Do you believe nonviolent offenders should be incarcerated with those convicted of violent crimes?

Do you think drug use should be treated as a crime or a medical problem?

Do you believe marijuana use should be decriminalized?

Living in Texas is enough to make sane people cry out for prison reform--and a change in the use of the death penalty, if not abolishing it.

As a longtime alcohol and drug addictions professional, I can tell you that the issue is not "hard" vs "soft" drugs but incarceration vs treatment. Our policy makers have consistently ignored the ample evidence that treatment works and that it is FAR less expensive than incarceration. About ten years ago, it cost taxpayers $58,000 a year to keep a drug offender incarcerated, and I'm sure that figure has increased greatly.

The cost of housing prisoners is astronomical, and at the end of their time they're likely to emerge as more dangerous people than they were when they went in.

I think this country would save a fortune if they decriminalized marijuana, which no matter what anyone says, is no worse or better than alcohol or tobacco, both legal. The entire legal systems spends billions fighting a lost cause and bolstering organized crime. And tossing people whose only crime is taking drugs into those jails often as not hardens them and turns them into life long criminals, if it doesn't kill them.