Zelvin: Let’s jump right in with a question about the obvious passion for social justice that makes your Lena Jones PI series a standout. Were you brought up not only to care but to do something about the suffering of others? Or did you have a sudden awakening—in the Sixties we called it “getting radicalized”—because of an experience of your own or something you happened to hear or read about regarding, for example, the underage polygamous wives in Desert Wives? 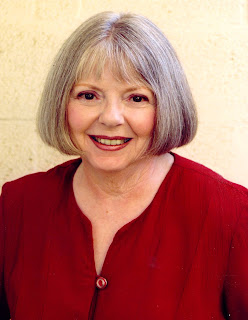 When the Civil Rights Movement came along, there was a lot of heated discussion about the issues involved, and it got very, very personal. After seeing firsthand what any form of blind prejudice could do to a community’s soul, I took part in my first lunch counter sit-in at the age of 13 and never looked back. During the anti-war Vietnam years, however, I noticed that many so-called “social reformers,” while decrying the fate of African-Americans and the Vietnamese, never gave a thought to the many unjustices towards women, so I wound up rebelling against the rebels. It’s always been amazing to me how so many Human Rights movements leave women out of the equation, almost as if women aren’t really human. Same for children.

When I moved to Arizona in 1982, I encountered the same environment. Lots of concern for the rights of various minorities – as long as they weren’t women or children. Men raping little girls in the polygamy compound was considered an expression of religious freedom.

Zelvin: I’ve heard that Desert Wives actually helped bring about legislation that addressed the plight of women like those you wrote about. Can you tell us about that?

Webb: When I wrote Desert Wives, there was no Arizona statute against polygamy. Again, the so-called religious freedom aspect got in the way. But when Desert Wives revealed the tax and welfare fraud the polygamists were engaging in, and a Arizona representative senator got his hands on the book, he took a couple of cartons of it down to the Arizona House and Senate. A state senator took up the cause, and soon the Arizona legislature finally passed an anti-polygamy statute. But I’d like to point out that the statute was passed not because the government was worried about what was happening to the women and children, but because the government was miffed about the financial fraud. 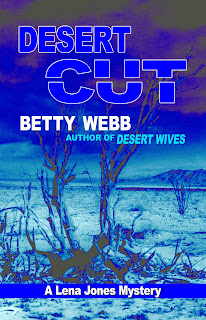 I’ve noticed that the specifics don’t appear in descriptions of the book. I haven’t read it yet—I’m looking forward to that pleasure—but I’m sure I know what kind of abuse you’ve tackled this time, partly because I lived in West Africa many years ago as a Peace Corps Volunteer and remain aware of cultural issues there. Are you leaving it unstated to avoid what mystery readers call a “spoiler”—giving away the plot instead of letting it unfold—or for some other reason?

Webb: I’m leaving it unstated (except for 1/3 way through the book) because I don’t want the plot spoiled. But it’s not just happening in West Africa. The practice is prevalent all through sub-Saharan Africa and the Middle East – and now in America. The only reason there hasn’t been an outcry is because it happens in secrecy, and its victims are women and children. Again, it’s almost as if the worst outrages against women and children are considered not to be part of the Human Rights equation.

Zelvin: Your new series, set in a zoo, will be very different from the Desert books. How do you feel about writing in a more lighthearted vein? Do you plan to pursue both series as long as possible, and if so, on what kind of schedule? And why the zoo? Have you had to research the topic, or did you have a preexisting relationship with zoos and zoo animals?

Webb: Oddly enough, The Anteater of Death and the rest of the zoo mysteries (there will be at least five) came about because I was dealing in so many heavy subjects, especially during the writing and research for Desert Cut. I needed a laugh, and since my volunteer work at Monkey Village in the Phoenix Zoo had me laughing all the time, I thought... why not? I'm crazy about animals. My current menagerie includes 4 cats and two dogs, but in the past I’ve owned horses, goats, chickens, hamsters, parakeets... the list goes on. Animals are so straightforward. Well, except for the monkeys, who lie and sneak around a lot. As to Teddy, my zookeeper sleuth, she harkens back to my younger days in California, and to the time I briefly lived on a boat. Ah, those were happy, goofy days.

I'll continue the Lena Jones Desert series, too, but every other book will be a zoo mystery.

Zelvin: In general, how much research do you do for your books, and how do you go about it? What is your writing process, both on a daily basis and in the course of producing a new manuscript? What part do you enjoy most? What do you enjoy the least?

Webb: The research for Desert Wives took around three years; the same for Desert Cut. I am fortunate in that as a journalist, I had access to not only my own stories and research, but stories written by other journalists, as well as their research (I still have friends in the business). I was able to interview the victims of these practices, as well as the doctors who eventually treated them. I research not only before, but also during the writing – it’s a never-ending process. I still keep an updated file on polygamy and the practice in Desert Cut, because I care about the causes, not just the books.

My writing starts around 4 a.m. every day and continues to around noon. Then I take a walk, read, watch a little TV (Twilight Zone reruns, Jerry Springer, etc.), and – when my brain has returned to more-or-less normal – go back to work. What part of the process do I enjoy most? The research and dreaming up the plots and characters. What do I enjoy least? Writing the first draft. Second, third, fourth, and fifth drafts are fun, but first drafts terrify me. I’ve tried writing first drafts both with and without outlines, but no matter how I approach those devils, my first drafts leave blood tracks on the keyboard. If I could figure out a way to write a book without doing a first draft, I’d be the happiest woman on earth.

Zelvin: You were a reviewer for many years as well as a writer. To what extent did that affect you as a reader? as a writer? as a writer among your fellow writers? Do you still do any reviewing? What kinds of mysteries do you read for pleasure? What else do you read?

Webb: Being a reviewer for 20 years – I’m still doing it, now for Mystery Scene magazine – has had a lot to do with my own writing. I’ve been able to see where books can go wrong, when they go right, what kinds of characters hold my interest, and what tone and style work best for what plot. By the way, I use this knowledge in my Creative Writing class I teach at Phoenix College.

Since reviewers get books several months before they’re published, I’m able to see trends in the making. One time, though, I received a nasty shock from an ARC (advance review copy). As I was reading a new P.D. James novel for review, I discovered that she not only had the same plot I was working on for Desert Shadows, but actually used the same last line I did! So I had to re-plot and re-structure my own book in three months (I’d promised delivery on a certain date). It just about killed me.

What kinds of mysteries do I read for pleasure? To no one’s great surprise, I like the dark plots, haunted main characters, and lots of atmosphere. However, I still enjoy a well-crafted cozy (or I wouldn’t have bothered to write one, myself!), just as long as the character and plot don't tip over into goofy. I also read a lot of what has been termed “literary fiction.” Carol Shields is my god – or should I say goddess? I think her Unless is one of the finest, most compassionate books ever written. And Larry’s Party is stunning. Another favorite is Frederick Buechner, a minister who writes brilliant, non-self-righteous fiction. His Lion Country, about a shifty diploma-by-mail preacher, is an out-and-out miracle.

Zelvin: The bio on your website suggests a very interesting life, listing such varied occupations as folksinger, artist, chicken farmer, and go-go dancer as well as journalist and writer. Has it always been fun? What are the high points for you? Are there any dark passages in your life that you’re willing to talk about? And how has your own experience affected the way you write and what you choose to write about?

Webb: I’m one of those people who, when looking for a job, always asked myself: which would be the most fun? And I always went for the fun job, even when it paid less. Oddly enough, being a folksinger turned out to be boring for me, because I had to keep singing the same songs – rehearse them, even! Booooring. Chicken farmer was fun because chickens are crazy. But being a journalist was the most fun I’ve ever had, because I got to interview so many of my heroes – Buzz Aldrin, my beloved Carol Shields, Jimmy Carter... the list is a long one. The excitement of a news room is like nothing else; there are moments when I miss it so much I can hardly stand it.

Dark passages in my life? Ha! As the old joke goes, if I told you, I’d have to kill you. Let’s just say this: there’s a reason I murder people in my books.

Zelvin: In literature and in life, what remains on your to-do list? What are your dreams and goals?

Webb: I want each of my books to be better than the last. I believe that self-satisfaction is the enemy of progress, so I take heart in knowing that I have room for improvement. As for the other items on my to-do list, at this weird stage of my life, I’ve decided I want to make a CD of my own songs. Problem is, I’ve forgotten how to play decent guitar, and my voice is now a croak when it used to be a pretty soprano. But as soon as I’m finished with Desert Sins, the sequel to Desert Wives, I’m going to drag that old guitar out and croak my way through 12 tracks.

Betty Webb is a journalist-turned-mystery author who has interviewed everyone from U.S. presidents to the homeless. Her best-selling Lena Jones detective series, published by Poisoned Pen Press, has garnered rave reviews from the New York Times, Chicago Tribune, and other prestigious national publications. Desert Wives, a mystery set in one of Arizona’s notorious polygamy compounds, is in development to become a Lifetime-TV movie and series.
Posted by Elizabeth Zelvin at 10:00 AM

I've just finished Desert Cut, and I admire how you incorporate a disturbing theme, which your protagonist obviously feels strongly about.

About your new series (love the title!), do you feel the need at this point in your writing career to seek a lighter, funnier counterbalance to the Desert series, for your own mental health?